Rubio braces for attacks in debate 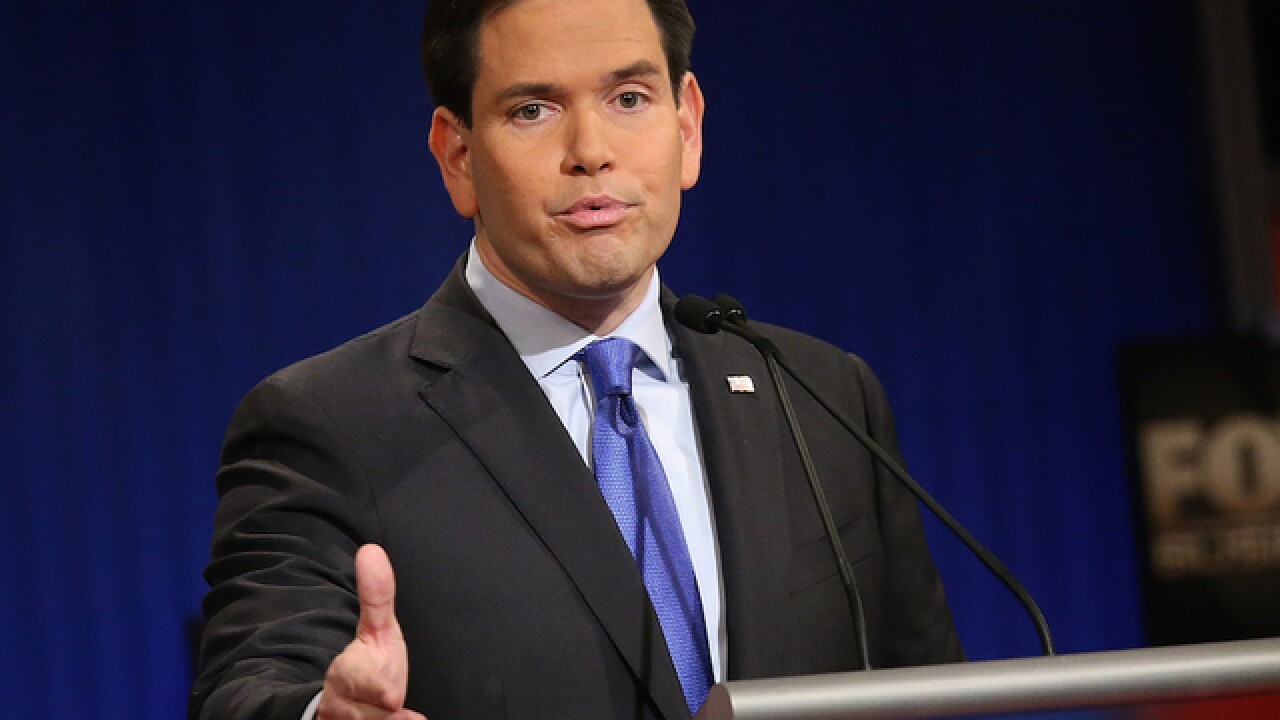 MANCHESTER, N.H. (AP) — Marco Rubio headed into the latest Republican debate ready for an onslaught of attacks about his experience and preparedness from a trio of rivals whose performance in the New Hampshire primary on Tuesday will be critical to their White House hopes.

Donald Trump also was rejoining his competitors in the debate arena Saturday night after having skipped the previous faceoff in Iowa. He finished second in the Iowa caucuses and has spent the past week complaining bitterly about the result.

While Iowa shook Trump's grip on the Republican field, he has led New Hampshire preference polls for months and the state is still seen as his to lose in Tuesday's voting. However, Rubio appears to be gaining steam following his stronger-than-expected third-place finish in Iowa, drawing big crowds across New Hampshire — as well as a flurry of criticism from other contenders who say the first-term Florida senator lacks accomplishments.

"He's a great guy, but he's not a leader," said former Florida Gov. Jeb Bush. New Jersey Gov. Chris Christie has repeatedly derided Rubio as a "bubble boy" whose staff protects him from having to answer tough questions about his record and what he would do as president.

Bush, Christie and Ohio Gov. John Kasich have largely staked their presidential hopes on New Hampshire. Those falling short of a standout finish in New Hampshire will face party pressure to quit the race, particularly if Rubio has another strong night.

Bush in particular has struggled in many of the previous GOP debates. While many of his rivals spent Saturday huddled in debate preparations, Bush spoke to an overflow crowd in Bedford, where he thanked people for asking substantive questions.

"The questions on the debate stage will probably be really stupid," he said. "I'm not very optimistic."

Rubio and the trio of current and former governors are fighting to emerge as the more mainstream alternative to Trump and Texas Sen. Ted Cruz, the fiery conservative who won Iowa. Cruz is so loathed by GOP leaders that some have openly said they would rather see Trump win the nomination despite his inflammatory comments and sometimes erratic behavior.

For Cruz, New Hampshire is less of a natural fit than Iowa, where he had strong support from the state's many evangelical voters. Still, he sees an opportunity for a strong showing that could send him into the coming Southern primaries in a commanding position.

The Republican field was for months a large and unwieldly collection of candidates seeking to put the party back in the White House for the first time in eight years. But the pack has already started to narrow following the Iowa caucuses, with Mike Huckabee, Rand Paul and Rick Santorum all ending their campaigns.

Retired neurosurgeon Ben Carson is fighting to avoid joining that group. After a disappointing showing in Iowa, he took time off from campaigning and hasn't been a major presence in New Hampshire this week.

With fewer candidates, debate host ABC News scrapped an undercard debate for low-polling hopefuls. But their rules for the main event left businesswoman Carly Fiorina as the only candidate without a spot on stage.

Fiorina, the only Republican woman running for president, has protested her exclusion, and party leaders such as 2012 presidential nominee Mitt Romney have come to her defense.