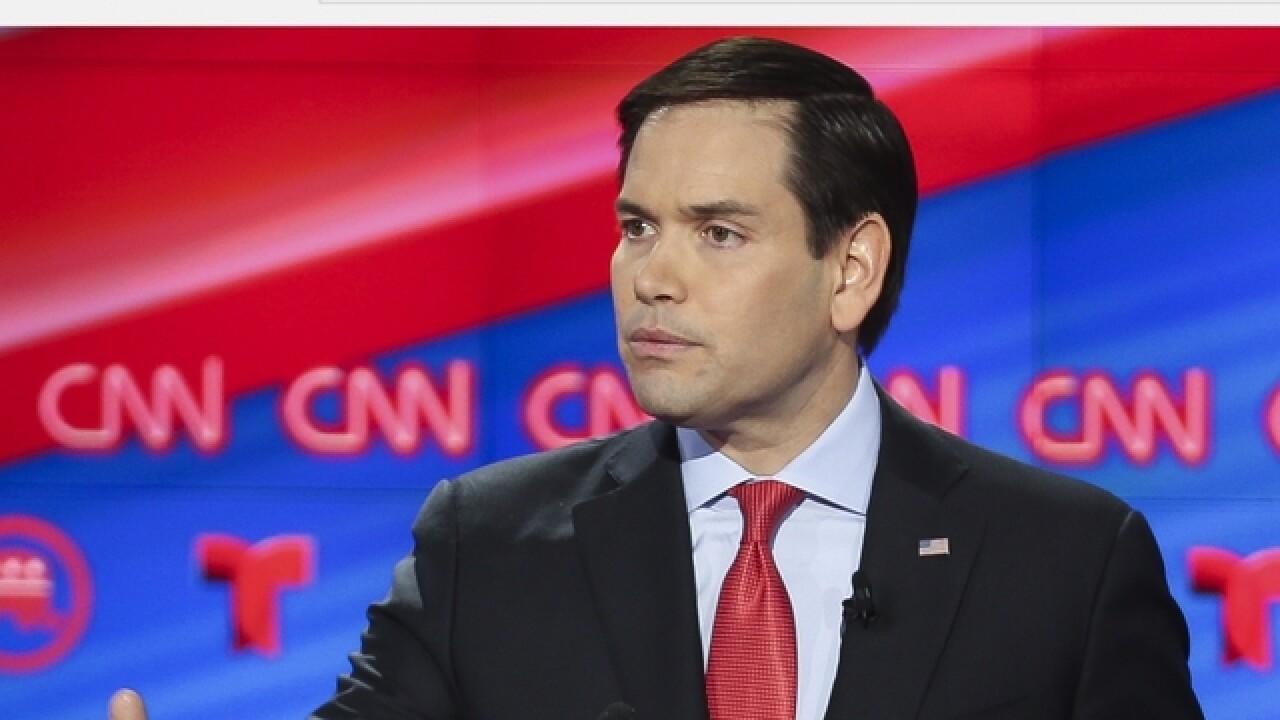 WASHINGTON (AP) — Marco Rubio released summaries of his last five years of tax filings on Saturday, revealing him to be a candidate with a senator's steady annual income of $176,000 who reaped repeated windfalls from book deals. During his first four years in the Senate, Rubio and his wife, Jeanette, together earned an average of $531,000 a year.

Since winning election to an office in Washington, Rubio's income has ranged from $276,059 to $938,963, and he has paid between $46,500 and $254,894 in federal income tax. A comparison with personal Senate financial disclosures shows most of the income came from a business that collected royalties on two books: Rubio's memoir, "An American Son," and a pre-campaign tract, "American Dreams."

In 2012, Rubio's most lucrative year, his effective tax rate topped out at a little more than 31 percent. But by 2014 — the last year for which a return summary is available — the family's income dropped to $335,963, an amount on which the Rubios paid a 24 percent tax rate. Rubio's earnings that year were padded by cashing out $68,241 from his retirement savings.

The tax documents Rubio has released are not complete tax filings, as Mitt Romney provided in 2012 and Hillary Clinton produced last year. Instead, Rubio released the first two pages of his 1040 form, which summarizes the details of his income and taxes.

Rubio's release of his most recent tax returns comes after Republican front-runner Donald Trump said in Thursday's GOP debate that his tax returns have been the subject of audits for at least a dozen consecutive years. He said he would not release them until that process concludes.

"We're putting these out today to put pressure on Trump and the other candidates to release theirs," said Rubio campaign spokesman Alex Conant. "To the extent there are additional questions about Marco, we won't rule out providing more information in the future."

The disclosure makes Rubio the only of the top three Republican candidates to fulfill pledges to disclose their tax information. Despite criticizing Trump during the debate for not disclosing his tax filings, Texas Sen. Ted Cruz did not meet a self-imposed deadline of Friday to release his tax returns for the years since he ran for Senate.

Cruz campaign spokeswoman Catherine Frazier on Saturday did not offer a new timeline for releasing the records.

"We are pulling them together," she said. "They will be released. These things take time."

For Rubio, the records add to 10 years of previous tax returns he released when running for the Senate. Those returns show how the young lawmaker's finances benefited from high-paying jobs at law firms as he rose in state and national politics.

Between 2004 and 2008, Rubio gave nearly $50,000 to Christ Fellowship in Miami and more than $16,000 to First Baptist Church of Perrine, Florida, according to the documents released at the time.

No such calculation of charitable contributions is possible for the years covered in Saturday's release, however, because Rubio did not make public the part of his tax returns that itemizes deductions.

The returns Rubio released on Saturday do shed a bit more light on his wife's business relationship with a family foundation connected to Norman Braman, a wealthy Miami car dealer and Rubio supporter.

After years of listing her occupation as "homemaker" on the Rubios' joint tax returns, Jeanette appears as an "entrepreneur" in 2012. By 2013, however, she appears to have had only one significant client: the Bramans's philanthropy. Tax filings from the Braman family foundation show she was paid $54,000 for professional services that year, with the funds passing through her company as wages and business income.