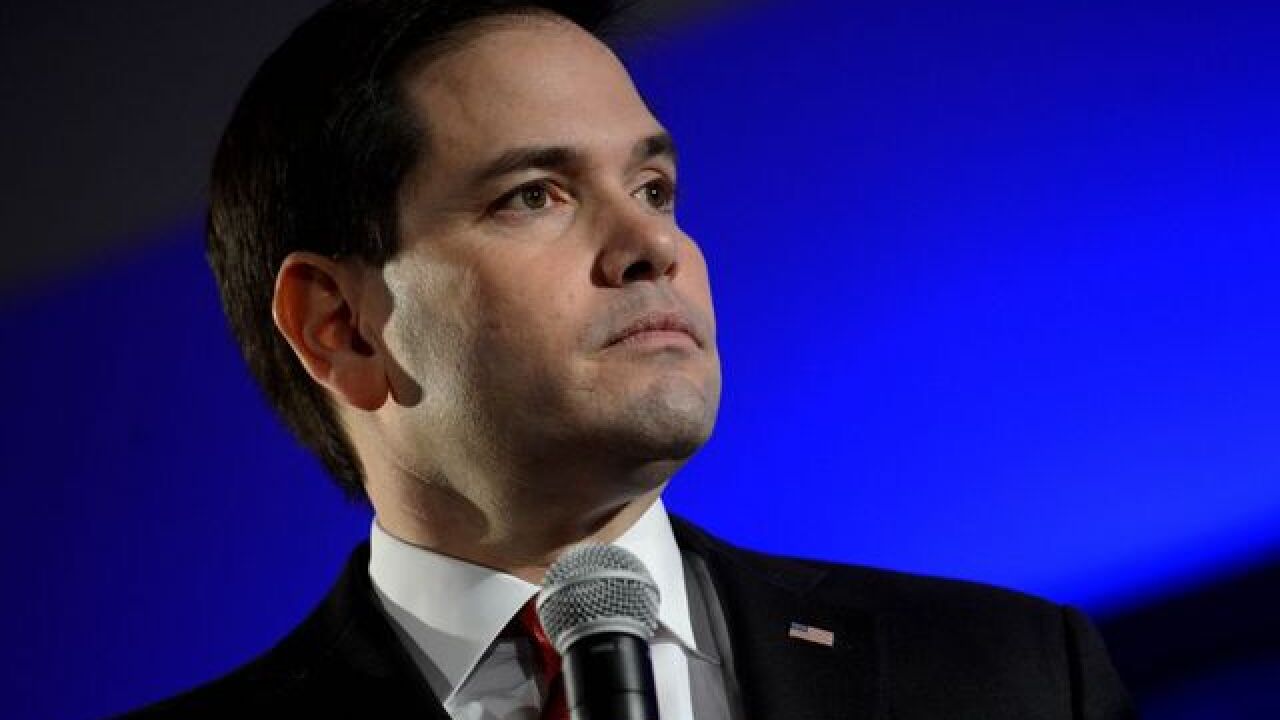 Florida Sen. Marco Rubio on Saturday pulled off a win in Washington, D.C’s Republican caucuses, barely inching past Ohio Gov. John Kasich, while both came out far ahead of the party’s frontrunner, businessman Donald Trump.

Rubio reportedly picked up 10 delegates and 37 percent of the vote, while Kasich picked up 36 percent and Trump only 14 perent.

Cruz, in last place, received 12 percent of the votes in D.C.

Meanwhile, Alex Conant — Rubio’s communication director -- praised voters in the nation’s capital who are “embracing the future,” in his words.

DC's changed a lot in last decade. It's a minority-majority city that's embracing the future. And today voted for it https://t.co/IlqSh9SzsM

But D.C. may be the only doing that, as it was the only victory Rubio picked up that night, walking away with only one delegate in Wyoming -- where Cruz made up for some delegates he lost to Rubio in D.C., picking up 12 there.

Trump, on the other hand, only picked up one delegat in Wyoming.