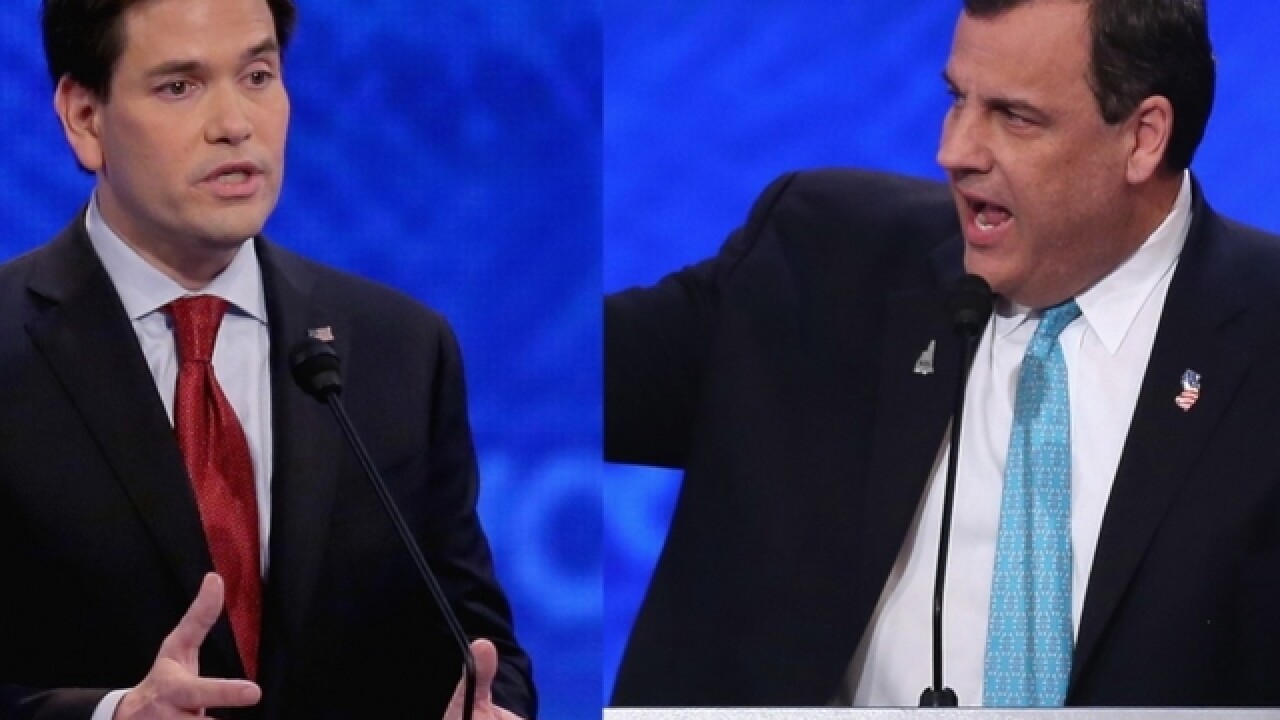 Florida Sen. Marco Rubio, the GOP presidential candidate who looked to have the backing of centrist Republicans, had his momentum stopped in New Hampshire Tuesday after a disappointing finish for the nation's first primary.

As of late Tuesday evening, Rubio had 10 percent of the vote, which placed him in fifth place, well behind Donald Trump, as well as Ohio Gov. John Kasich, Texas Sen. Ted Cruz and former Florida Gov. Jeb Bush.

His showing in New Hampshire comes in the wake of a sluggish debate performance by Rubio on ABC News last Saturday when was criticized by N.J. Gov. Chris Christie for being too scripted.

Rubio admitted Tuesday evening that the debate did not go well.

"Our disappointment tonight is not on you," Rubio told supporters. "It's on me. I did not do well on Saturday night. So listen to this, 'That will never happen again.'

Rather than attacking his opposition on Tuesday, he focused his attacks on the outgoing president Barack Obama.

Following his strong third-place showing in Iowa, Rubio was surging in the national polls. In the latest Rasmussen Reports national telephone survey, Rubio came in second with 21 percent of the support.

Rubio has opted to run more to the center of Cruz and Rubio on several contentious issues such as immigration. That has put Rubio in a crowded group among established Republicans such as Kasich, Bush and Christie.

Despite the showing in New Hampshire, Rubio is poised for join Trump and Cruz for a long one past South Carolina, Nevada and Super Tuesday. The latest Federal Election Commission figures showed Rubio with more than $10 million of cash on hand.

That figure puts him well ahead of Bush and Kasich, but well behind Cruz. But there have not been any major polls conducted in South Carolina since the Iowa caucuses, meaning it is hard to predict how well Rubio will do next weekend.