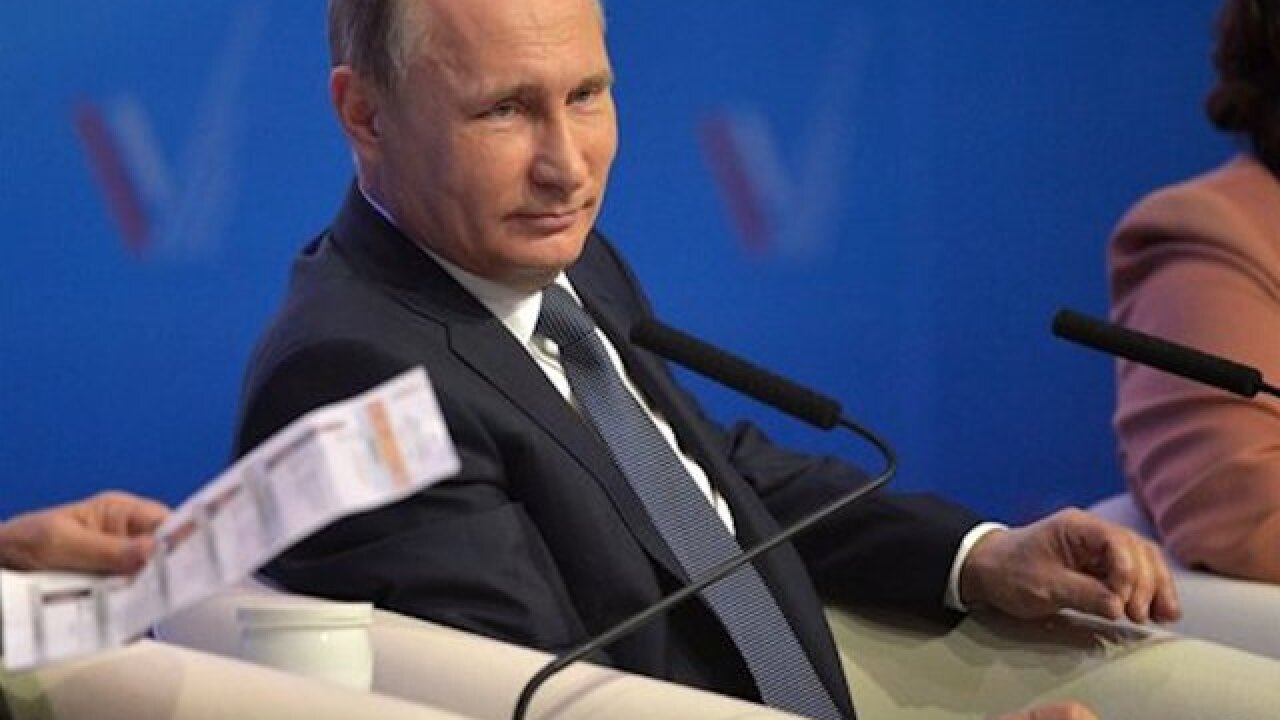 Copyright 2018 Scripps Media, Inc. All rights reserved. This material may not be published, broadcast, rewritten, or redistributed.
Alexei Druzhinin
Russian President Vladimir Putin, center, takes part in a regional meeting of pro-Kremlin United Peoples' Front in Stavropol, on Monday, Jan. 25, 2016. Putin has said that the Russian air campaign in Syria will last for as long as it's necessary to support the Syrian army's offensive. During a meeting with students on a visit to Stavropol in southern Russia, he said Moscow's goal is to help Damascus defeat "terrorists." (Alexei Druzhinin/Sputnik, Kremlin Pool Photo via AP)

MOSCOW (AP) — Russia has reduced the budget for the 2018 World Cup by almost $80 million, less than five months after the sports minister ruled out further spending cuts.

The latest cuts, announced in a government document Thursday, come at a time of cuts to public spending across the board as the low oil price starves the government of revenue.

Thursday's changes bring total spending down to 620.9 billion rubles ($8.15 billion), apparently part-funded by removing the international broadcast center in Moscow from the plans.

The World Cup organizing committee did not respond to a request for clarification on how this would affect broadcasts.

Also cut was a planned renovation of a football academy which produced Russia midfielder Alan Dzagoev. It had been due to serve as a World Cup training ground.