Russia urges for including Kurds in Syria talks 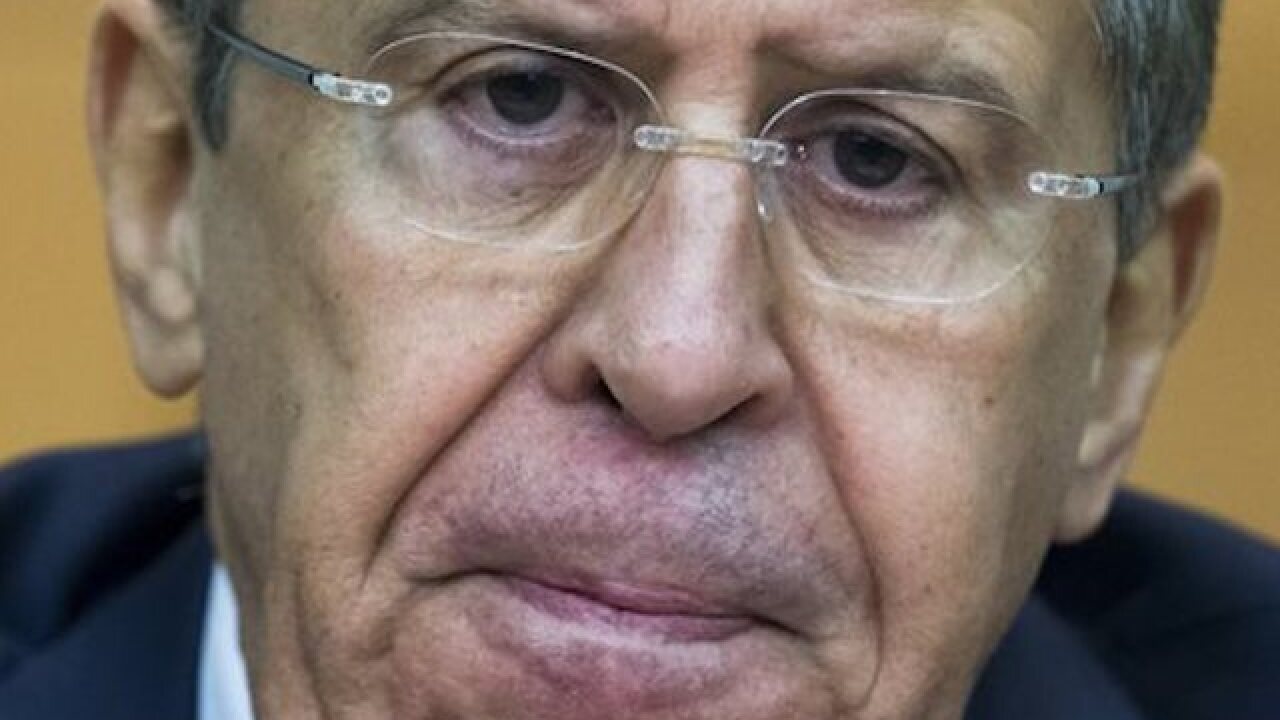 MOSCOW (AP) — Russia on Tuesday argued strongly against Turkey's demand to keep a leading Kurdish group out of Syria's peace talks, and said it expects the U.N. envoy to resist "blackmail" by Turkey and others, reflecting sharp differences that remain ahead of the scheduled talks.

Russian Foreign Minister Sergey Lavrov rejected allegations that Moscow had offered Syrian President Bashar Assad to step down and could offer him a political asylum.

He specifically shrugged off reports last week claiming that Russia's military intelligence chief had traveled to Damascus to try to persuade Assad to step down. Lavrov argued that there was no point to make such a trip as Assad visited Moscow in the fall and had extensive talks with President Vladimir Putin.

"No one has asked for or offered any political asylum," he said, adding that Assad had promised Putin to sit down for peace talks with opposition, including armed groups, and engage "patriotic" opposition in the fight against the Islamic State group alongside the Syrian army.

Lavrov emphasized that the Kurdish group, the Democratic Union Party, or PYD, plays an important role in fighting the Islamic State group and is an essential part of political settlement in Syria.

Turkey sees the PYD and its YPG militia group as branches of the Kurdistan Workers' Party, a Kurdish resistance group it has long fought and considers a terrorist group.

Lavrov warned that it would be a "grave mistake" not to invite the PYD. "How can you talk about political reforms in Syria if you ignore a leading Kurdish party," he said, adding that the Kurds account for 15 percent of the population.

The nearly five-year Syrian conflict that began in 2011 with protests against Assad's rule, has morphed into an all-out war that has killed a quarter million and displaced millions.

Lavrov's statement at a news conference reflects the tough posturing ahead of Syria peace talks set to start Friday. U.N. special envoy Staffan de Mistura will be sending invitations amid intense jockeying between countries like Russia and Turkey about who should be invited.

Russia, a key ally of Assad, has called for the inclusion of Kurdish representatives, and the U.S. and others have supported the Kurds in the fight against IS. Russia's relations with Turkey are at a freezing point after a Turkish fighter jet downed a Russian warplane at the border with Syria in November.

Lavrov also warned against Saudi Arabia's proposal to invite only opposition groups which it hosted at a meeting last month, saying the Syrian peace process should also include other opposition representatives, like those which met for talks in Moscow last year.

He noted that he "highly values" his cooperation with U.S. Secretary of State John Kerry in helping pave way for the talks.

"It is imperative that Kurds are present around the table," Davutoglu said in his weekly address to his party's legislators.

"A table without the Kurds would be incomplete. We do not oppose the Kurds but we oppose the PYD and YPG who oppress the Kurds," Davutoglu said. "It is not acceptable for us for a terror organization to be included within the opposition."