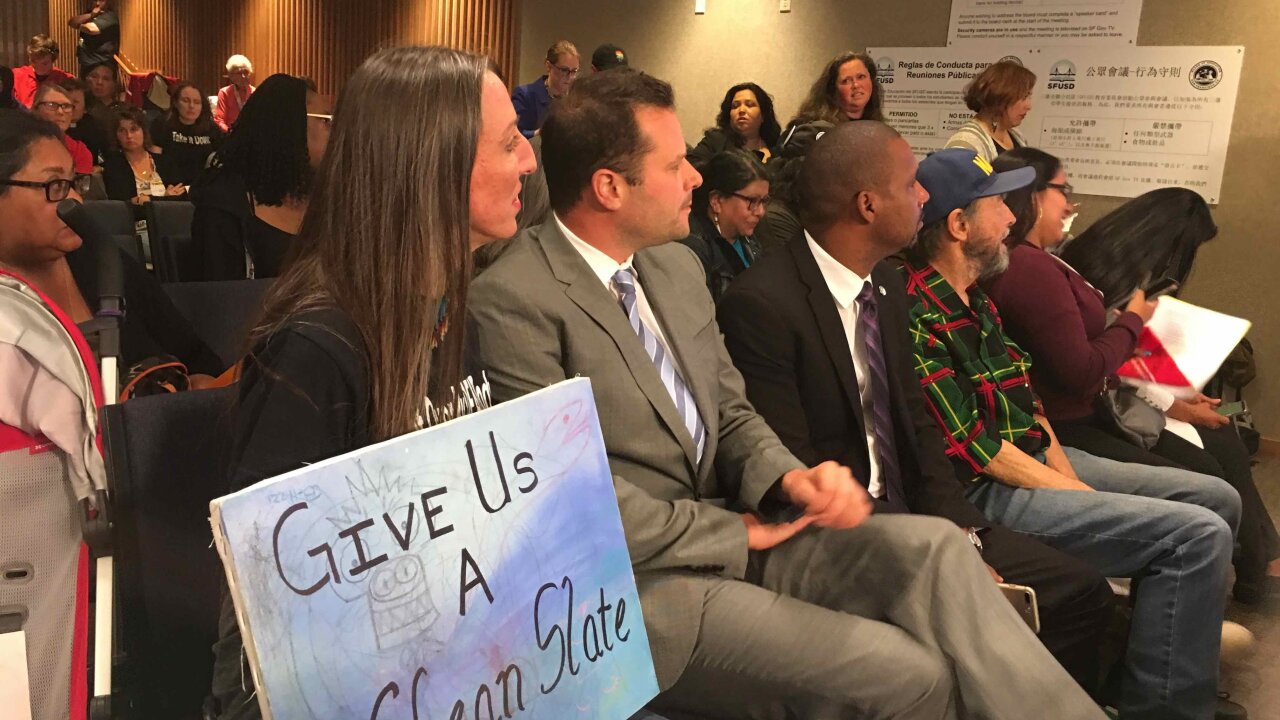 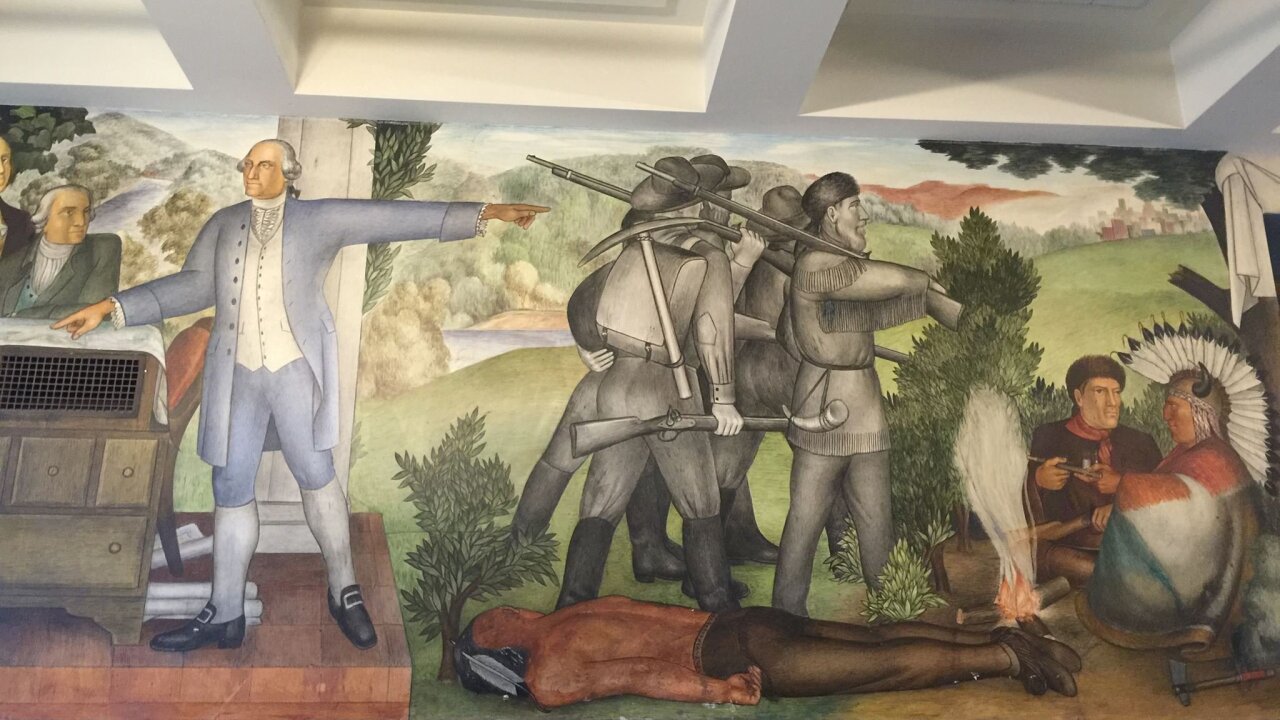 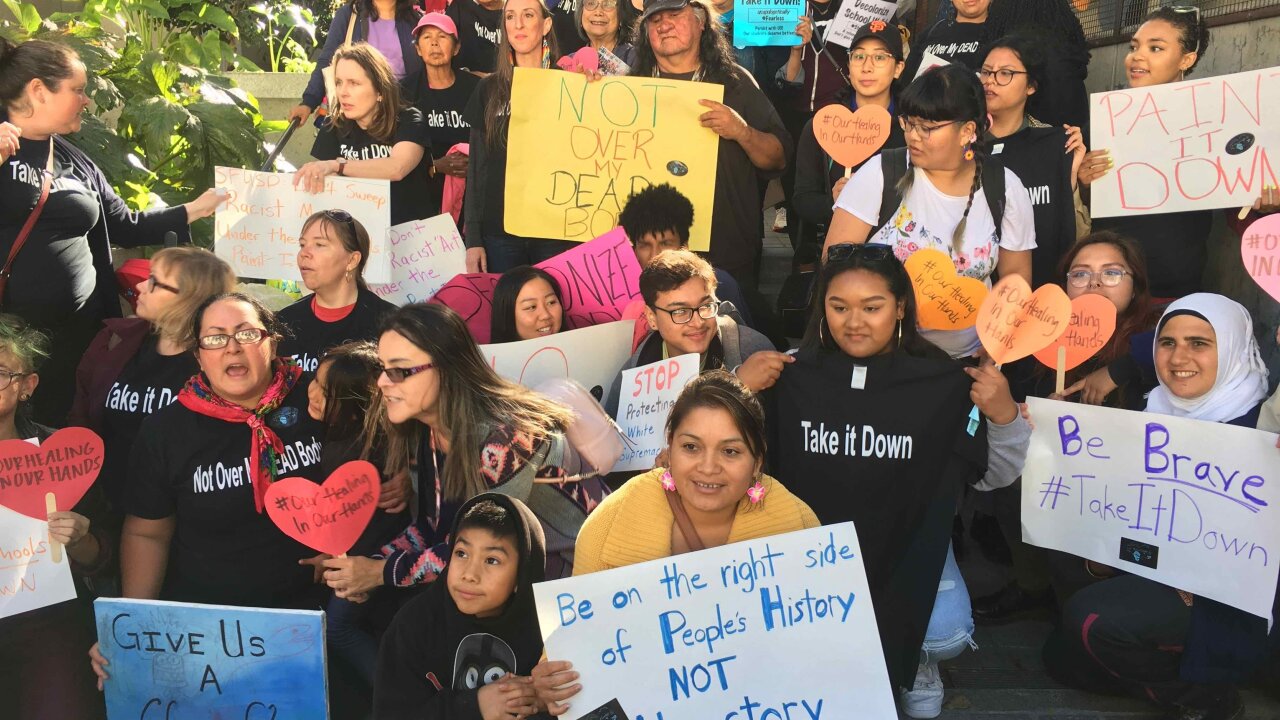 A controversial mural depicting images of slavery and dead Native Americans at a San Francisco high school will be left in place but covered with solid panels.

The San Francisco Unified School District Board of Education voted 4-3 to cover the "Life of Washington" mural at George Washington High School without destroying it.

The vote on Tuesday amends a June decision to paint over the mural "unless doing so would result in undue delay," the school district said in a news release.

The mural was created in 1935 by Victor Arnautoff and has stirred controversy because of depictions such as enslaved Africans working in cotton fields on George Washington's estate and white settlers stepping over the body of a dead Native American, according to a fact sheet posted on the school district's website.

"Where we all agree is that the mural depicts the racist history of America, especially in regards to African Americans and Native Americans. It is important that we all share the agreement and acknowledgement of racism, discrimination, and the dehumanizing of people of color and women in American history," SFUSD President Stevon Cook said in a press release.

The mural will no longer be on public view at the school but will be digitized so that art historians can access it.