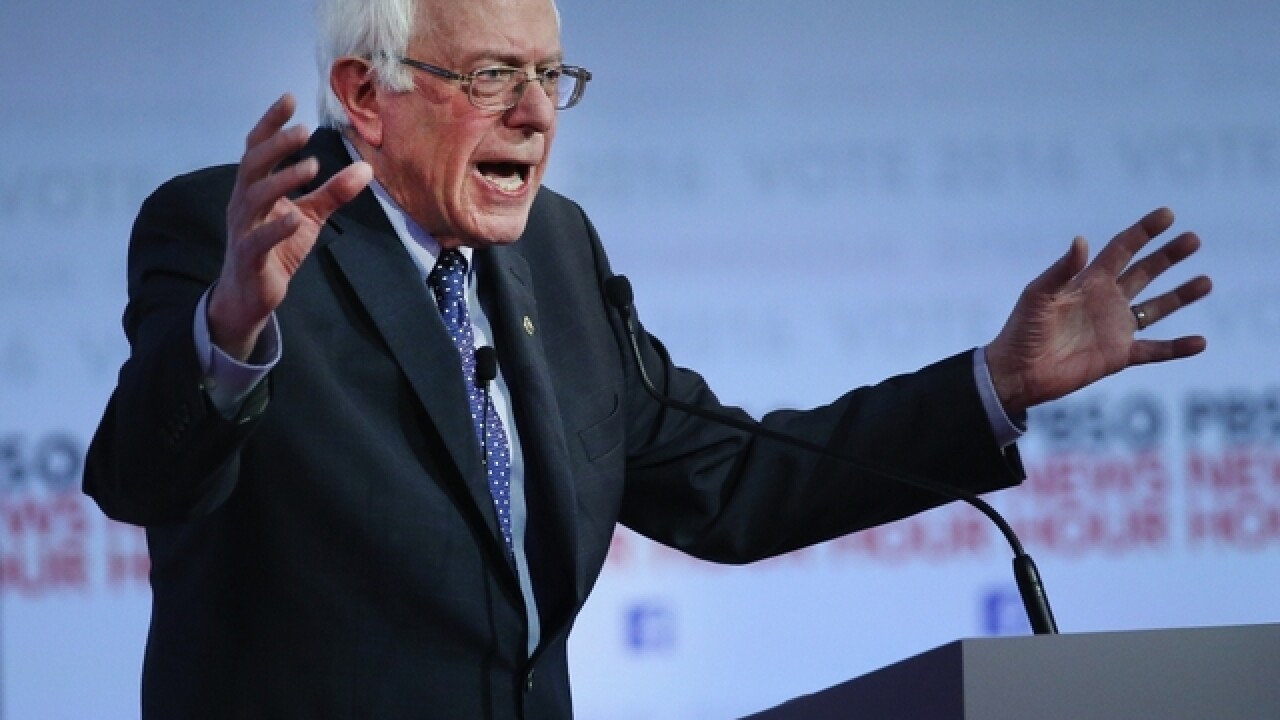 LAS VEGAS (AP) — Vermont Sen. Bernie Sanders said Thursday that rapper Killer Mike's recent comments that a "uterus doesn't qualify you to be president of the United States" have been "blown out of proportion" by the media covering his race against Hillary Clinton.
The Democratic presidential candidate told reporters traveling with him to Nevada that the rapper was essentially saying that "people should not be voting for candidates based on their gender but what they believe. I think that makes sense."
"No one has ever heard me say, 'Hey guys, let's stand together, vote for a man.' I would never do that, never have," Sanders said. "I think in a presidential race, we look at what a candidate stands for and we vote for the candidate we think can best serve our country."
The rapper, whose real name is Michael Render, stirred controversy Tuesday night at a Sanders rally when he suggested Clinton would be slow to move on issues of racial justice. He referenced a recent conversation with anti-racism activist Jane Elliott.
Killer Mike said: "I talked to Jane Elliott a few weeks ago, and Jane said, 'Michael, a uterus doesn't qualify you to be president of the United States. You have to be — you have to have policy that's reflective of social justice.'"
Asked Thursday about the remarks, Sanders told reporters: "I think the media is blowing this thing up. What did Mike say? ... Mike quoted an internationally known educator. That's what Mike said."
"I think this is again gotcha media politics, which I think is being blown out of proportion. Frankly I think that's what media does," Sanders said.
Clinton campaign spokeswoman Christina Reynolds said Sanders may have missed Clinton's "lifetime of experience breaking down barriers" and the former secretary of state's supporters have "many reasons to know that she is the best candidate to fight for them."
"Debates about the issues are fair game, but he and his surrogates should stop assuming that our supporters must only be driven by one issue or one body part," Reynolds said.
The rapper later defended himself on Twitter, noting that former Secretary of State Madeleine Albright, a Clinton supporter, said in New Hampshire that "there's a special place in hell for women who don't help each other." Albright later wrote in The New York Times that it "was the wrong context and the wrong time to use that line."
Associated Press 2016