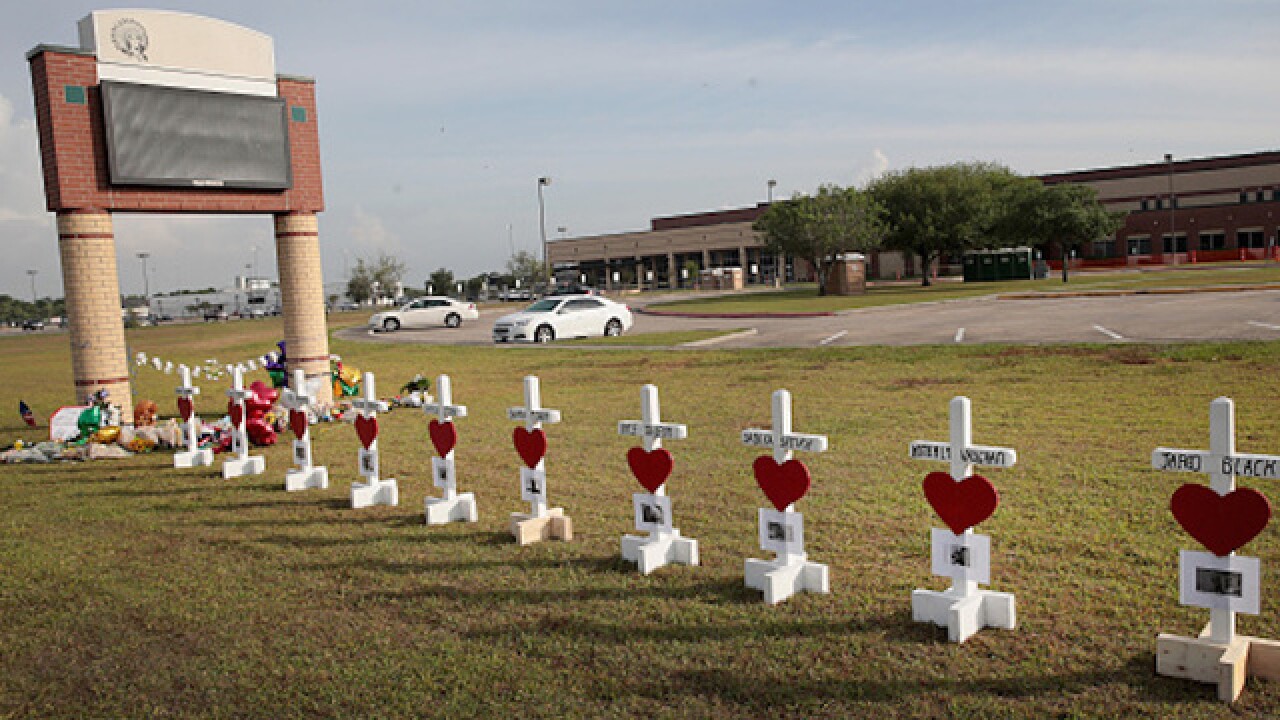 Image copyright 2018 Getty Images. All rights reserved. This material may not be published, broadcast, rewritten, or redistributed.
Scott Olson
<p>SANTA FE , TX - MAY 21: Crosses line the lawn in front of Santa Fe High School on May 21, 2018 in Santa Fe, Texas. The crosses are a memorial to the victims of last Friday's shooting when 17-year-old student Dimitrios Pagourtzis entered the school with a shotgun and a pistol and opened fire, killing 10 people. (Photo by Scott Olson/Getty Images)</p>

Santa Fe High School will re-open to students Tuesday, marking their first day back since a gunman killed 10 people on campus more than a week ago.

The school district has pledged counseling resources as well as additional officers on campus.

"Multiple law enforcement agencies from across the state will be providing additional security, and we are committed to providing a safe and supportive environment so as a community we can heal," according to a statement issued last week from Patti Hanssard, assistant superintendent for human resources and public relations with the Santa Fe Independent School District.

Students had mixed emotions about returning to school.

"I don't know if we'll ever be ready to go back to school," said senior Kaitlyn Richards, who evacuated during the shooting on May 18.

"But I don't want that last day to be my last memory of my senior year. I just want to know I can see all my classmates once again," she told CNN affiliate KTRK.

The last day of school is Thursday and graduation is scheduled for Friday, according to the school district's website.

"We just have to get together, love one another, and just persevere," Ken Harms, a history teacher told KTRK.

Signs and messages around the the community repeated the phrase #SantaFeStrong.

Police say Dimitrios Pagourtzis, 17, killed eight students and two teachers, and injured 13 others at his school with a shotgun and a pistol. He is charged with multiple counts of capital murder and aggravated assault on a public servant. Pagourtzis confessed that he acted alone in the shooting, according to a probable cause affidavit.