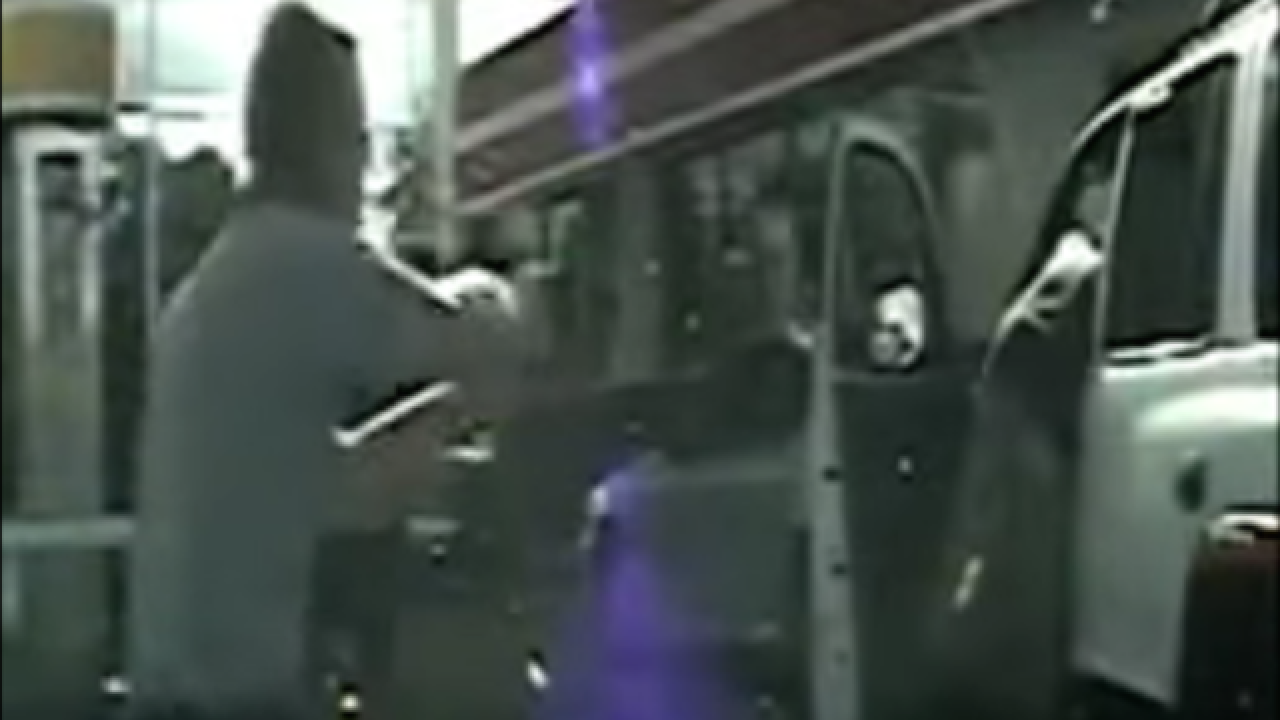 COLUMBIA, S.C. (AP) — A white former state trooper was led out of a South Carolina courtroom in handcuffs Monday after pleading guilty to a felony charge in the 2014 shooting an unarmed black driver seconds after a traffic stop.

Sean Groubert will be sentenced later, but Circuit Judge Casey Manning appears to have already decided there should be some prison time because he sent Groubert to jail while he mulls the punishment. Groubert faces up to 20 years for assault and battery of a high and aggravated nature. There is no minimum sentence.

Before the hearing started, Levar Jones, shot once in the hip by Groubert, walked into court with a limp. He constantly turned and twisted a Rubik's Cube, perhaps to calm himself. As prosecutors replayed the video of the shooting taken from Groubert's dashboard camera, Jones' shoulders jerked.

He didn't speak at the 20-minute hearing Monday, but prosecutors said he may talk when Groubert is sentenced. No date has been set for that hearing.

Groubert answered questions from the judge. The only hint of an explanation for what happened came when his lawyer requested he continue medication and visits to a psychiatrist to deal with post-traumatic stress disorder from an on-duty shooting in 2012. His supervisors said Groubert protected the public by chasing a suspect who fired on him during a traffic stop. Groubert was awarded the Highway Patrol's Medal of Valor. The suspect is serving 20 years in prison on an attempted murder charge.

The Highway Patrol fired Groubert after watching a video of his encounter with Jones on Sept. 4, 2014. When the video was released publically a month later, it shocked a country dealing with a wave of questionable police shootings.

The only evidence prosecutors gave Monday was the video and Groubert's statement on the shooting, given a week later. They did not match.

The video showed Groubert pulling up to Jones without his siren on for a seatbelt violation. Both men get out of their cars at a convenience store and the trooper asked Jones for his license. Jones said he took off his seatbelt because he was stopping at the store after work.

The video shows Jones turning and reaching back into his car, and Groubert shouts, "Get outta the car, get outta the car." He begins firing and unloads a third shot as Jones staggers away, backing up with his hands raised, and then a fourth. Jones' wallet can be seen flying out of his hands.

In his statement, though, Groubert said: "The subject was highly aggressive and belligerent and ready to attack me from the second I initiated the traffic stop."

The video shows Groubert started firing four seconds after asking for Jones' license. From the first shot to the fourth, the video clicks off three more seconds.

"Everything seemed to be happening in fast forward from the time I saw the driver begin running toward the vehicle. I was unsure if the shots fired were coming from my own pistol, or if he was actively shooting," Groubert said in the statement.

In the video, Jones cried in pain waiting for an ambulance and repeated: "Why did you shoot me?"

Groubert has spent the past 18 months driving a truck. He and his wife were arrested for shoplifting in October, and those charges are pending.