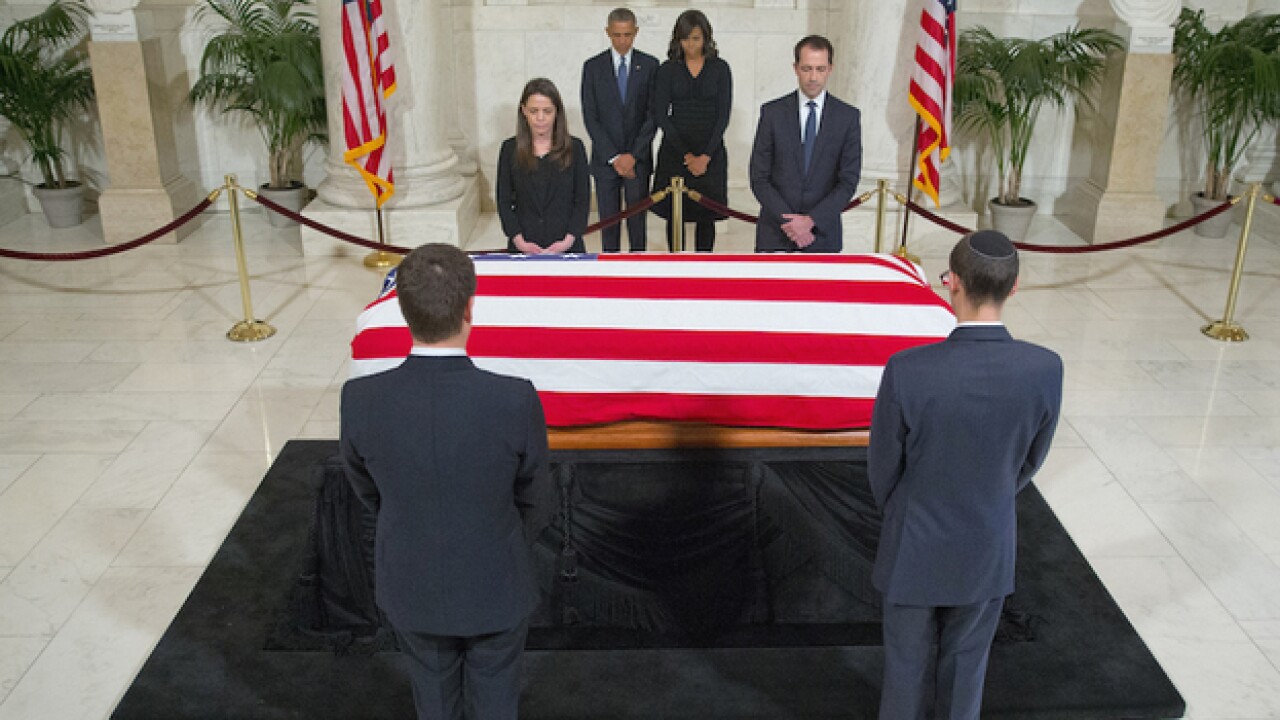 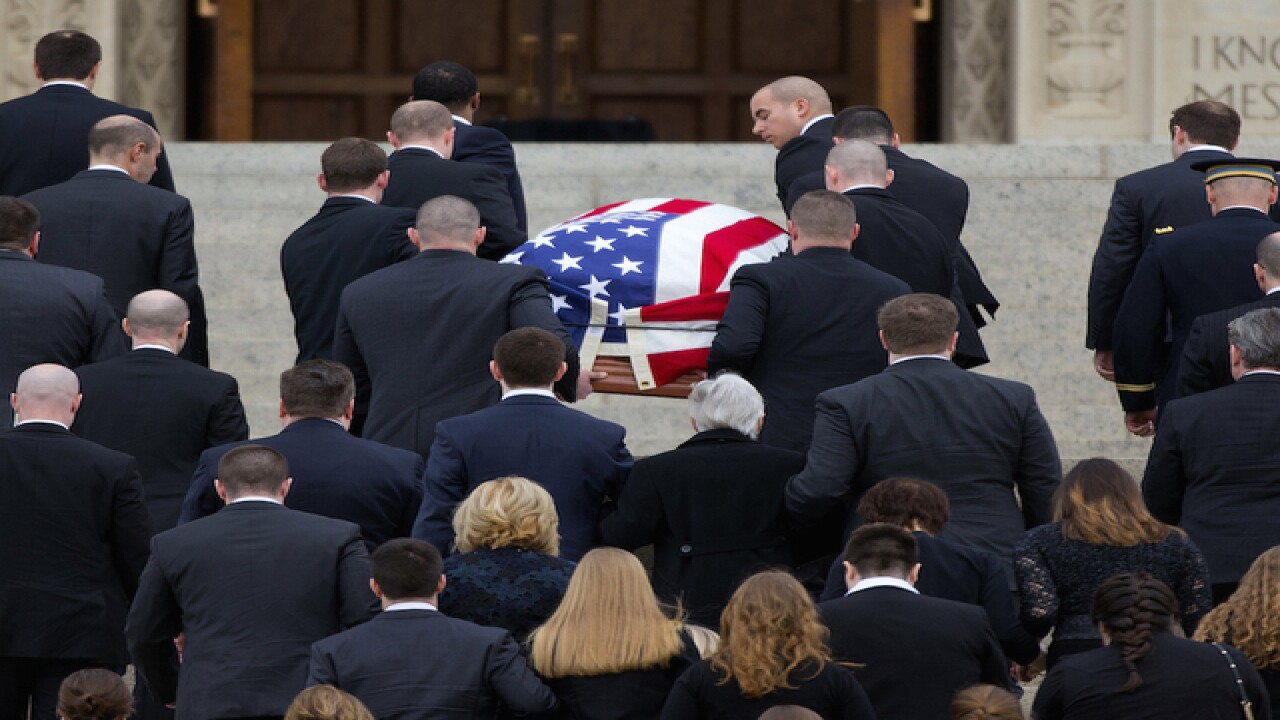 In a hallowed place where popes have prayed and pilgrims have flocked, mourners gathered Saturday at the nation's largest Catholic church to pay their final respects to Justice Antonin Scalia.

Scalia's sons and sons-in-law served as pallbearers to carry his flag-draped casket into the Basilica of the National Shrine of the Immaculate Conception for a funeral Mass honoring the late jurist who died unexpectedly last weekend.

Dignitaries including Vice President Joe Biden, former Vice President Dick Cheney, members of Congress and all eight sitting justices of the Supreme Court were among those attending.

Scalia's casket arrived at the basilica after he lay in repose at the Supreme Court on Friday, where thousands of visitors came to honor one of the country's most influential conservatives.

One of Scalia's nine children, the Rev. Paul Scalia, was to lead the Mass and deliver the homily.

Several federal judges who are considered possible replacements for Scalia also were at the funeral Mass, including Judges Sri Srinivasan and Patricia Millett and Chief Judge Merrick Garland, all of the U.S. Court of Appeals for the District of Columbia Circuit.

President Barack Obama will not attend, despite criticism from some Republicans. He and first lady Michelle Obama were among the more than 6,000 people who paid tribute to Scalia at the Supreme Court on Friday. Scalia's flag-draped casket rested on a funeral bier that first held President Abraham Lincoln's casket after his assassination.

White House spokesman Josh Earnest pointed to Biden's personal relationship with Scalia's family and said Obama's decision about the Mass was a "respectful arrangement" that took into account his large security detail.

Scalia, 79, died last weekend at a remote Texas ranch after spending nearly three decades on the high court. Burial plans have not been announced.

GOP presidential hopeful Ted Cruz planned to interrupt his campaign ahead of Saturday's South Carolina primary to attend the Mass. The Texas senator has been among those urging the Senate not to consider replacing Scalia until after the November election. Obama has insisted that he will nominate a successor.

Scheduled to give opening remarks at the Mass was Washington Archbishop Donald Cardinal Wuerl.

Leonard Leo, executive director of the Federalist Society, a conservative legal group, was to read a passage from the Old Testament, while Justice Clarence Thomas planned to read from the New Testament.