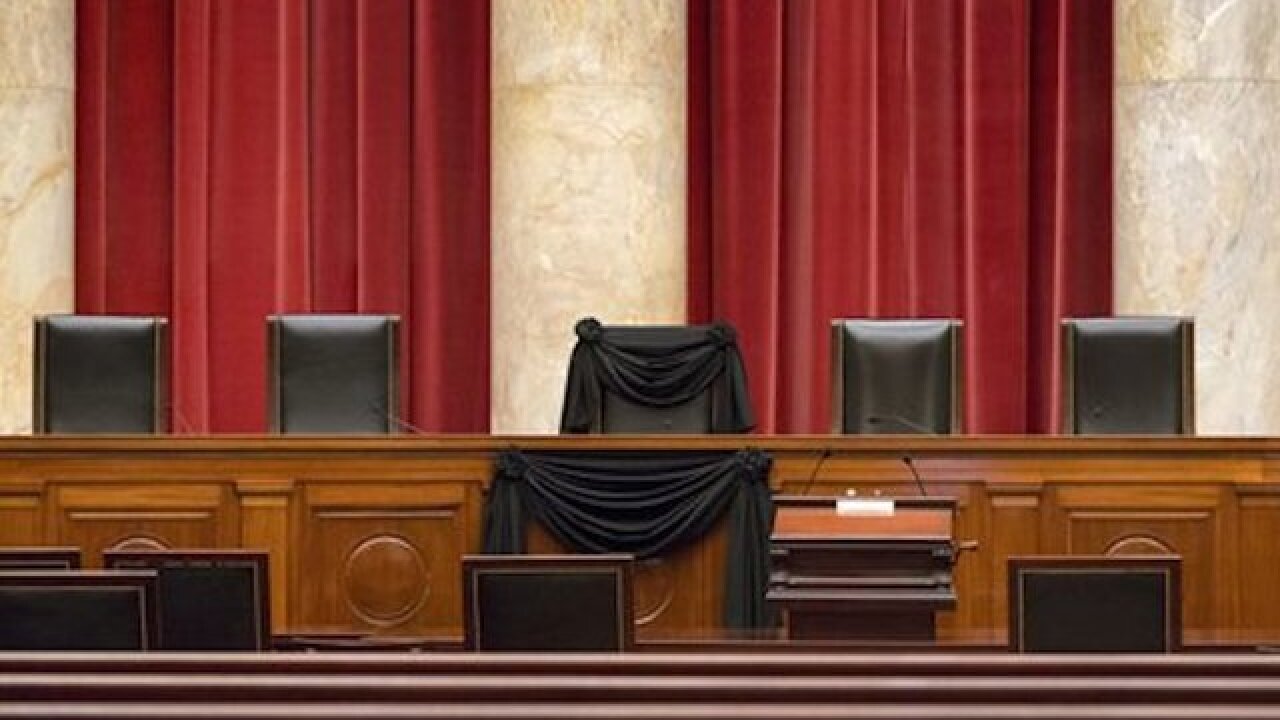 Copyright Associated Press
J. Scott Applewhite
<p>Supreme Court Justice Antonin Scalia's courtroom chair is draped in black to mark his death as part of a tradition that dates to the 19th century, Tuesday, Feb. 16, 2016, at the Supreme Court in Washington. Scalia died Saturday at age 79. He joined the court in 1986 and was its longest-serving justice. (AP Photo/J. Scott Applewhite)</p>

WASHINGTON (AP) — Justice Antonin Scalia's courtroom chair on Tuesday was draped in black to mark his death as part of a Supreme Court tradition that dates to the 19th century.

Scalia died Saturday at age 79. He joined the court in 1986 and was its longest-serving justice.

He sat to the right of Chief Justice John Roberts, the seat given to the senior justice.

The entrance to the marble courtroom and the mahogany bench in front of Scalia's chair also have been draped with black wool crepe.

Funeral plans still had not been released as of Tuesday morning.

Scalia's body is now at the Fairfax Memorial Funeral Home in Fairfax, Virginia. Assistant manager Bob Gallagher said the body arrived on Sunday night and that there will be no autopsy before burial.

Scalia was found dead in his room at a remote Texas ranch. Presidio County Judge Cinderela Guevara declared that Scalia died of natural causes, but she did so by telephone, based on information from law enforcement personnel at the scene. The procedure is allowed under Texas law.