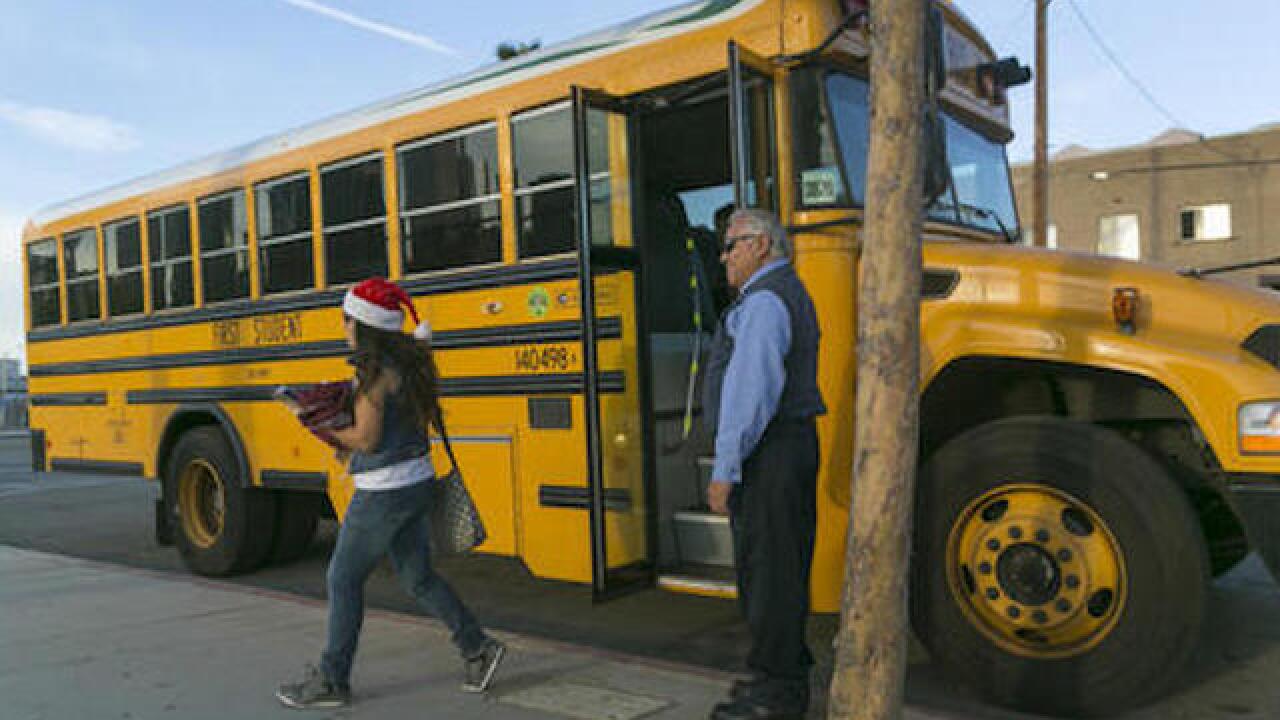 HARTFORD, Conn. (AP) — Taking a harder line on crimes no longer seen as juvenile pranks, state lawmakers around the U.S. are proposing stiffer penalties for people who threaten schools at a time of fears over terrorism and mass shootings.

As demonstrated by Tuesday's shutdown of Los Angeles schools, threats can cause large, costly disruptions and traumatize students even in cases that might involve hoaxes.

While most states already have laws that allow prosecution of a school threat as a felony, there have proposals across the U.S. to increase punishments, said Michael Dorn, executive director of the school safety nonprofit group Safe Havens International.

"These things keep happening, and they're happening too often," said Wisconsin state Rep. Ed Brooks, a Republican. "This isn't child's play anymore. This is serious stuff. Every threat is real until it's disproved. There's a high level of anxiety."

Brooks has proposed legislation that would make a public death threat a medium-grade felony, with more severe consequences if anybody is hurt during an evacuation. He submitted the proposal after hearing from a police chief about a case in which a threat on Facebook led to school evacuations but the suspect could not be charged with anything more serious than disorderly conduct.

Threats can be especially jarring in areas left jittery by recent attacks, such as Southern California, where an attack killed 14 people at a holiday luncheon two weeks ago in San Bernardino. The source of the threat that led Los Angeles to cancel classes Tuesday remains unknown, but the district's response reflected lingering unease over terrorism.

In Connecticut, state Sen. Tony Hwang said Tuesday that he intends to reintroduce a bill that would that would beef up the state's threatening laws, making them more serious felonies. His own son was caught up in a 3 1/2-hour lockdown at his Fairfield high school in October after a telephone threat.

"As we were kids growing up — I'm 51 — we always had the notion that it was a childish prank," said Hwang, a Republican. "But I think we have progressed, or digressed beyond that."

An analysis by National School Safety and Security Services, a Cleveland-based consulting firm, found a 158 percent increase in the number of threats schools received in a five-month span in 2014 compared with the same period the previous year. About 37 percent of the threats were sent electronically, and nearly a third resulted in schools being evacuated. Nearly 10 percent of the threats closed school for at least one day.

Other states that have seen recent proposals to increase penalties include New York, Pennsylvania and Maine.

A bill that cleared the California legislature would have created a specific crime for someone who threatens to discharge a firearm on a school campus, but it was vetoed in September. Gov. Jerry Brown said the conduct covered by the bill was already illegal and he wanted to limit additions to a voluminous criminal code.

Dorn said school threats are a popular approach for people who want to cause major disruptions. As a former school district police chief in Georgia, he said he has seen that prosecutions can discourage hoax artists.

"This is going to be more a deterrent for the copycat, the person who sees some big event somewhere and then says, 'I'm going to call a school,'" he said. "When it comes to deterring someone like a terrorist, they're not as concerned about consequences."