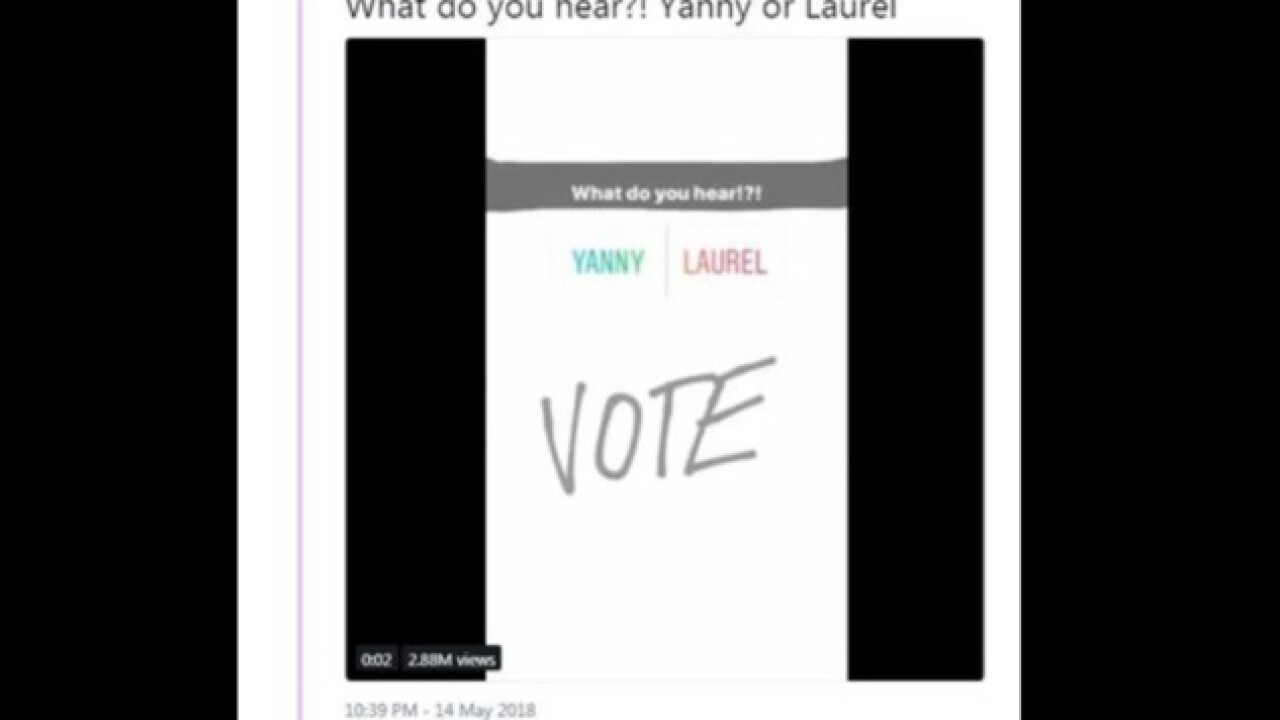 As if we needed another thing to divide America.

Some people who listen to this audio file hear one thing; others hear something completely different. It's like it was put on the internet just to sow discord.

RELATED: Yanny or Laurel: What do you hear in this audio recording?

So what do you hear?

You couldn't get on social media Tuesday without seeing Team Yanny and Team Laurel going at it. First posted on Reddit, the polarizing audio clip spread to Twitter. Soon everyone from regular Joes to celebs like Ellen DeGeneres and JJ Watt were talking about it (Ellen thought it was Laurel, but Watt was Team Yanny).

It was like an audio version of "The Dress" -- a photo that went viral in 2015 when no one could agree whether the garment it showed was white and gold or blue and black, confirming that people will debate just about anything on the internet.

And, like back then, there's a simple explanation for why people perceive one thing so differently -- and science can explain it.

"Part of it involves the recording," said Brad Story, Professor of Speech, Language and Hearing at The University of Arizona. "It's not a very high quality. And that in itself allows there to be some ambiguity already."

Then, he said, you have to take into account the different ways people are listening to this -- through mobile phones, headphones, tablets, etc.

That aside, Story ran an acoustic analysis on the viral recording of the computerized voice. He also recorded himself saying "Yanny" and "Laurel," for comparison.

"When I analyzed the recording of Laurel, that third resonance is very high for the L. It drops for the R and then it rises again for the L," he said. "The interesting thing about the word Yanny is that the second frequency that our vocal track produces follows almost the same path, in terms of what it looks like spectrographically, as Laurel."

OK, so what does that all mean?

"If you have a low quality of recording, it's not surprising some people would confuse the second and third resonances flipped around, and hear Yanny instead of Laurel."

Story also said that, if you change the pitch of the original recording, you can hear both words.

"Most likely the original recording was 'Laurel,'" he said.

If you heard "Laurel," you are the winner and have earned bragging rights for this round of internet debate.