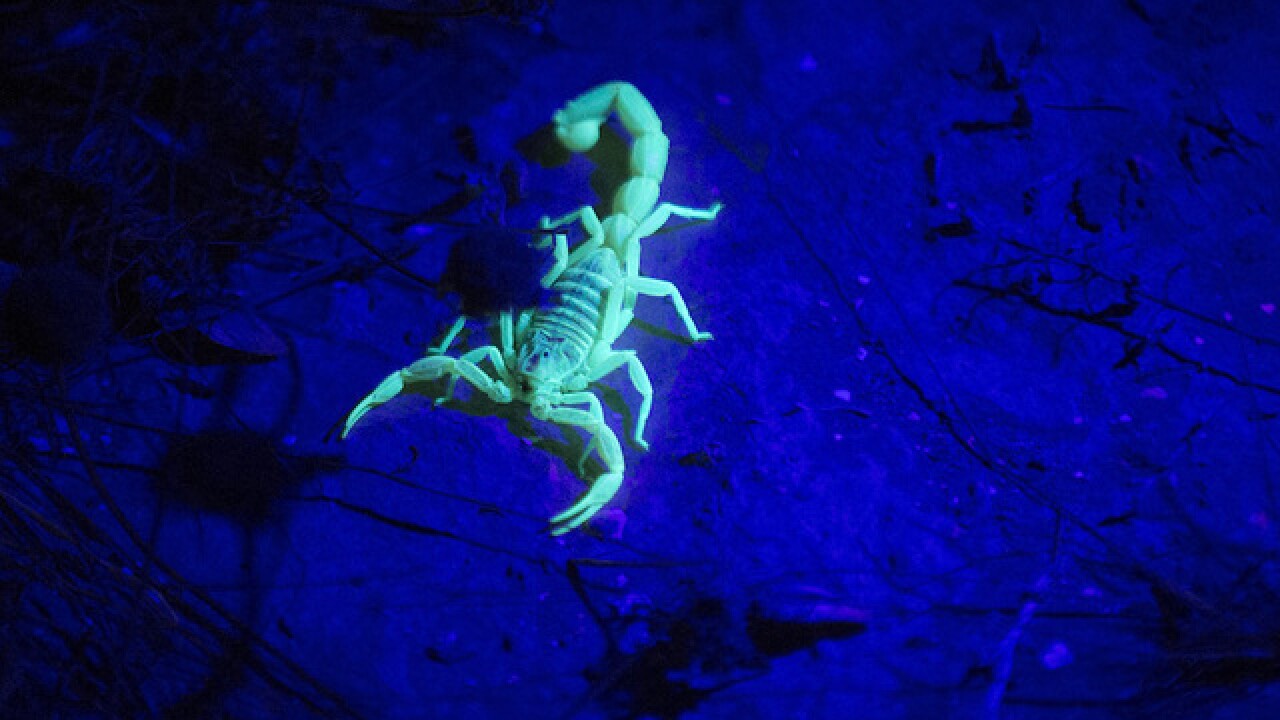 Exterminators in Las Vegas, Nevada say scorpions are taking over parts of the valley.

In scorpion infested neighborhoods, it's normal to see people out walking their dogs with a blacklight, constantly searching for scorpions, a ccording to KTNV television station in Vegas.

"When I run into a neighbor, that's what we end up talking about because they've all had some incident or another," said Irfat Pathan, who was recently stung by a scorpion.

Thousands of the creepy crawlers are taking over people's yards and homes across Las Vegas.

In a neighborhood near Cactus and Bermuda, 13 Action News met two women right across the street from each other, both stung by scorpions.

"All of a sudden, I felt this horrific pain in the back of my leg, like a needle," said Denise Nicholl, who was also stung. "It was excruciating."

"As I was walking back and forth to the spice cabinet, I felt something on the heel of my foot," Pathan said.

At first, she tried to fight through the pain. She eventually caved in and looked down at her kitchen floor. She saw the scorpion on the ground next to her.

"We were screaming so loud when mommy was screaming too," said Pathan's four-year-old son Azaan.

"The rest of the night, I could not function because the pain was so bad," said Pathan.

"It's bad now," he said. "It's kind of carried over and it keeps multiplying."

He says it's because it never got cold enough this past winter for them to die off.

"During the winter, we were getting calls ever day," said Banks.

The problem has been so bad that hunting for scorpions has become the norm.

"We go scorpion hunting and we see a lot of them," said the four-year-old.

"If he (my husband) does see one, I mean that thing is crispy crittered in a matter of seconds," said Nicholl.

Some neighbors are so panicked now, they want to move out of the neighborhood.

"The idea that it might happen again, next time it could be one of the kids. It was really scary and I just didn't have a lot of piece of mind," said Pathan.

Experts say the only real way to get rid of the issue is to hire a professional service. But they say, it's important to have your own blacklight to do your own searches as well. You can buy a blacklight at Home Depot or Lowe's.