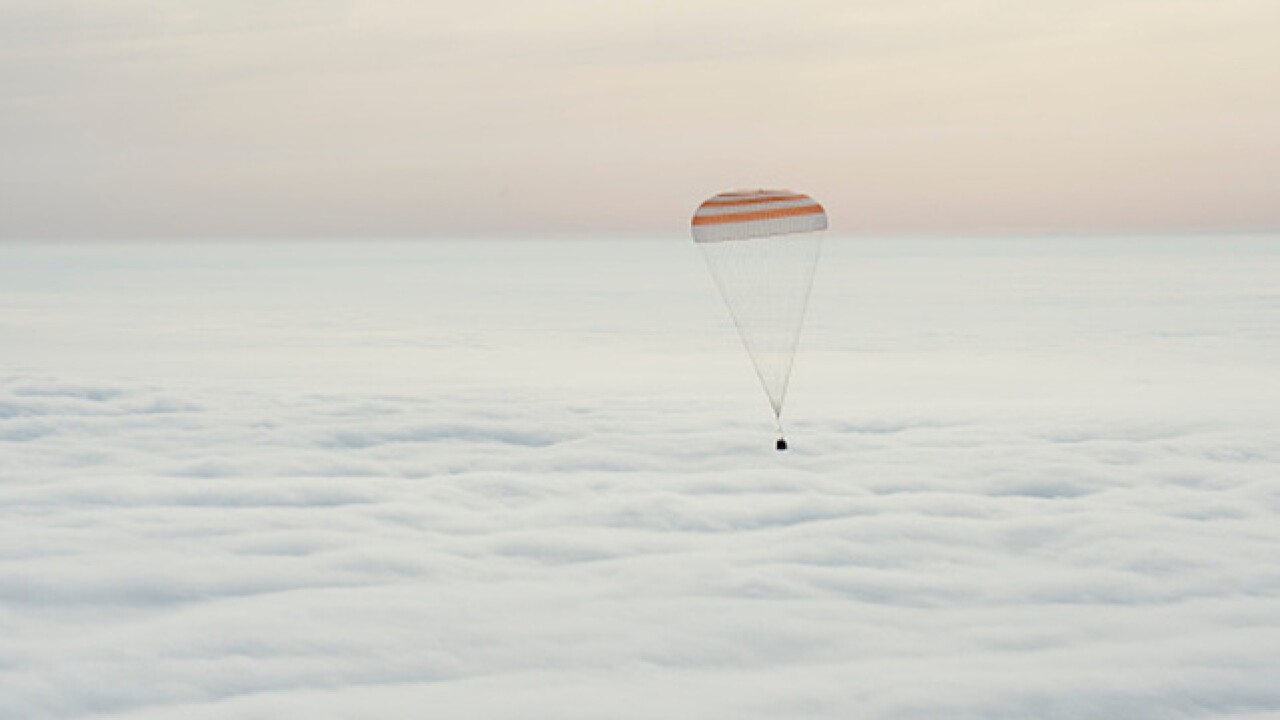 Copyright Getty Images
Bill Ingalls/NASA
<p>ZHEZKAZGAN, KAZAKHSTAN - MARCH 2: In this handout provided by NASA, The Soyuz TMA-18M spacecraft is seen as it lands with Expedition 46 Commander Scott Kelly of NASA and Russian cosmonauts Mikhail Kornienko and Sergey Volkov of Roscosmos on March 2, 2016 near the town of Zhezkazgan, Kazakhstan. Kelly and Kornienko completed an International Space Station record year-long mission. (Photo by Bill Ingalls/NASA via Getty Images)</p> 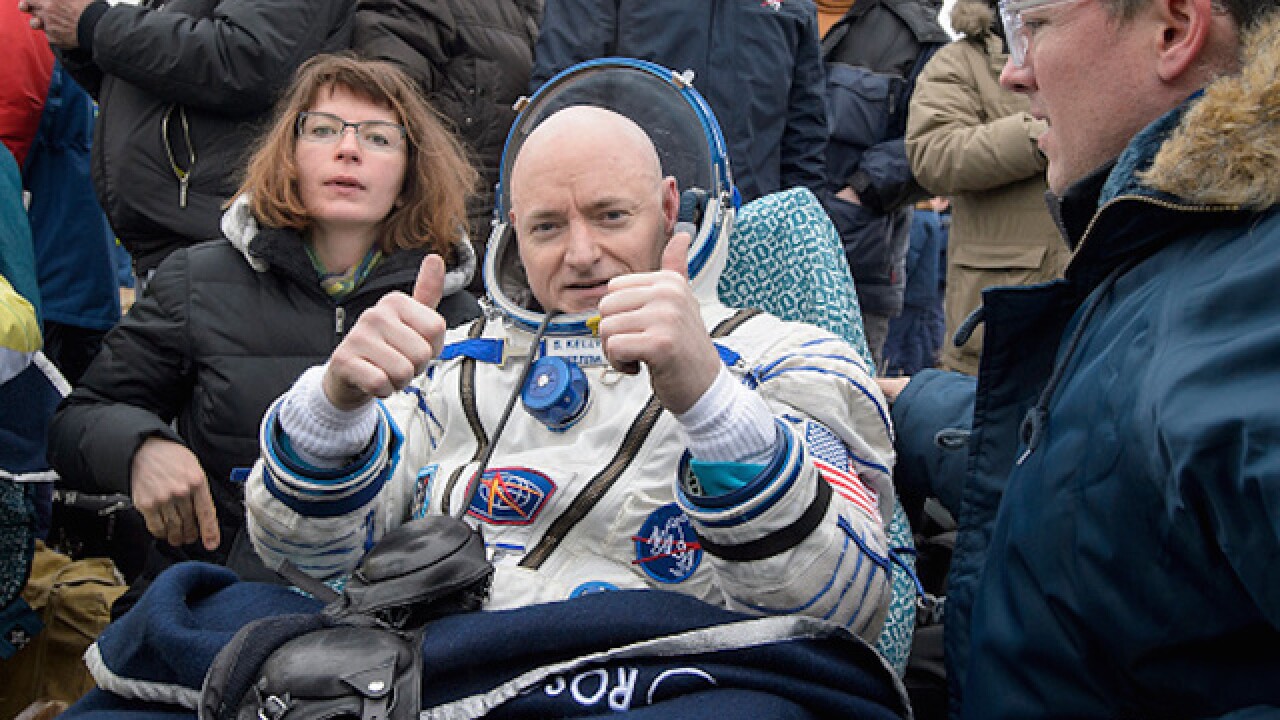 Astronaut Scott Kelly is back on Earth reliving nearly a year in space, which is helping NASA evaluate the effects of long-term space travel.  Kelly’s 340-day mission on the International Space Station could help pave the wave for future astronauts to visit Mars.

Kelly was joined in his return to Earth via the Russian Soyuz capsule with Mikhail Kornienko, who also spent nearly a year on the ISS.

Kelly is returning to the United States Wednesday evening, and is scheduled to arrive at Houston’s Johnson Space Center around midnight.

In an interview on NASA TV shortly after his return to Earth, Kelly said the cold, brisk air of Kazakhstan was a nice change from the air pumped into the International Space Station.

“The cold air was amazing. The fresh air, you know the air I don’t mean to say it is not fresh on the Space Station, but it there is nothing like new cold air coming into the capsule,” Kelly said.

Kelly said that despite returning home to his family and more natural surrounding, his departure from the ISS was bittersweet.

“I wouldn’t say it was a relief, leaving the Space Station was bittersweet. I have been there a long time so I looked forward to leaving, but on at the same time, it is a magnificent place,” Kelly said.

Kornienko and Kelly both had the longest stays aboard the International Space Station. Kelly set a record for American astronauts for longest space flight. Three Russians spent at least a year aboard MIR in the late 20th century.

But the United States and Russia both have their eyes deeper into space, and in order to get there, it was important to see how Kelly and Kornienko would handle a year orbiting Earth.

“A year is a long time,” Kelly said. “I felt like I have been up there my whole life after the first six months, which is the normal increment. A year is really long. I am definitely encouraged on our ability to go longer. Even though I looked forward to coming home and there are things that I missed, I felt like if it was for the right reason, I could have stayed for however long it took.”

NASA has estimated the length of a trip to and from Mars would be roughly two years, with most of the time being spent commuting between the two planets. Given Kelly’s experience, he believes going to Mars is within reach.

“Expanding our envelope and our ability to operate in space is going to take us further from our planet,” Kelly said. “I think exploring and developing technology to do so is important to our economy, to our way of life. I think Meisha and I were a small part in doing that. I hope we can continue to do it. By going to Mars one day, it will help things on Earth.”