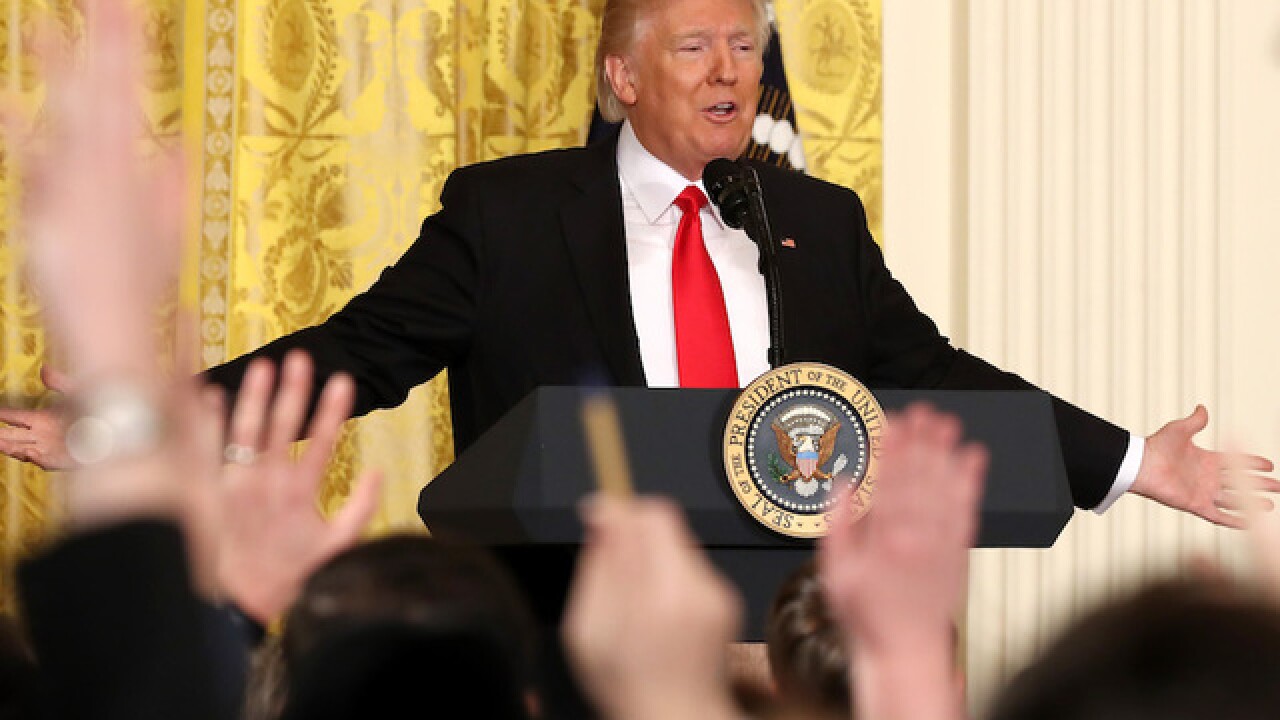 President Donald Trump is holding court with "regional press affiliates" in a private dinner on Monday, the White House said.

The meeting is comparable to the off-the-record lunch Trump will host Tuesday with major network anchors ahead of his first address to Congress.

Tonight's dinner will be closed to the press. A White House spokeswoman did not respond to a request for more information on who is attending, though we know E.W. Scripps Company reporters were invited

Trump's lunch on Tuesday marks a continuation of a White House custom. Presidents have traditionally met with news anchors prior to delivering their State of the Union address. Trump's speech on Tuesday technically won't be a State of the Union, but it will be his first speech to a joint session of Congress.

Along with the off-the-record meetings, Trump has agreed to an interview this week with perhaps the friendliest outlet to his administration.

Fox & Friends, which Trump has hailed as "the most honest morning show," will air an interview with Trump on Tuesday.

This website is a product of the E.W. Scripps Company, which will have multiple reporters at tonight's dinner. Check tonight for coverage of the dinner, and preview coverage of Tuesday's address.