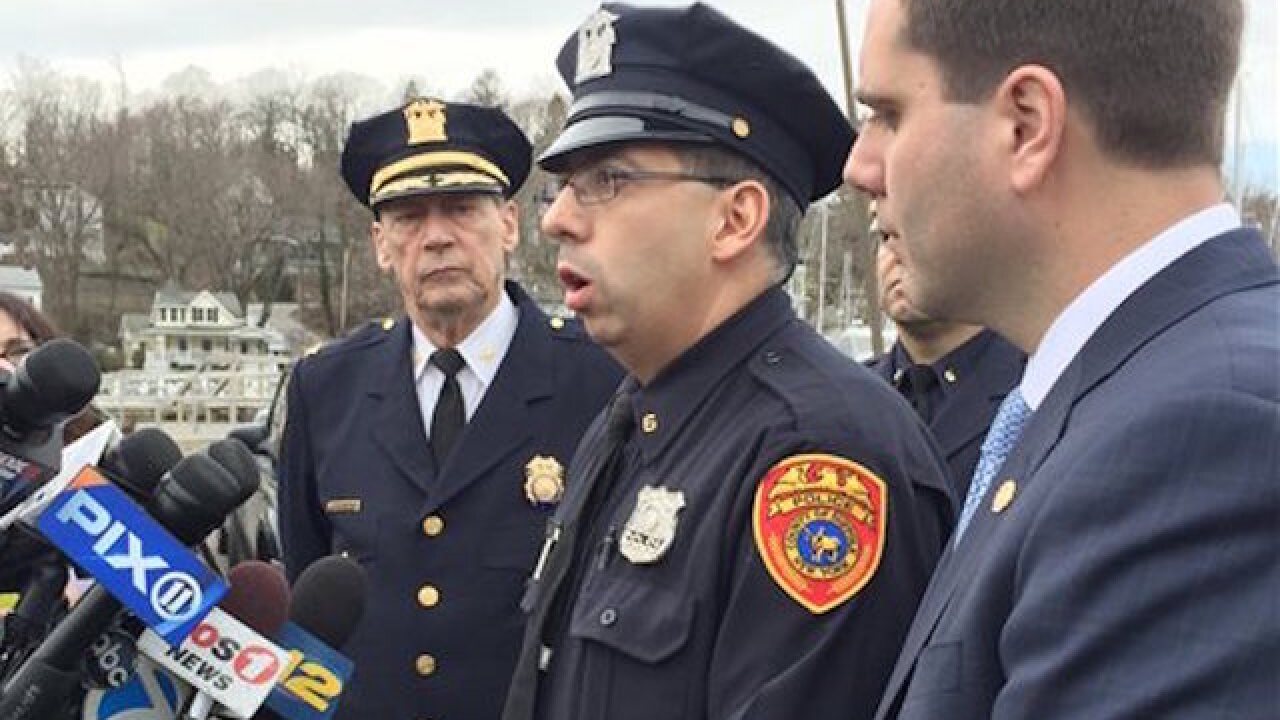 PORT JEFFERSON, N.Y. (AP) — Fighting frigid water temperatures and racing against the clock, officers grabbed anything they could to try to rescue three men who were aboard a small plane that crash-landed in the Long Island Sound, less than a mile off the New York shoreline. The search continued Sunday for one person who was still missing.

It was around 11 p.m. Saturday when the Piper PA-28 landed in Port Jefferson Harbor, about 60 miles east of New York City, authorities said. It was pitch black when officers responding to a 911 call made their ways to the shoreline.

"When we came up, we heard them yelling," said Suffolk County Police Officer Matthew Merced, who helped rescue the men. "We decided the only way we could get to them is to take the kayaks out there and see if we could support them so they could survive."

And that's what they did. The officers commandeered kayaks from houses along the shore and began paddling out into the harbor, using their flashlights to guide them toward the voices crying for help.

Four people were aboard the plane. Three made it to the shore.

The 25-year-old student pilot, Austricio Ramirez of the Bronx, was flying at the time the plane ran into engine trouble and he turned controls over to the 36-year-old instructor pilot, Nelson Gomez, of Queens. All four men exited the plane into the water. Ramirez, Gomez, and a third person, Wady Perez, 25, of Queens, were rescued by Suffolk County police.

One of the men was wearing a lifejacket and was losing consciousness when officers reached him, police said. An officer used his duty belt to hold another afloat atop a kayak and the third made it nearly to the shoreline when an officer threw him an inflatable ring to grab ahold of.

"If it weren't for the bold actions of the Suffolk County police officers standing behind me . we don't think the three individuals would have survived," Suffolk County Police Commissioner Tim Sini said at a news conference at the scene Sunday afternoon

The three were treated and released at Stony Brook University Hospital.

The fourth, Gerson Salmon-Negron, 23, of Queens, remained missing on Sunday.

"It is an active search and rescue operation," Sini said. "This is a tough situation, but we haven't given up trying to locate this person."

Coast Guard officials said the search for Salmon-Negron went on for 18 hours through the night, covering 90 square miles before the agency pulled its personnel from the search just after 10 a.m. Two police department boats and a dive team continued searching the harbor Sunday afternoon.

Authorities said the plane had left Fitchburg, Massachusetts, and was headed to Republic Airport in Farmingdale when the pilot reported engine trouble. Arlene Salac, a spokeswoman for the Federal Aviation Administration, said the plane made a "forced landing."

Salac said the FAA is investigating and the National Transportation Safety Board will determine the probable cause.