Smoking takes a toll on your pet 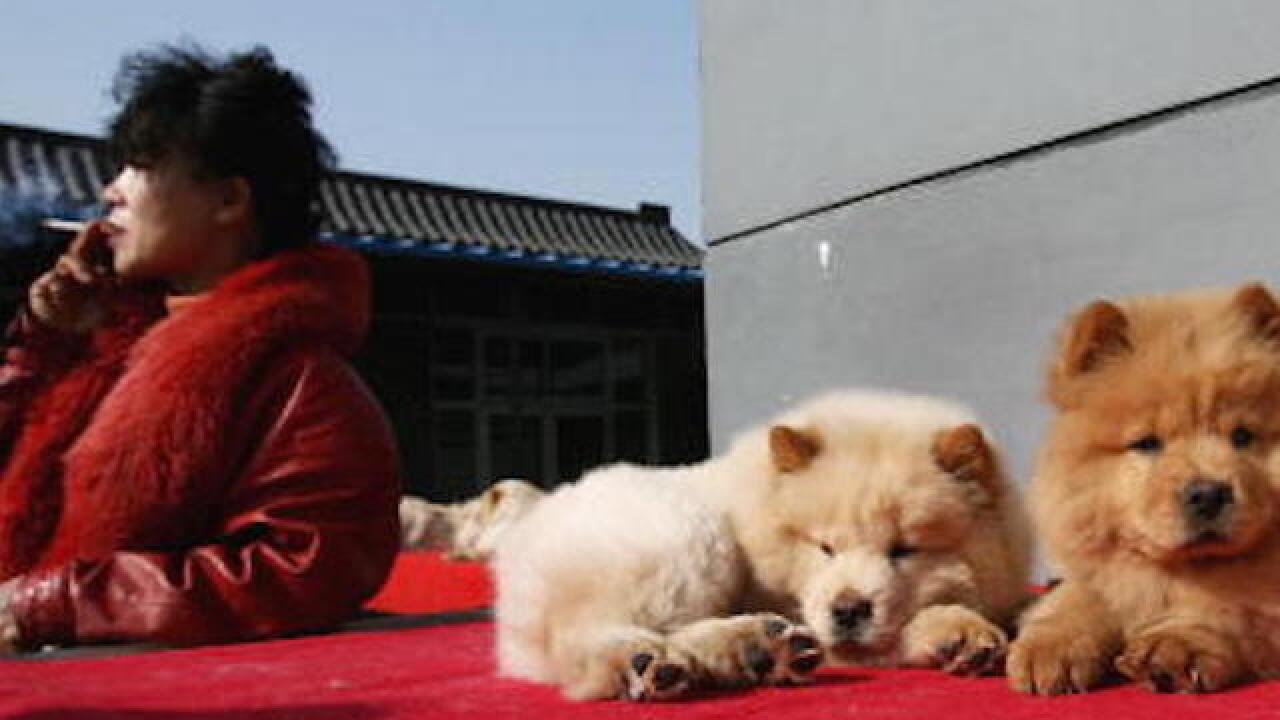 China Photos
<p>BEIJING, CHINA - FEBRUARY 11: (CHINA OUT) A vendor smokes as she sells Chow Chow puppies at a pet market on February 11, 2006 in Beijing, China. According to state media, with the country's pet population growing fast, analysts predicted that the market potential for the "pet economy" in China could reach a minimum of RMB 15 billion (about USD 1.86 billion). (Photo by China Photos/Getty Images)</p>

Smokers looking to quit in 2016 have a new incentive to stick to their New Year’s resolution: Their pets.

An ongoing study undertaken by the University of Glasgow shows that second-hand smoke can have just as much of an effect on dogs and cats as it does on humans.

Early results from the study show that pets who live in smoking households are more susceptible to weight gain and certain cancers.

“Our findings show that exposure to smoke in the home is having a direct impact on pets,” said Clare Knottenbelt, a Professor of Small Animal Medicine and Oncology at the university’s Small Animal Hospital.

The study also noted that cats are even more prone to health problems when living in a smoking home — even if the owner smokes away from the cat.

“Our work so far has shown that cats take in significant amounts of smoke and even having outdoor access makes very little difference,” said veterinarian Victoria Smith.

While the study also noted that nicotine levels in pets dropped as an owner’s tobacco use fell, researchers advise that the only way to ensure a pet’s well-being is to quit completely.

“We are all aware of the risks to our health of smoking and it is important we do everything we can to encourage people to stop smoking. As well as the risk to the smoker, there is the danger of second-hand smoke to others. Pet owners often do not think about the impact that smoking could have on their pets,” Kottenbelt said.