Camille Cosby to return to court next month 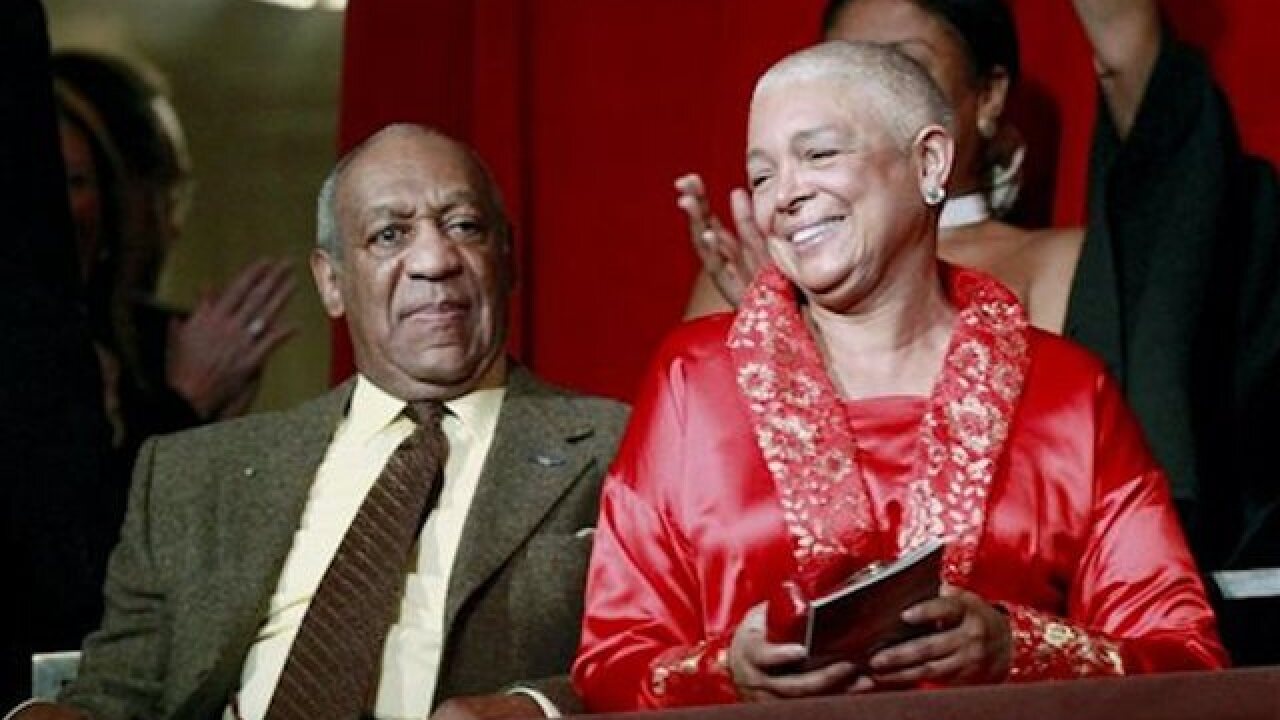 Copyright Associated Press
Jacquelyn Martin
<p>This Oct. 26, 2009 file photo, comedian Bill Cosby, left, and his wife Camille appear at the John F. Kennedy Center for Performing Arts before Bill Cosby received the Mark Twain Prize for American Humor in Washington. A judge has denied a request by lawyers for Bill Cosby's wife to postpone her deposition in a defamation lawsuit brought by seven women who claim the comedian sexually assaulted them. The judge ruled late Sunday, Feb. 20, 2016, that the deposition, scheduled for Monday, can proceed. (AP Photo/Jacquelyn Martin, File)</p>

SPRINGFIELD, Mass. (AP) — Bill Cosby's wife, who has publicly stood by him as he faces dozens of sexual-assault allegations, was deposed Monday in a defamation lawsuit filed against him by seven accusers and agreed to return next month to answer even more questions under oath.

The deposition, believed to be the first Camille Cosby has given since dozens of women came forward to accuse her husband of sexual assault, was given under heavy security at the Springfield Marriott hotel.

Camille Cosby and her lawyers met with lawyers for the seven women suing her husband for about seven or eight hours Monday. A lawyer for the women, Josepha Cammarata, said she spent about 2 1/2 hours answering questions and the rest of the time was a back and forth between lawyers on what she could or should answer. He said a judge had to be contacted twice.

Cammarata wouldn't characterize his questions to Camille Cosby, but he said she was in a unique position to know a lot about Bill Cosby because she has been married to him for 52 years and has been his business manager.

"She's his wife," he said. "She has the ability to live with him, be with him ... understand who he associates with."

When asked afterward about her demeanor under questioning, he replied, "She was someone that was reserved, and I got the sense she really didn't want to be there."

Her lawyers, who had tried to block the deposition, had no comment. She continues the deposition on March 14, but the location hasn't been determined.

After numerous women went public with sexual-assault allegations against Bill Cosby, Camille Cosby issued a supportive statement, calling him "a kind man, a generous man, a funny man, and a wonderful husband, father and friend."

She also suggested that her husband, not the women, was the party being harmed.

"None of us will ever want to be in the position of attacking a victim," she said. "But the question should be asked — who is the victim?"

Lawyers for the Bill Cosby, 78, and Camille Cosby, 71, have argued that she does not have any information on the accuracy of the women's claims and that her conversations with him are confidential under the state marital disqualification rule.

The Cosbys have a home in Shelburne Falls, about an hour's drive from Springfield, where the lawsuit, seeking unspecified damages, was filed. They have five children, one of them deceased.

The plaintiffs in the defamation case are among about 50 who have accused Bill Cosby of sexual misconduct.

In December, Bill Cosby, who played Dr. Cliff Huxtable on "The Cosby Show" from 1984 to 1992, was charged in Pennsylvania with drugging and sexually assaulting a former Temple University employee at his suburban Philadelphia home in 2004. He has pleaded not guilty. This month, a judge denied a motion by his lawyers to dismiss the charges. A preliminary hearing is scheduled for March 8.

Cosby's lawyers have said in court papers the deposition is "nothing more than a thinly veiled attempt to pressure (the) defendant in the face of subjecting his wife to the shame and embarrassment of responding to questions about his alleged infidelities and sexual misconduct."