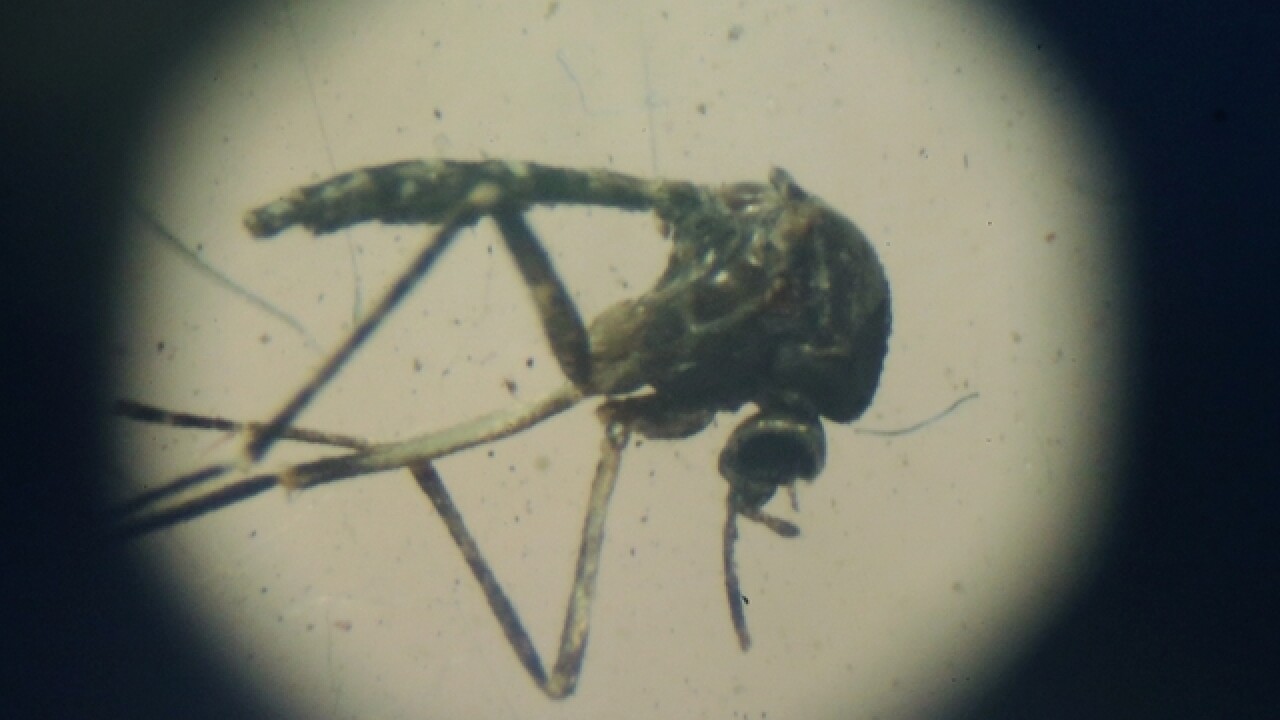 The $1.1 billion measure circulating Wednesday comes in advance of an Appropriations panel meeting on Thursday and was being worked on with Democrats in hopes of winning their support. The measure has not been finalized and is part of continuing negotiations. The money would be used to try to slow the spread of the Zika virus and develop a vaccine against it.

Top Appropriations Committee Democrat Barbara Mikulski of Maryland said the Zika issue is "in play" for a Thursday panel vote. "It's a possibility and I hope by this afternoon to have moved it to a probability," Mikulski said.

"I am very hopeful they are coming to the table and we'll see what happens in the next 24 hours," said Sen. Patty Murray, D-Wash., a key negotiator.

"I think we're working toward something that could produce results even this week," said Sen. Roy Blunt, R-Mo., who has responsibility for a panel that oversees the bulk of the request.

Republicans controlling Congress have increasingly come under pressure to respond to Obama's $1.9 billion request to combat Zika, which can cause grave birth defects such as microcephaly and is expected to worsen in coming months.

Republicans succeeded in forcing the administration to shift almost $600 million of previously-approved funds for immediate action against Zika.

But the White House and its Democratic allies say more money is needed now and they have turned up the heat on Republicans, who are responsible for shepherding the Obama request since they are in control of both sides of Capitol Hill. They are demanding that the Zika-fighting money be added to the budget as an "emergency supplemental," which means it would be added on to December's catchall spending measure for the ongoing fiscal year.

White House spokesman Peter Boogaard said Wednesday, "While we are reassured that there appears to be initial steps to rectifying Congress's failure to act to date, any proposal that does not provide needed assistance in this fiscal year and does not protect or replenish the funding critical to our ongoing Ebola response will be insufficient to the risks facing the country."

"It's not just about the timing, which is critical," said top House Democrat Nancy Pelosi of California. "It's also about where this money is coming from. The supplemental is an emergency — doesn't need to be offset" by accompanying spending cuts.

It's not clear how GOP leaders might try to advance the measure, though it's unlikely to advance on its own. The Appropriations panel has two measures before it on Thursday and there is also a widely-backed measure funding energy and water projects pending on the Senate floor.

"It's an important issue. We're in discussion with them about how much do they really need. They have taken our suggestion and transferred some of the Ebola money," Senate Majority Leader Mitch McConnell, R-Ky., said on Tuesday. "And I don't think that in the end there will be any opposition to addressing what we think is going to be a fairly significant public health crisis."

A key consideration for lawmakers is making sure that Zika money is approved before Congress leaves Washington in mid-July for a seven-week break.