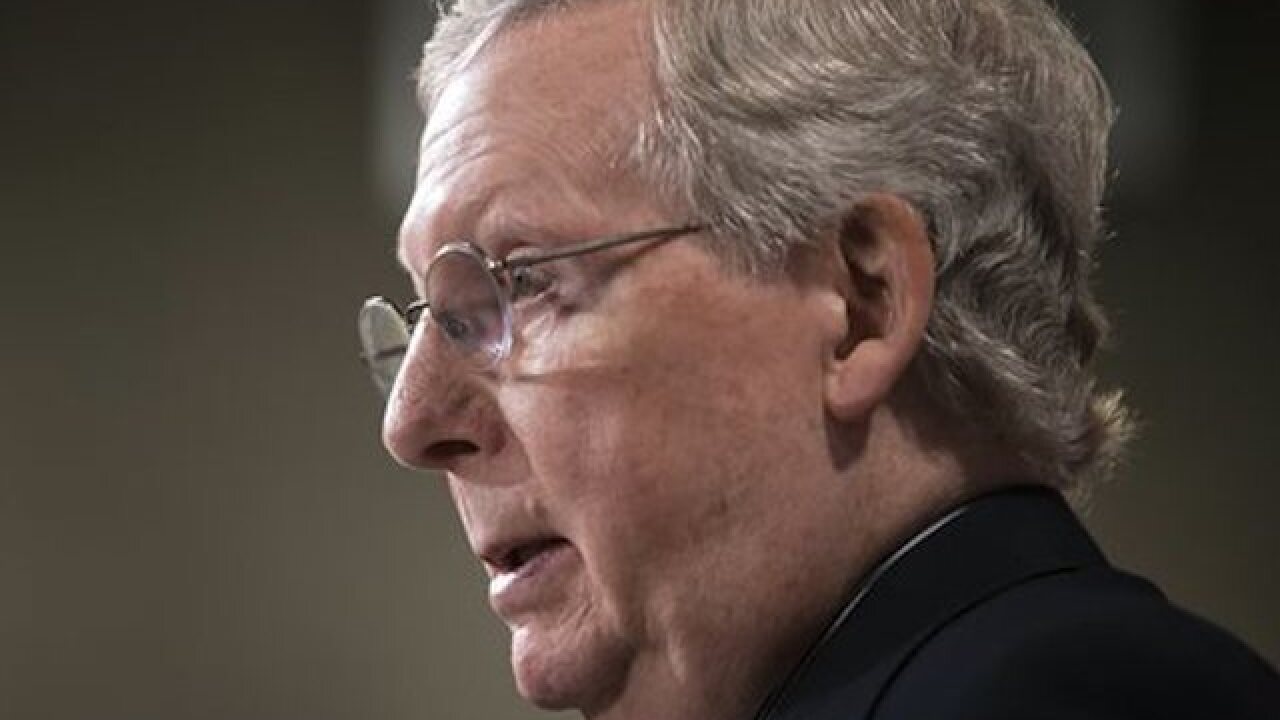 WASHINGTON (AP) — The debate over tough new screening procedures for Syrian and Iraqi refugees should be driven by facts, not fearmongering, says Senate Majority Leader Mitch McConnell, ahead of a key vote that had at least one Republican presidential candidate changing his campaign schedule.

Speaking on the Senate floor, McConnell, R-Ky., urged his colleagues to vote Wednesday to move ahead on a House-passed bill that would require new FBI background checks and individual sign-offs from three high-ranking federal officials before any refugee from Syria or Iraq could come to the United States.

The campaign of Sen. Ted Cruz, R-Texas, announced he was canceling two events in New Hampshire and rescheduling two others in order to return to Washington to vote. While Republicans said the bill contains no religious tests for the refugees, Cruz, along with former Florida Gov. Jeb Bush, have suggested giving preferences to Christians.

Separately, Cruz introduced a bill allowing governors to reject any refugees they deem to be a security risk.

Another GOP presidential hopeful, Sen. Marco Rubio of Florida, plans to be in Washington for the vote.

The House bill, rammed through in the aftermath of the Paris attacks last November, is rooted in concerns the current process of screening refugees is inadequate and could allow a terrorist to be admitted into the United States.

Obama has scolded politicians for raising worries over taking in refugees fleeing the Islamic State's harsh rule in Syria and Iraq, where it controls territory. "Apparently, they're scared of widows and orphans coming into the United States of America," Obama said when the House voted last year. The White House has said Obama will veto the legislation if it reaches his desk.

Voters' concerns about terrorism have surged at the same time their confidence in the government's ability to defeat IS and other extremist groups has plummeted, according to a national survey conducted in December by the Pew Research Center.

"This debate should be driven by facts and common sense, not fearmongering about targeting 'widows and orphans' or other strawman arguments from the White House that demean a serious conversation," McConnell said.

The GOP-backed American Security Against Foreign Enemies Act cleared the House with 289 votes — a veto-proof margin that included 47 Democrats, despite Obama's opposition.

But McConnell needs at least six Democrats to join all 54 Republicans to approve a motion clearing the bill for final passage in the 100-member chamber.

A final decision on how the Democrats will proceed is expected on Wednesday at their weekly caucus meeting.