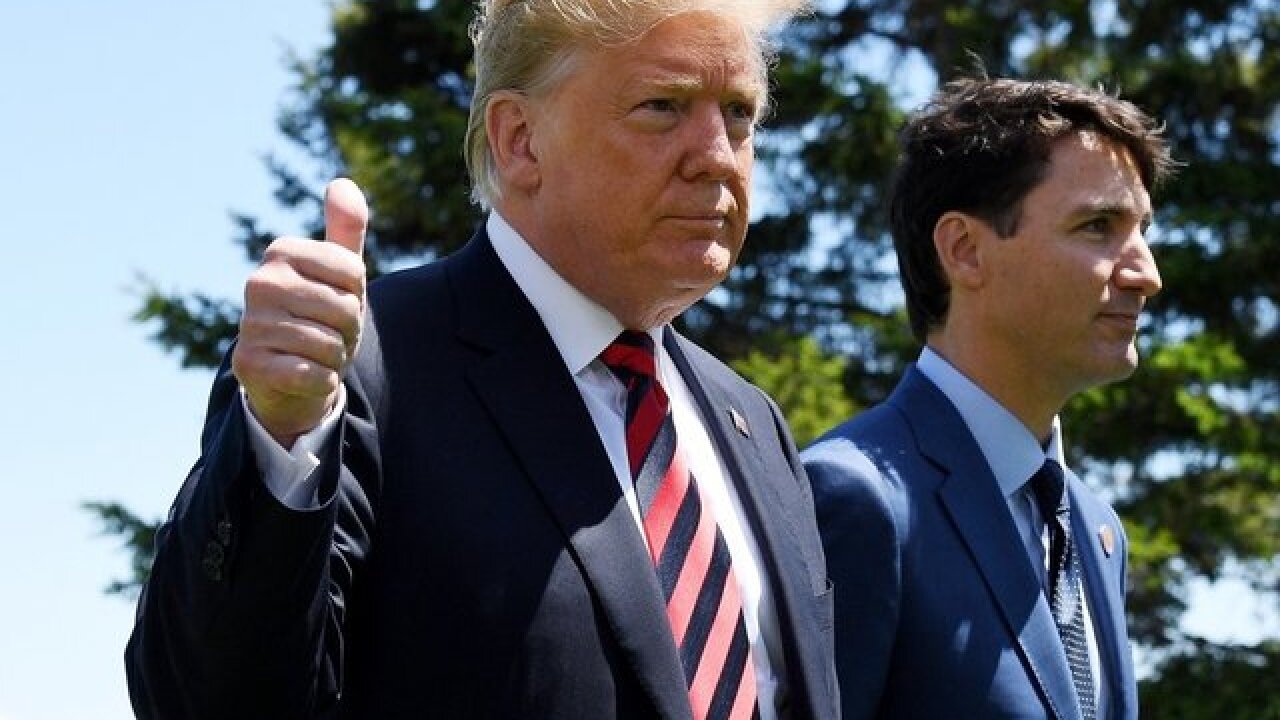 The Senate is on the verge of directly undercutting a key piece of President Donald Trump's trade negotiations with China, as a bipartisan group of lawmakers successfully pushed for the inclusion of a bill to undo a deal to save Chinese telecom ZTE.

Lawmakers are on track to attach an amendment to reimpose any penalty removed by the Trump administration on the firm -- which the president explicitly granted a reprieve from as part of his broader negotiations with Chinese President Xi Jinping -- to an annual defense policy bill that is expected to pass in the coming days.

"I think people are fed up with what ZTE did and they don't think we should just let them off hook, and that it does send a very bad signal to anybody else around the world who's thinking about violating sanctions of the United States," Sen. Chris Van Hollen, the Maryland Democrat who co-authored the amendment, told CNN of the bipartisan effort to move it forward.

The successful inclusion of an amendment to block the deal marks the latest twist in a fight that has roiled Capitol Hill and national security officials -- all as it became a cornerstone piece of Trump's China trade dealmaking strategy. For days, senators have scrambled to block the deal, all as the Trump administration has scrambled to undercut those efforts.

Still, the deal is not done yet. Should the Senate pass the underlying defense bill, it will still have to be reconciled with the House version, giving the Trump administration more time to try and block the effort.

Commerce Secretary Wilbur Ross was sent to Capitol Hill Monday night to provide a classified briefing on the deal in an effort to persuade lawmakers it was good policy, according to multiple senators.

ZTE was essentially dealt a death sentence by the Commerce Department in April when it barred the company from buying US products due to repeated sanctions violations. National security officials, in congressional hearings, have repeatedly warned that the company poses an intelligence risk. Sen. Tom Cotton, an Arkansas Republican who co-authored the amendment, said the amendment would "keep Americans' private information out of the hands of the Chinese Communist Party."

But amid personal appeals from Xi, Trump was willing to reconsider the penalty -- in exchange for a fine of more than $1 billion and an overhaul of their management and compliance regime. Trump has described it as a piece of the broader trade negotiations ongoing with China -- one done explicitly at Xi's request.

"The President did this as a personal favor to the president of China as a way of showing some goodwill for bigger efforts, such as the one here in Singapore," Peter Navarro, one of Trump's top trade advisers, said on Fox News Sunday. "But it will be three strikes you're out for ZTE."

But that has run afoul of lawmakers in both parties who view ZTE as a national security issue -- not one confined to trade talks.

"If this was just a violation of sanctions, then the penalty is fine, but for me it's more than that," said Sen. Marco Rubio, a Florida Republican. "For a lot of people it is."

Lawmakers have tried multiple avenues to block the deal, first inserting language to re-impose penalties in the defense bill two weeks ago -- only to find out that wouldn't apply retroactively. Several Senate sources told CNN their understanding was the Trump administration struck the deal before that language could become law and apply -- something Van Hollen said was the case.

For its part, the company has denied that it poses a security risk to the US. As part of its deal with the Commerce Department, signed June 8, ZTE must replace the boards of directors of two corporate entities within 30 days. All members of ZTE's leadership at or above the senior vice president level also must be terminated, along with any executive or officer tied to the wrongdoing.

"I'm very, very happy with this arrangement," Ross said last week. "It is the strictest and largest fine that has ever been brought by the Commerce Department."

While the deal has come under sharp criticism by lawmakers -- Senate Democratic Leader Chuck Schumer called it "weak as a wet noodle" -- some have defended its merits and warned of risks to the ZTE penalties.

"To me, this is a big step forward in addressing my concerns," said Sen. John Cornyn, R-Texas, who has been deeply involved in the issue. "But if ZTE ceased to exist then I have no doubt it would basically be absorbed by Huawei and we would not be able to solve the under lying problem."

Still, after the briefing Monday night from Ross, Cornyn said he would support the amendment.

Cotton, a close Trump ally who has been among the strongest critics of the deal, had a one word answer when asked if Ross made any headway in talking senators out of moving forward with their efforts: "No."

"I and obviously every other senator believes the death penalty is the appropriate punishment for their behavior," Cotton said.