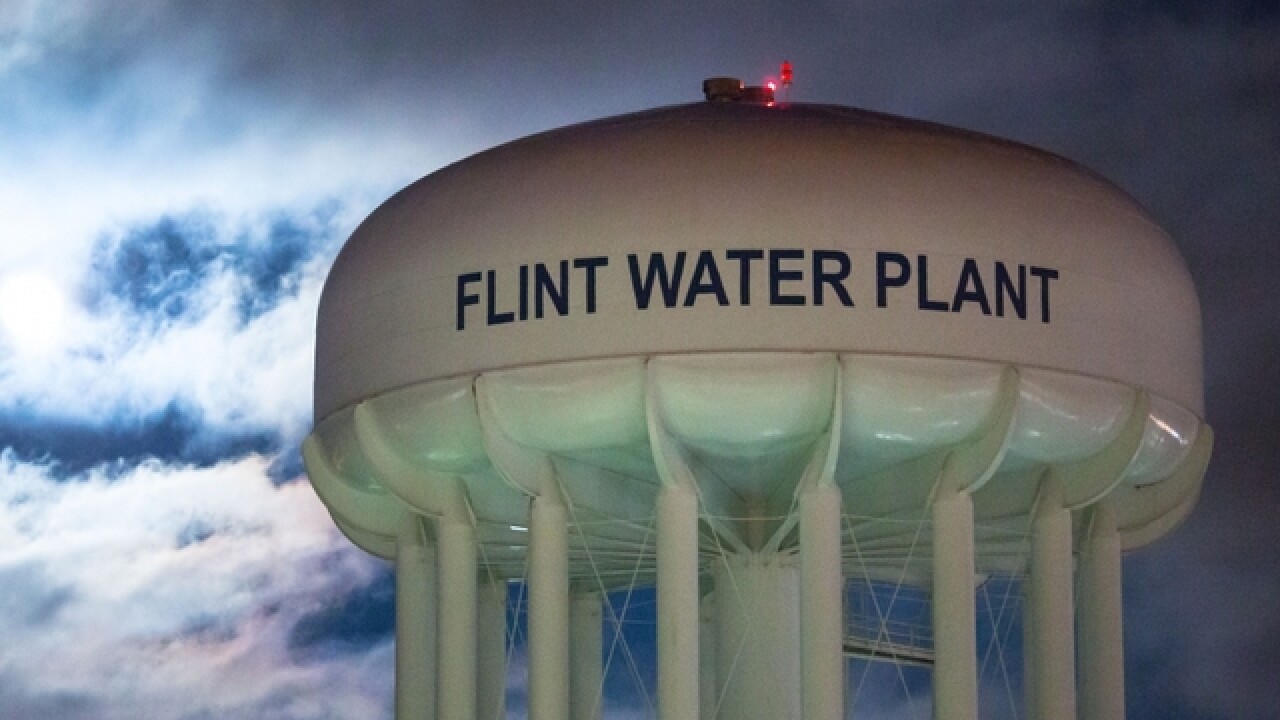 WASHINGTON (AP) — Senators from both parties reached a tentative deal Wednesday to address a water crisis in Flint, Michigan, and allow a long-stalled energy bill to move forward.

A proposal by Sens. Debbie Stabenow, D-Mich., James Inhofe, R-Okla., would authorize $100 million in emergency aid to fix and replace the city's lead-contaminated pipes, as well as $70 million in loans to improve its water infrastructure. The deal also authorizes $50 million nationwide to bolster lead-prevention programs and improve children's health.

Stabenow and Inhofe declined to comment Wednesday, but Texas Sen. John Cornyn, the No. 2 Republican in the Senate, said a deal was being finalized. A copy of the Stabenow-Inhofe proposal was being circulated Wednesday at the Capitol.

The apparent agreement follows weeks of negotiations on how to provide emergency aid to Flint, where drinking water became tainted when the city switched from the Detroit water system and began drawing from the Flint River in 2014 to save money.

Water was not properly treated, and lead from aging pipes leached into the supply.

Stabenow and Sen. Gary Peters, D-Mich., proposed a $600 million aid package for Flint last month, but Cornyn and other Republicans said it was too early to provide funds.

The impasse over Flint has blocked a bipartisan energy bill that had been moving forward in the Senate.

The bill, the first comprehensive energy legislation in nearly a decade, promotes a wide range of energy, from renewables such as solar and wind power to natural gas and hydropower. The legislation also would speed federal approval of projects to export liquefied natural gas to Europe and Asia and boost energy efficiency.

Under the tentative agreement, the Senate would vote on the energy bill before taking up the Flint legislation as a separate bill.

An agreement would resolve — for now — an increasingly partisan response to the water crisis in Flint, as Democrats press for swift help for a majority African-American city of 100,000 and point to the past, rapid response of Republicans to natural disasters in Texas and Florida.

Democrats blame Michigan's Republican governor, Rick Snyder, and other state officials for a cost-cutting move that resulted in a public health emergency caused by lead-contaminated water. Flint was under state control when water supply was switched.

Republicans have acknowledged state errors, but also have pointed to a slow response by the U.S. Environmental Protection Agency.

Snyder has agreed to testify to Congress about the Flint crisis.