5 people, including 3 children, dead after apparent murder-suicide in San Dieg 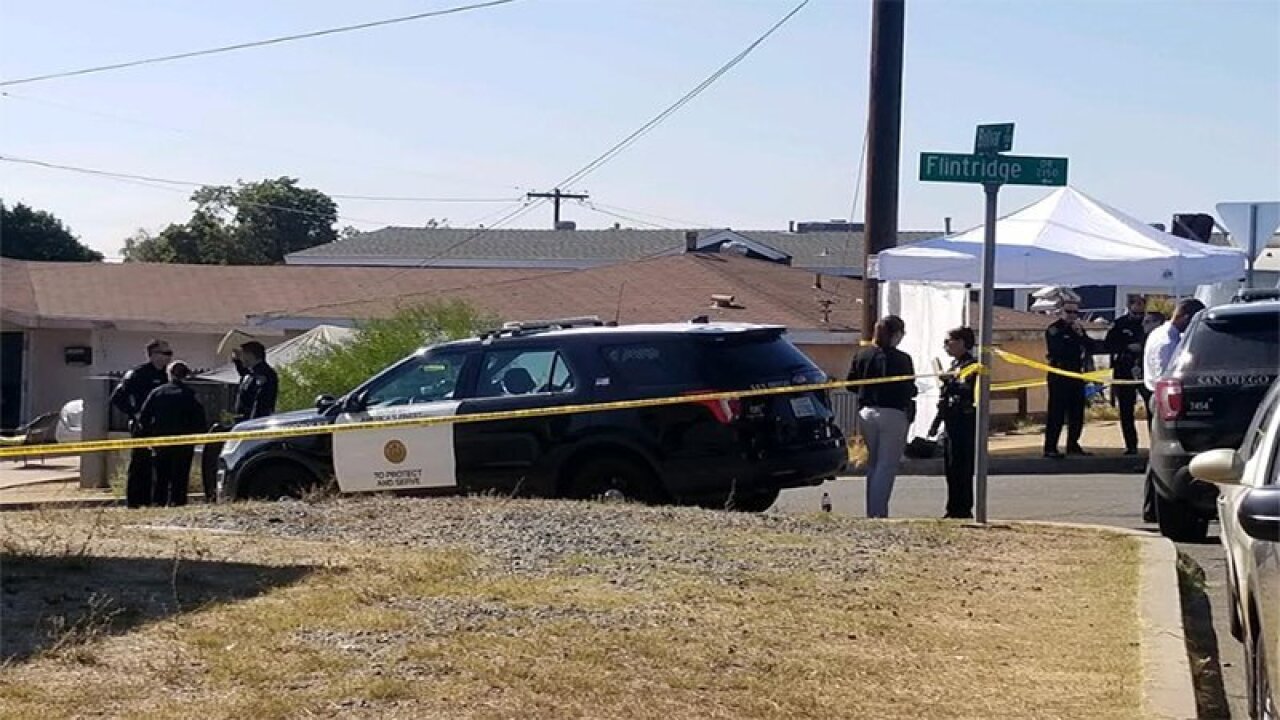 KSWB/KSWB
** Embargo: San Diego, CA ** Three children, all under the age of ten, are among five people that were shot and killed Saturday morning, the San Diego Police Department said.

(CNN) -- Five people, including three children, are dead in a case of domestic violence in the Paradise Hills neighborhood of San Diego on Saturday, authorities said.

"We believe the male came over this morning, there was some kind of disagreement and he used a handgun and shot his family before turning the gun upon himself," Dobbs said.

The first call came into police at 6:49 a.m., when a dispatcher heard arguing and someone being asked to leave, Dobbs said. As police headed to the scene, a relative next door called police and reported hearing arguing and what sounded like a nail gun.

Once police arrived, they knocked on the door and got no response. They looked through a window and saw a child on the ground covered in blood. They broke through the window and found "several people down" suffering from apparent gunshot wounds, Dobbs said. A handgun was found in the home.

The woman, a 31-year-old man and a 3-year-old boy were found dead on the scene, Dobbs said. Three other boys, ages 5, 9 and 11 were taken to the hospital. Two of those boys died and another one is undergoing emergency surgery, though it is not clear which one survived, Dobbs said.

The dead man and woman were the parents of the children. The mother lived in a granny flat with the children, Dobbs said.

"These are the toughest calls we can respond to," said police Chief David Nisleit. "This greatly impacts our officers," some of whom carried the children to the ambulance and have, themselves, just had children.

For those going through domestic violence, Nisleit recommended using the resources law enforcement provides for victims.

"We know throughout this county, throughout this city, that there's domestic violence victims every single day," Nisleit said. "To those that might be experiencing family violence, domestic violence there's resources. You can call our non-emergency line, the Family Justice Center or if there's an emergency going on, we ask that you call 911. But, don't be afraid to call, that's the first step. We want to prevent types of family violence that we unfortunately saw today."