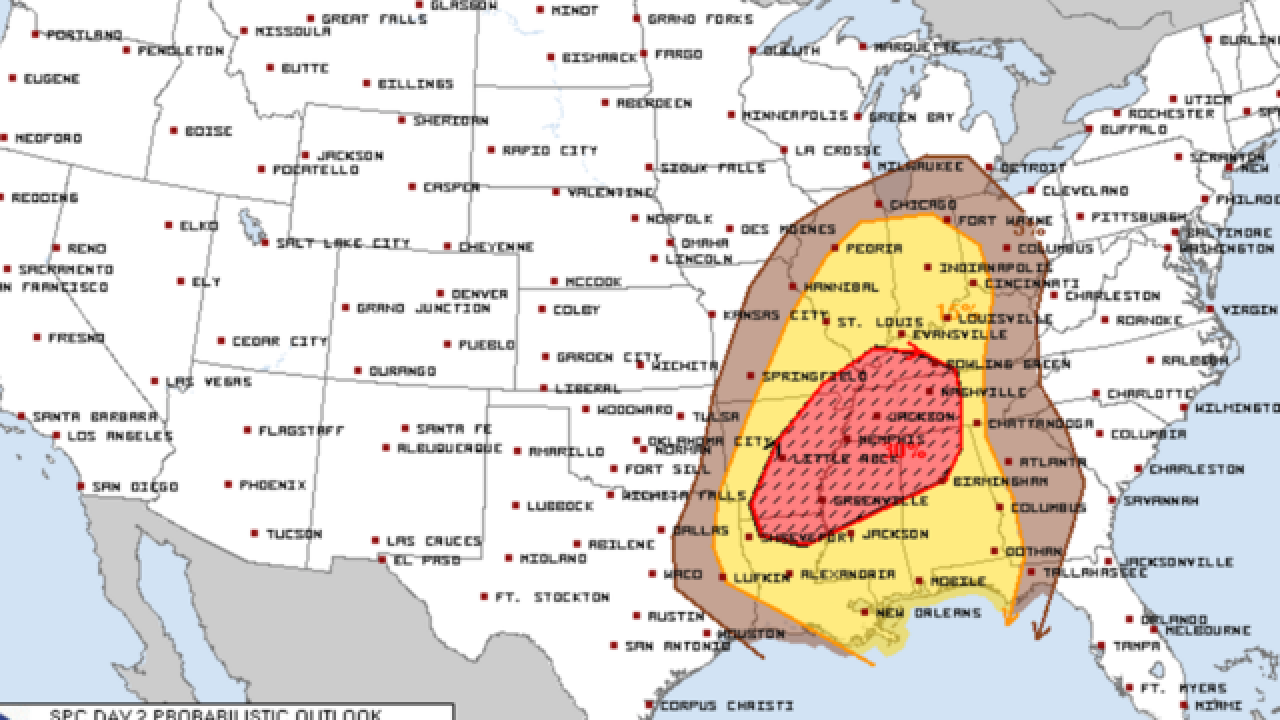 <p>Photo by NWS. The area hatched in red is where the strongest severe weather is spected Wednesday. This area could see damaging winds, large hail and significant tornadoes. </p>

As families travel for the holidays this week, a spring-like severe weather outbreak will likely affect the Midwest and South, causing flights to be delayed or canceled across the nation.

A cluster of severe storms formed over Texas and Louisiana on Tuesday, before moving north overnight.

On Wednesday morning, a line of severe storms was expected to form over the Ozarks and move east, according to the National Weather Service's Storm Prediction Center. As the storms approach the Mississippi River valley, the storms could be at their strongest.

The Storm Prediction Center has much of Tennessee and Arkansas — along with sections of Kentucky, Louisiana, Mississippi and Alabama — under an enhanced risk of severe weather. Areas under a general risk of severe weather include St. Louis, New Orleans, Atlanta, Indianapolis, Chicago and Detroit.

Tornadoes are one of the primary concerns from Wednesday’s storms. The Storm Prediction Center says that significant tornadoes are possible through Wednesday evening.

Temperatures ahead of the storms will be more like April and May than December, as record highs are expected for much of the Midwest and East. Temperatures that are 25 to 30 degrees above average are forecasted east of the Mississippi River.

Meanwhile, Wednesday marks one of the busiest travel days of the year. With major airports such as Atlanta, St. Louis, Chicago, Memphis and Cincinnati, the ripple effects could cause travelers a lot of havoc Wednesday.

You can check for flight delays here