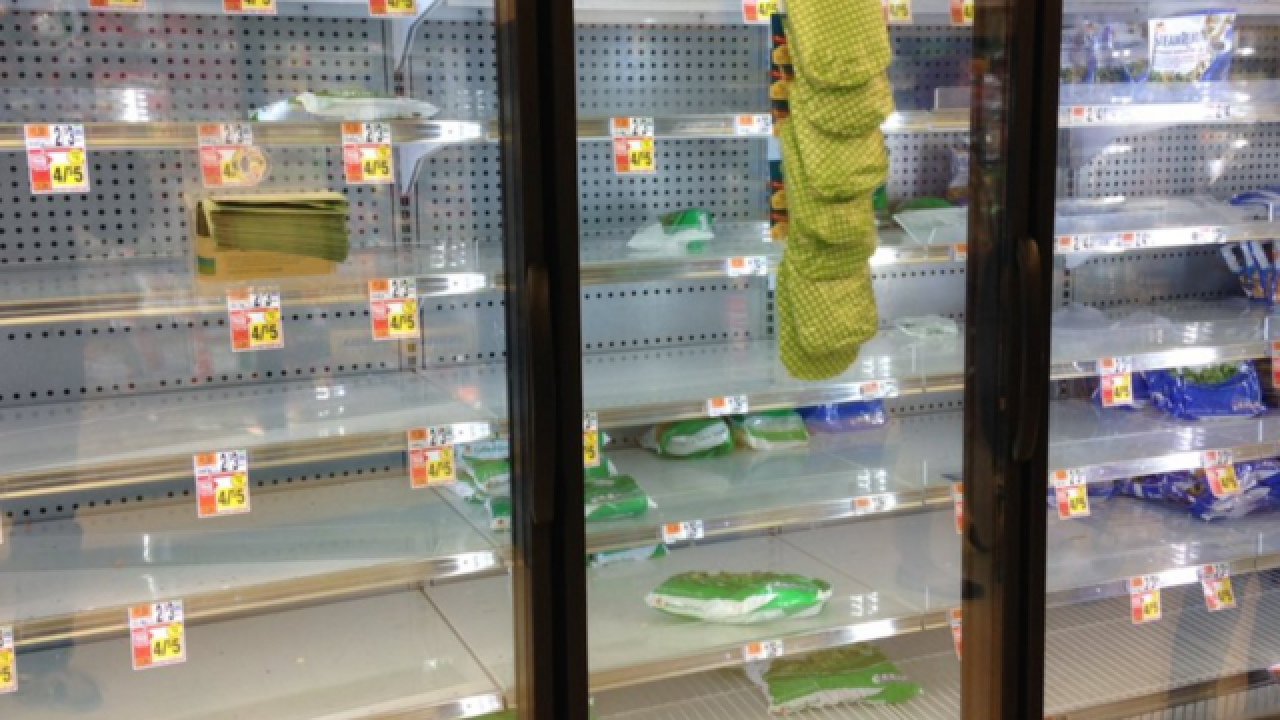 A major blizzard has its eyes set on the East Coast this weekend as residents raid local grocery stores to load up on necessities in advance of the big storm.

According to Storm Shield meteorologist Jason Meyers, a band of heavy snow will extend from Kentucky to New York starting Friday. Some forecast models are calling for at least 18 inches of snow in Philadelphia, Baltimore and Washington D.C. this weekend.

The snow storm is causing many in the Mid-Atlantic to get what they need to get through the weekend. Twitter users showed photos of empty stores Wednesday night.

Winter storm and blizzard watches have been issued by the National Weather Service in 12 states. The worst of the storm should hit the Mid-Atlantic late Friday into Saturday morning.

What the egg aisle is like in a D.C. grocery store two days before a major snow storm is expected to hit pic.twitter.com/wkOVRnReRm

Landed back in DC. Wandered over to the grocery store. Discovered that the apocalypse is coming. pic.twitter.com/mKuhLLVOSi