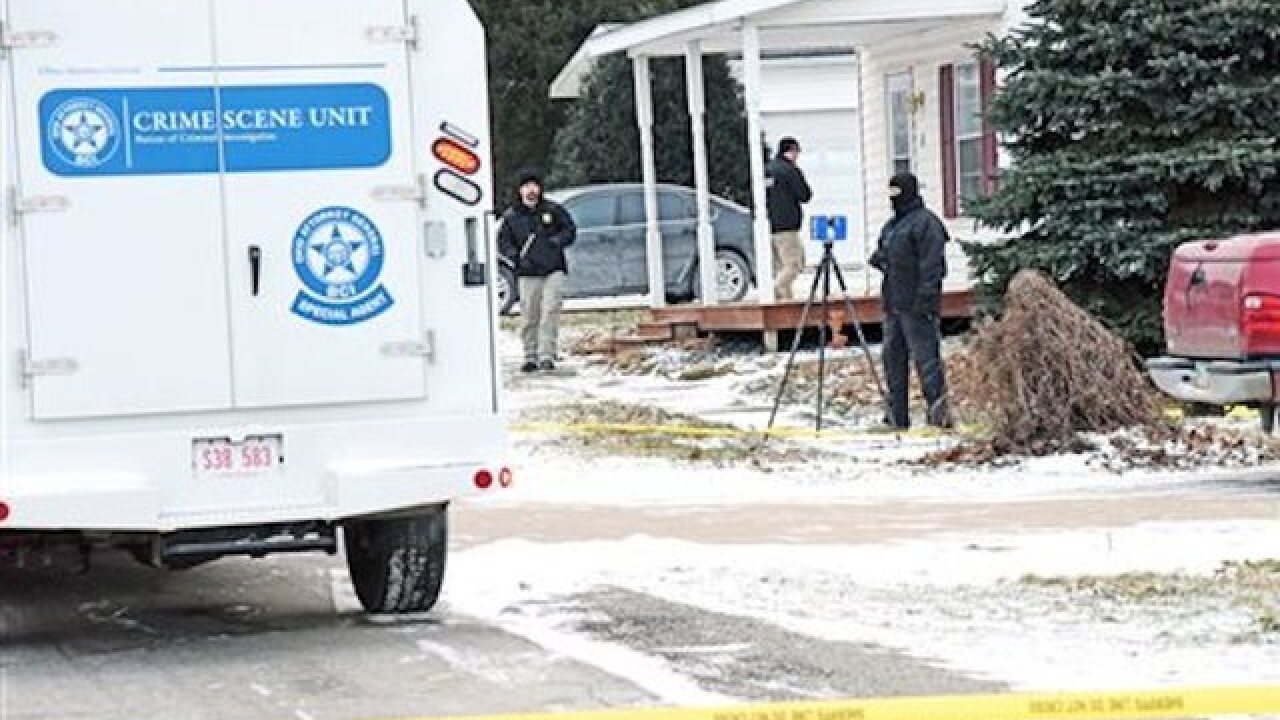 Virgil Shipley/The News via AP
Virgil Shipley
<p>Investigators with the Bureau of Criminal Identification and Investigation work the scene of a residence on East Washington Street in Danville, Ohio, Monday, Jan. 18, 2016, after Danville Police Officer Thomas Cottrell was found shot to death Sunday night. A man whose ex-girlfriend reported that he was armed and looking to kill police was in custody suspected in the death of Cottrel, authorities said Monday. (Virgil Shipley/The News via AP) </p>

MOUNT VERNON, Ohio (AP) — A police officer was found dead behind the municipal building in Danville, Ohio, and a suspect is in custody, authorities said Monday.

Danville Officer Thomas Cottrell was found dead on the ground behind the Danville Municipal Building just before midnight and his service weapon had been taken and his cruiser was missing, Knox County Sheriff David Shaffer said in a statement early Monday.

Officials did not immediately say how the officer died. But, Chief Jim Gilbert, the chief deputy of the Franklin County Sheriff's office in Ohio, tweeted early Monday: "Prayers for Ohio's first fallen officer for 2016 a Danville PD Officer was shot/killed this evening in Knox County. "

Shaffer's statement said authorities received a call at 11:20 p.m. Sunday from a woman saying that police officers in Danville were in danger, and that her ex-boyfriend, Herschel Ray Jones, had weapons and was looking to kill an officer.

Shaffer says dispatchers tried to make contact with the Danville officer, but were unsuccessful. The Knox County Sheriff's Office then searched the village.

About 20 minutes after the initial call to dispatchers, Cottrell was found dead.

Just after 1:30 a.m., Jones was seen running from a home and was captured near Danville Park after a short foot chase, officials said.

Danville is located about 60 miles northeast of Columbus and 100 miles southeast of Cleveland.