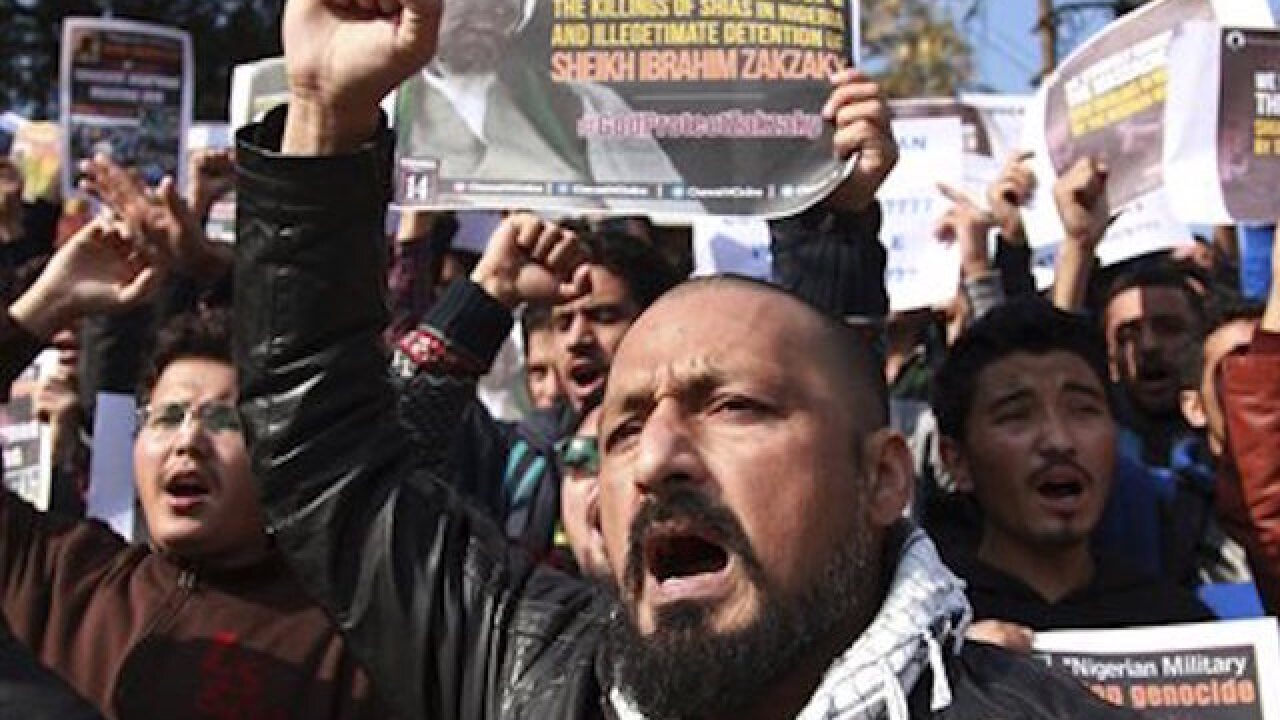 LAGOS, Nigeria (AP) — The Islamic Movement in Nigeria charges the military is burying the bodies of hundreds of victims of an alleged massacre of Shiite Muslims to hide the death toll.

Wednesday's allegation comes as human rights advocates and the United States called for an investigation following the army's raid on Nigerian Shiites in which hundreds of people were reportedly killed and Shiite leader Ibraheem Zakzaky suffered four bullet wounds.

Details of the weekend violence in Zaria have been slow to emerge because the three attacked areas of the northern town have been on lockdown with no one allowed to enter or leave.

Shiite spokesman Ibrahim Musa says soldiers took the bodies from the hospital mortuary and buried them in mass graves on Wednesday.