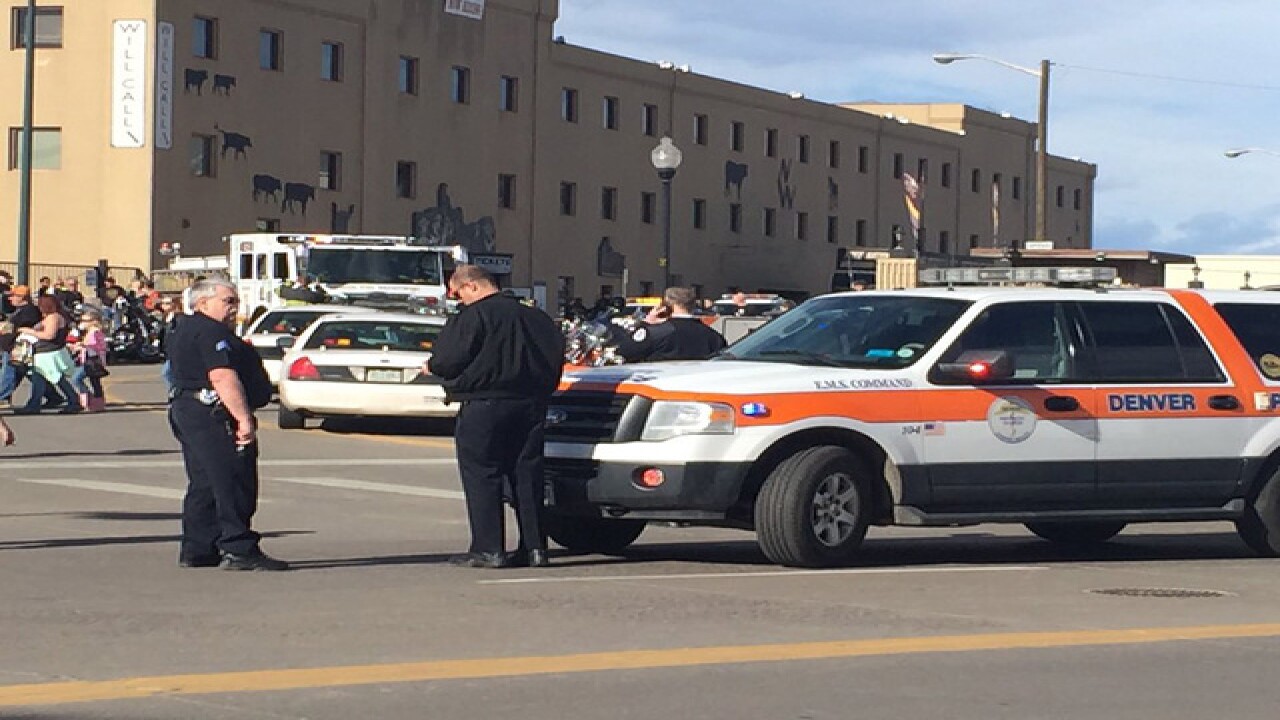 <p>Multiple people have been shot and one has been stabbed at the Denver Coliseum Saturday afternoon, according to the Denver Police Department. (Photo/Denver7 reporter Brendaliss Gonzalez) </p>

A weekend brawl at a Denver motorcycle show that left one dead and seven others injured was between a club of off-duty law enforcement and another group, lawyers for both biker organizations said Sunday.

The groups are blaming each other for the clash that happened early Saturday afternoon at the crowded Colorado Motorcycle Expo, where members of motorcycle clubs from across the country had gathered. Three of the wounded were hit by gunfire. Another person was stabbed and three others suffered injuries from a fistfight, police said.

But Las Vegas attorney Stephen Stubbs, who represents the Mongols, said it was Iron Order members who instigated the alcohol-fueled brawl by taunting them into an argument that led to the deadly shooting of a Mongols member.

"None of the Mongols involved in the altercation had a gun, not even one of them," Stubbs told The Associated Press. Another club member was among the injured, he said.

Whitfield said one Iron Order member was shot, another stabbed and a third beaten.

"We don't have any issue with the Mongols," he said, adding that if an Iron Order member shot someone "it absolutely was out of self-defense."

Denver police have refused to release details about what happened or identify the clubs involved. They had made no arrests as of Sunday afternoon, spokeswoman Raquel Lopez said.

Denver Health Medical Center, where the injured were being treated, said three patients remained in critical condition and three in stable condition Sunday.

The violence put new focus on Iron Order, made up mostly of police officers and military personnel, and the Mongols, recognized by law enforcement as a highly-organized criminal gang. Members of the Mongols in Denver were charged with drug trafficking, firearms violations, witness tampering and other crimes during a nationwide racketeering investigation involving the group in 2008.

Iron Order had about 15 members in attendance, he said.

Lopez said few details were being released because investigators were still trying to piece together what happened.

The Colorado Motorcycle Expo was being held at the National Western Complex and was scheduled to go through Sunday, but the city ordered organizers to cancel its Sunday events after the incident.

A statement posted on the event's website said it didn't have any information and apologized to vendors and patrons for any inconvenience.