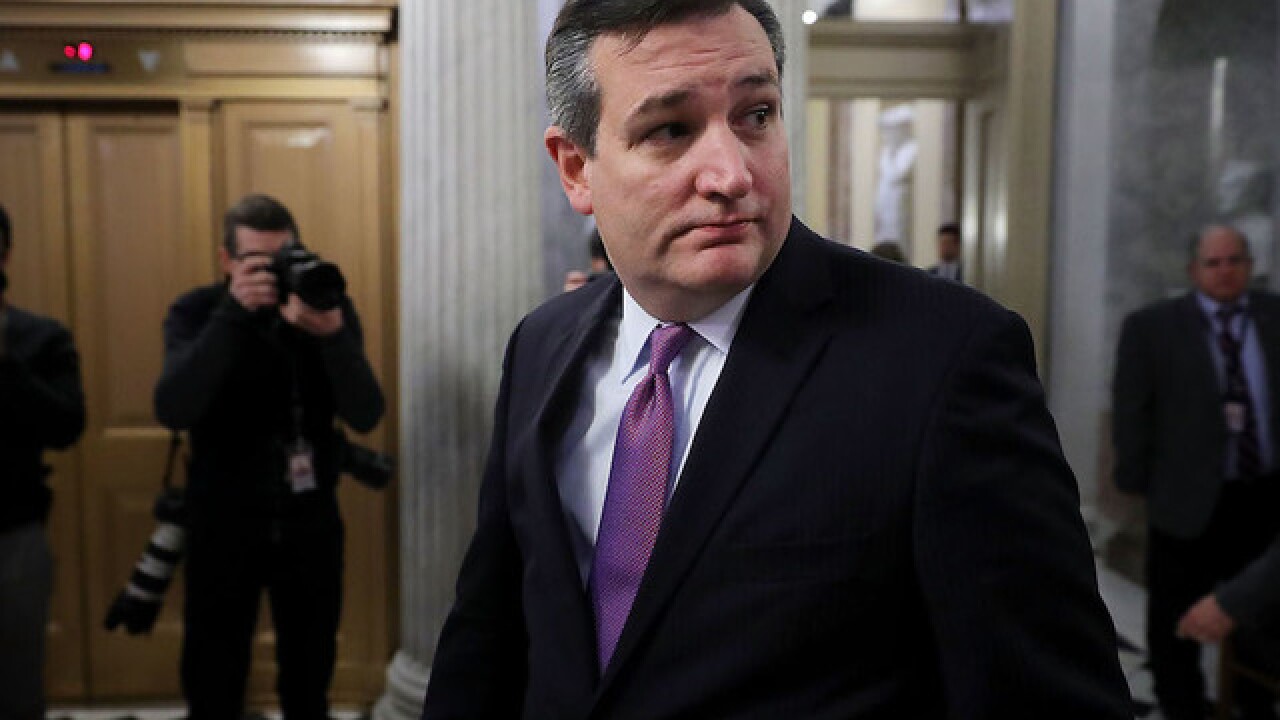 Copyright Getty Images
Chip Somodevilla
<p>WASHINGTON, DC - FEBRUARY 09: Sen. Ted Cruz (R-TX) (C) leaves the Senate Chamber following early morning votes at the U.S. Capitol February 9, 2018 in Washington, DC. Despite an attempt by Sen. Rand Paul (R-KY) to slow down the process, the Senate passed bipartisan legislation to continue to fund the government and lift strict budget caps. With the government officially in a shut down, the legislation now goes to the House of Representatives. (Photo by Chip Somodevilla/Getty Images)</p>

The senator from Texas ran afoul of the showrunner for "The Simpsons" after he invoked the characters during an appearance Thursday at the Conservative Political Action Conference, or CPAC.

"The Democrats are the party of Lisa Simpson," Cruz said of the character who is portrayed on the show as being a bit of a know-it-all. "And Republicans are happily the party of Homer, Bart, Maggie and Marge."

"Ted Cruz says Maggie Simpson would vote for him," Jean tweeted. "I think Ted's the one who could use a pacifier in his mouth."

Jean also joked that with the "way things are going even Mr. Burns (the show's billionaire character) is thinking of becoming a Democrat."

"The Simpsons" is known for getting political and even had an episode in 2000 that predicted Donald Trump would become President (with Lisa Simpson being elected after him and inheriting his budget crisis).

Cruz made his comments during an interview with "The Federalist" founder Ben Domenech, who compared the current gun control debate to a "Simpsons" episode.

During a 1997 episode of the series titled "The Cartridge Family," patriarch Homer Simpson purchases a gun, much to the disapproval of his wife, Marge.

When Homer argues he has to have a gun because "it's in the Constitution," daughter Lisa argues, "Dad, the Second Amendment is just a remnant from Revolutionary days. It has no meaning today."

Cruz is a fan of the show and even has done impressions of the characters.

Twitter had a field day over Cruz calling Lisa Simpson a Democrat, with one user tweeting, "Lisa is the only intelligent character in the family. So R the dumb characters Republican?"

"The Simpsons" former showrunner, Bill Oakley, has his own ideas about the characters' political affiliations.

He tweeted that there was "no way" Maggie was a Republican and said that Bart is a Libertarian.

As for Homer, Oakley wrote, "He may be Republican because the joke with Homer, as everyone knows, is that he is poorly-informed and reactionary in the extreme."