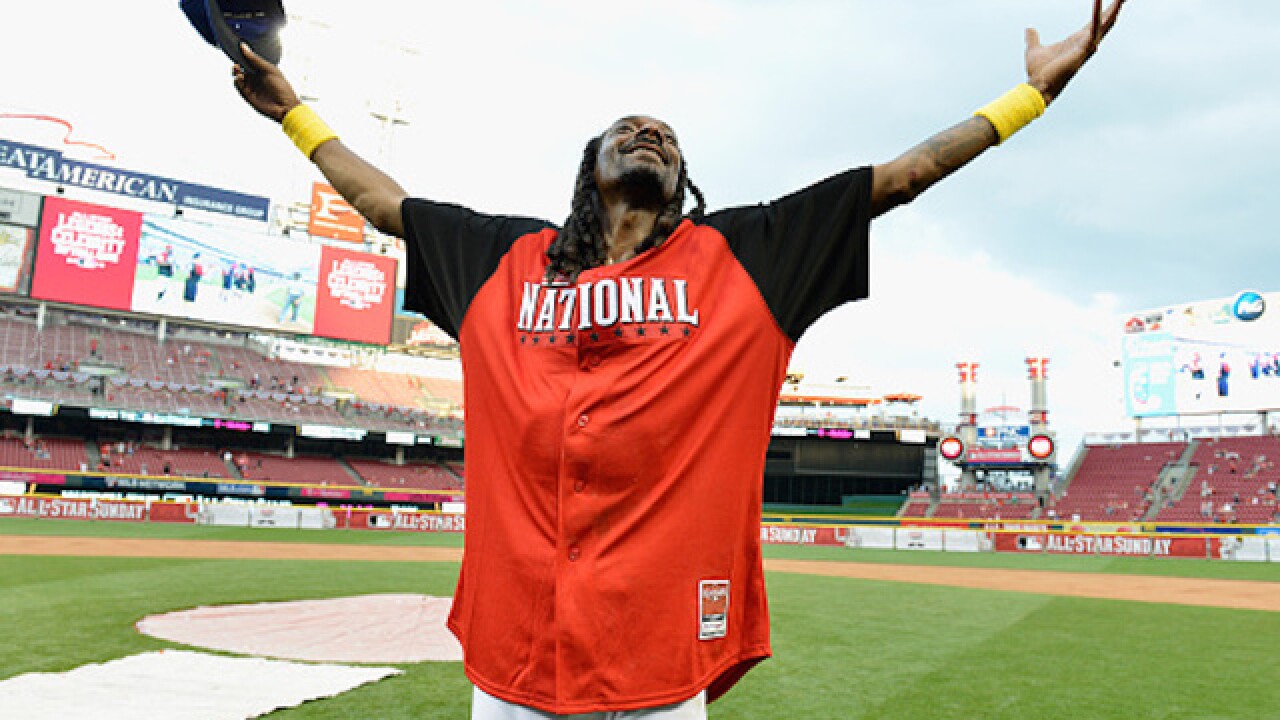 Rapper Snoop Dogg is a noted football fan. He’s a staple on the sidelines of USC and UCLA football games, and even fields and coaches a peewee football team of his own.

Apparently, his experience on the gridiron doesn’t extend to the baseball diamond.

While throwing out the first pitch at the San Diego Padres’ game against the Atlanta Braves on Wednesday, Snoop sent the ball more than “juuuust a bit outside.”

Juuussstt a bit outside. @SnoopDogg with today's first pitch! #Padreshttps://t.co/17HN5qUw5A

It’s OK. Snoop isn’t the only celebrity to slice a ceremonial first pitch.

In 2014, fellow rapper 50 Cent attempted to throw out the first pitch at a New York Mets game. 50 sent his pitch wide left — and came close to nailing a photographer.

Apparently, musical talent doesn’t translate to arm mechanics. Two other musicians — Carly Rae Jepsen and Mariah Carey — couldn’t even get their first pitches to the plate. At least Jepsen came prepared, as Carey was forced to attempt her throw in high heels.

But hey, everyone has an off-day — including the Commander-in-Chief. While throwing out the first pitch at the Washington Nationals’ home opener in 2010, President Barack Obama hung his throw a bit high. Nats fans would have probably let it slide, but Obama taunted Washington before the pitch by donning the cap of his beloved White Sox.

But perhaps the ugliest ceremonial first pitch comes from former Cincinnati Mayor Mark Mallory, whose throw ended up closer to first base than to home. Amazingly, Mallory was still able to win re-election in 2009 in the baseball-crazed town.