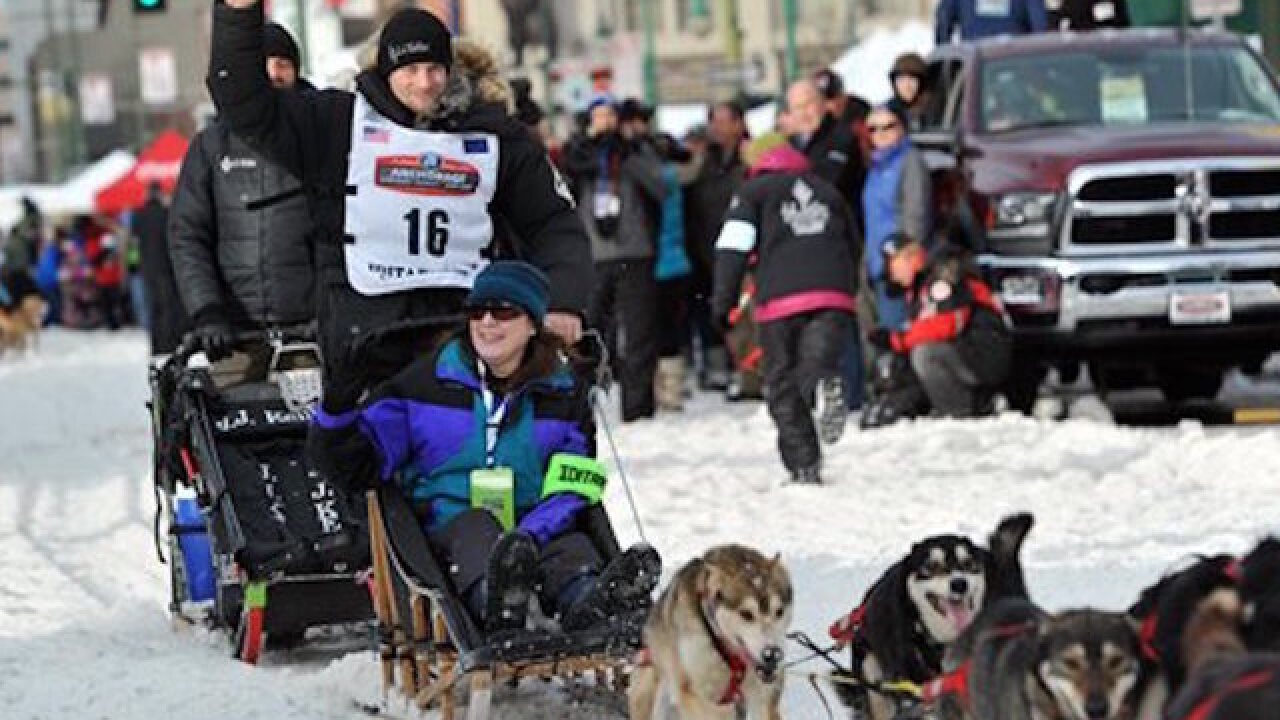 A dog on the team of four-time champion Jeff King was killed.

Two other dogs on King's team were injured. King received medical attention at the village of Nulato (noo-LAH-toh).

A dog on the team of Aliy Zirkle (AL-ee ZUR-cul) also received what was described as a non-life-threatening injury.

Race officials say the snowmobiler made repeated attempts to harm Zirkle and her team.

Race officials say a suspect has been identified by a Nulato village police officer.