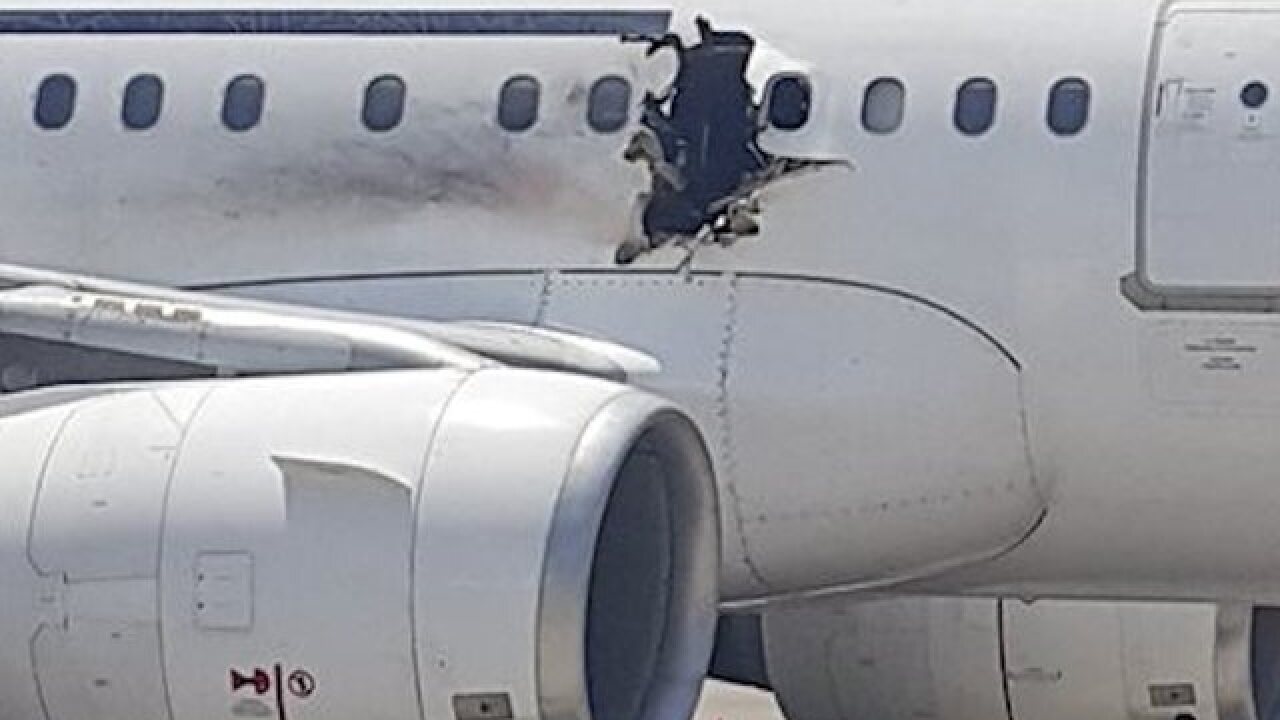 Copyright Associated Press
STR
<p>In this Tuesday, Feb. 2, 2016 photo, a hole is photographed in a plane operated by Daallo Airlines as it sits on the runway of the airport in Mogadishu, Somalia. A gaping hole in the commercial airliner forced it to make an emergency landing at Mogadishu's international airport late Tuesday, officials and witnesses said. (AP Photo)</p>

MOGADISHU, Somalia (AP) — A Somali official says that a bomb blew a hole in a jetliner, killing one person and forcing the plane to make an emergency landing in Somalia's capital, Mogadishu, on Tuesday.

Ali Jama Jangali, Somalia's transport minister, said at a press conference Saturday that investigators concluded that a bomb caused the hole and was intended to cause the Dubai-based Daallo Airlines jet to crash. He said the findings are preliminary and the investigation is continuing.

A senior Somali intelligence official told the Associated Press that six people have been arrested in connection with the blast after examinations of CCTV images in the airport. He insisted on anonymity because he is not authorized to speak to the press about the matter.