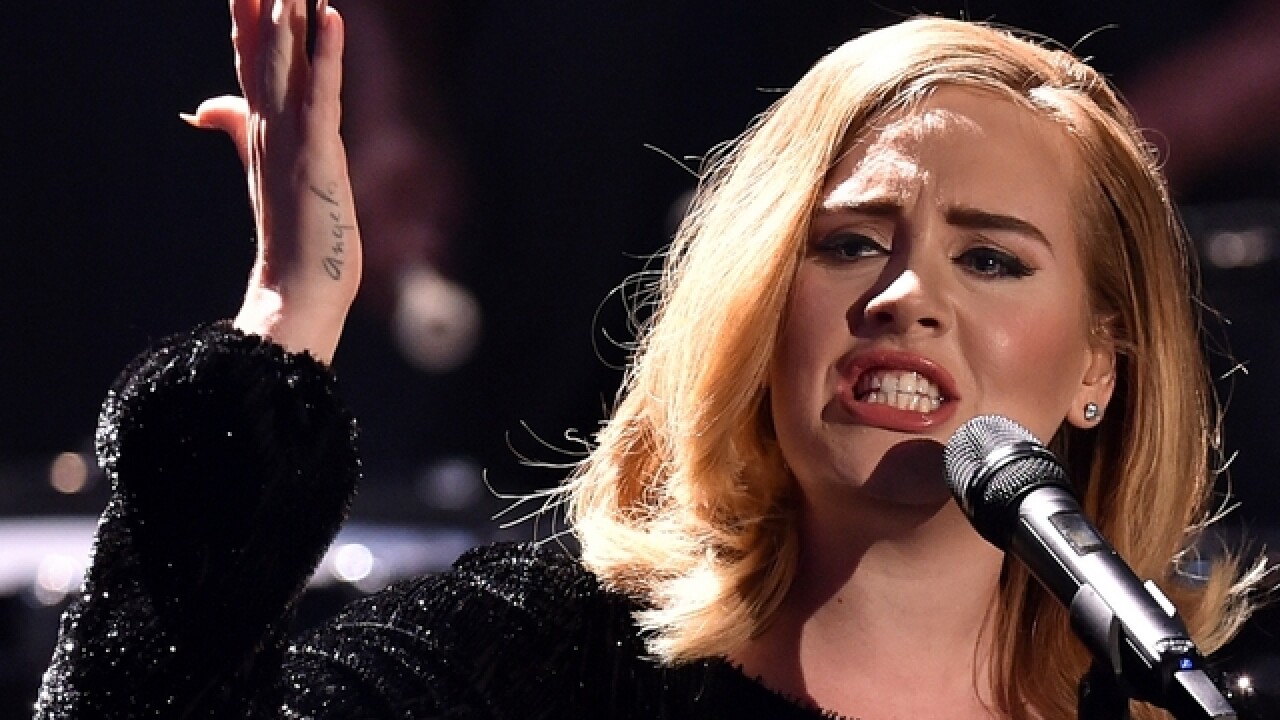 Adele’s performance Monday night was plagued by bad sound problems, but it wasn’t immediately clear where those issues arose from.
Some hypothesized that the noises that started from the very beginning of “All I ask” were the result of a previous performance by Justin Bieber. Us Magazine reports that the twangs heard during Adele’s performance, which sounded similar to an acoustic guitar, were only heard over TV and not by the live audience.
The 27-year-old’s performance at the Staples Center in Los Angeles was a song on the record-shattering album “25” – but live attendees said she sounded flawless.
Justin Bieber had just sang a live version of his hit “Love Yourself,” prompting Grammys viewers to immediately speculate.
One user wrote, "I think the mystery person playing acoustic guitar behind Adele was Bieber,” while one fan speculated, "Did @justinbieber guitar tuning mess up @Adele 's performance?? #GRAMMYs #SomeonesGettingFired.”
However, it didn't take wrong for Adele to set the record straight.
"The piano mics fell on to the piano strings, that's what the guitar sound was. It made it sound out of tune," she wrote.

The piano mics fell on to the piano strings, that's what the guitar sound was. It made it sound out of tune. Shit happens. X

Though “All I ask” is not eligible this year’s awards, it’s expected to top next year’s list of nominee, as well other songs released on the potentially legendary record.
RTV6