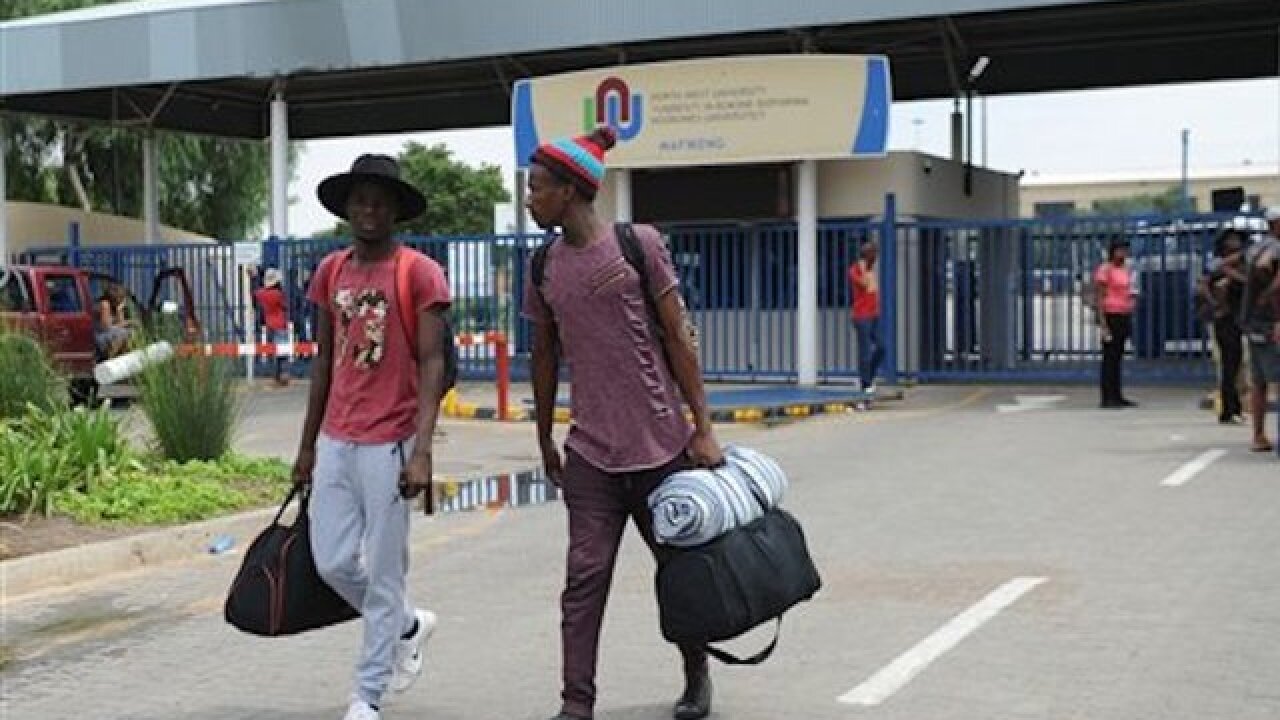 JOHANNESBURG (AP) — Leaving behind charred, smoldering buildings, students were ordered on Thursday to abandon a South African university, where protests have turned violent.

South African President Jacob Zuma said: "No amount of anger should drive students to burn their own university and deny themselves and others education."

Student protests have erupted on college campuses across South Africa, often aimed at pressing for lower tuition, more student housing and at erasing remnants of South Africa's racist past.

In recent days, black and white students have even come to blows over the use of Afrikaans as a teaching language, an echo of the 1976 student uprising in the Soweto township south of Johannesburg against apartheid. Those bloody protests, which were put down by security forces using live ammunition at times, erupted over a rule that classes be taught in Afrikaans, considered to be the language of the white oppressor.

In other violence at college campuses in recent days:

— At the University of the Free State, black protesters disrupted a rugby match, leading mostly white spectators to run onto the field and attack the protesters. The university said in a statement that "the reaction from the group of spectators ... not only opened old wounds, it trampled, literally and figuratively, on the dignity and humanity of other human beings."

— At the University of Pretoria, student members of the Economic Freedom Fighters opposition party fought members of AfriForum, an Afrikaner cultural group, according to an online video. Morne Mostert, leader of the cultural group's youth wing, told the South African Broadcasting Corporation that rather than do away with Afrikaans, universities should develop education in black African languages.

Violence at the North-West University campus started after some students disrupted the inauguration of a new student council, said university spokesman Koos Degenaar.

Mabengwane denied that students were behind the fires.

Mabengwane is part of a dissolved student council calling for the removal of Afrikaans as a teaching language, which it says unfairly benefits white students on the university's historically white Potchefstroom campus. It also wants students who are unable to pay their tuition to be allowed to continue their studies, said Mabengwane.