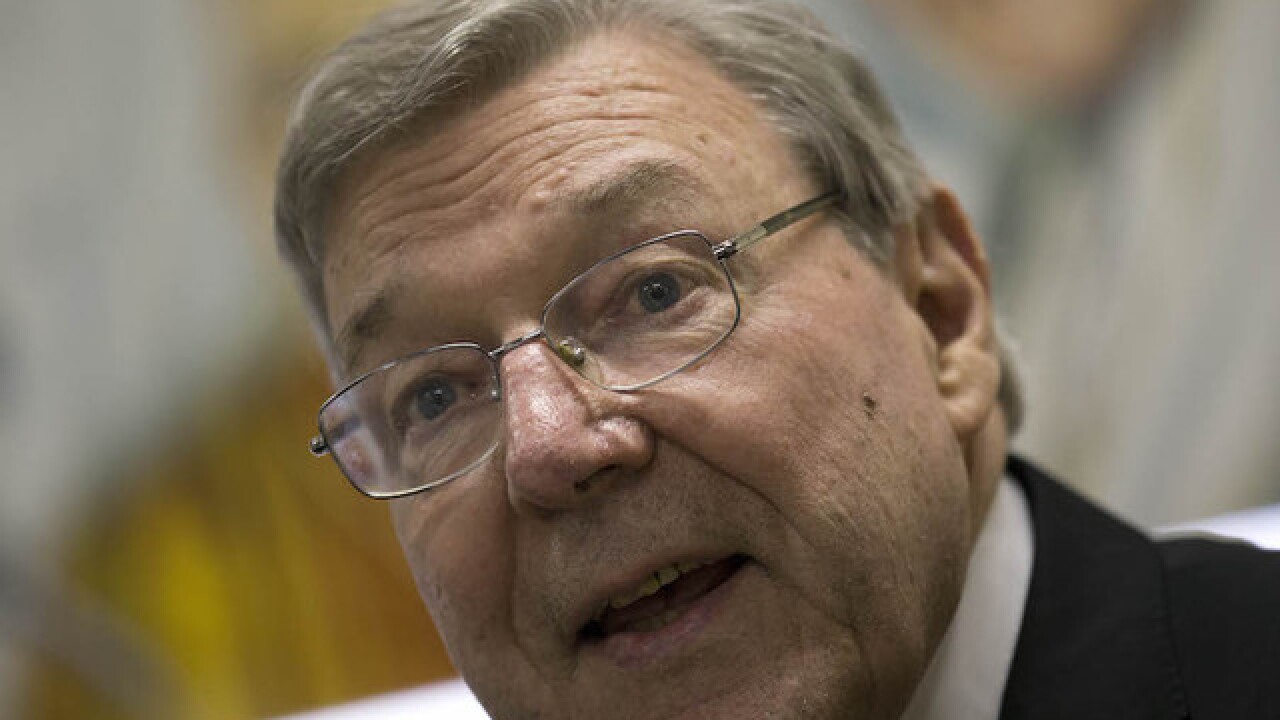 VATICAN CITY (AP) — One of the highest-ranking Vatican officials is being compelled to testify this weekend in a public hearing about clerical sex abuse in an unusual demonstration of holding even the most senior Catholic bishops accountable for the scandal.

The arrangements, including the 10 p.m.-2 a.m. testimony window to suit Australian time zones, were made after Pell asked to be excused from traveling home to testify in person because of previously undisclosed heart conditions — a heart attack, heart disease and hypertension — that made flying too risky.