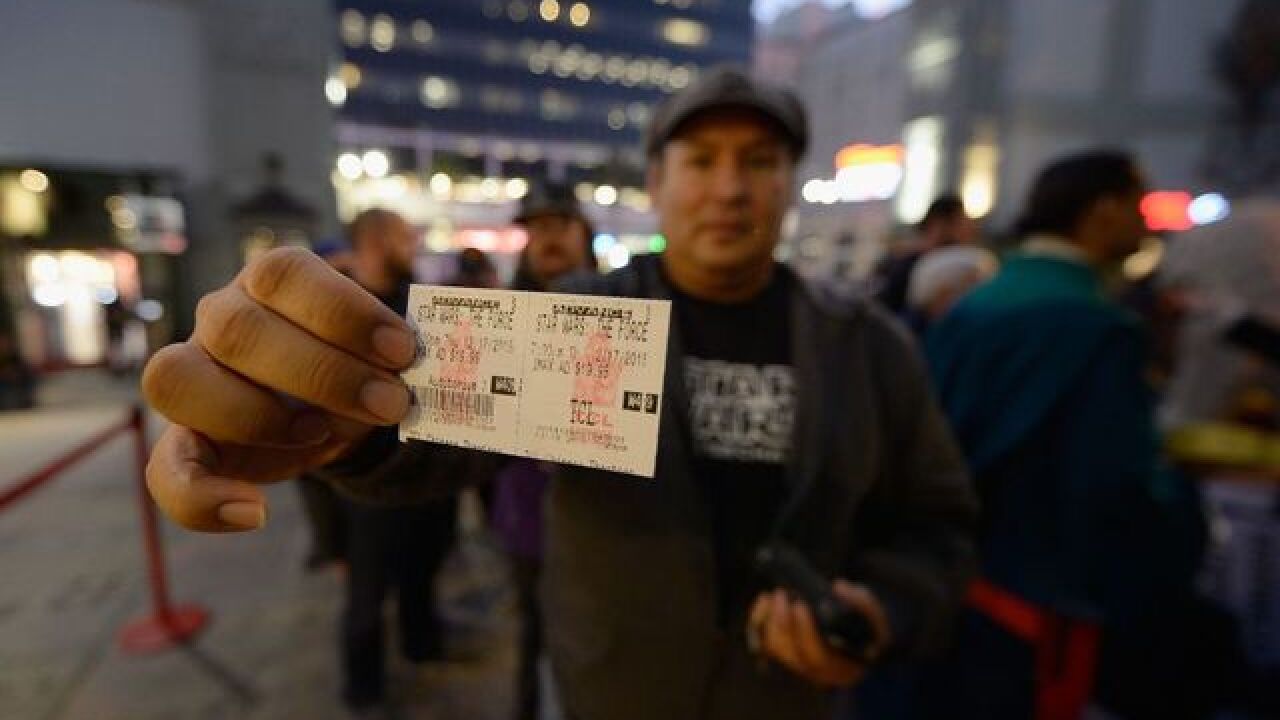 LOS ANGELES (AP) — Move over, "Avatar," there's a new force in town. In just 20 days in theaters, "Star Wars: The Force Awakens" has unseated the James Cameron pic as the No. 1 North American movie of all time.

According to Disney, J.J. Abrams' "Star Wars" earned enough on Wednesday to pass "Avatar's" $760.5 million lifetime gross. As of Tuesday, the film was just shy of the record at $758.2 million.

The worldwide record still belongs to "Avatar," though, and that may continue. "The Force Awakens" has earned $1.6 billion to date, as compared to "Avatar's" $2.8 billion.

"Star Wars" will open in China on Jan. 9, which will give the film a significant boost, but some analysts are predicting that the film might now net out in the mid-$2 billion range.

"Avatar" was No. 1 for seven weeks, and in the top 10 for 14 weeks. "Star Wars" had a significant domestic head start on "Avatar" as it set a record for highest grossing opening weekend with nearly $248 million in revenue. "Avatar" grossed $77 million its opening weekend.

"Star Wars" is already the fourth-highest grossing movie worldwide, and should pass "Jurassic World" this week.