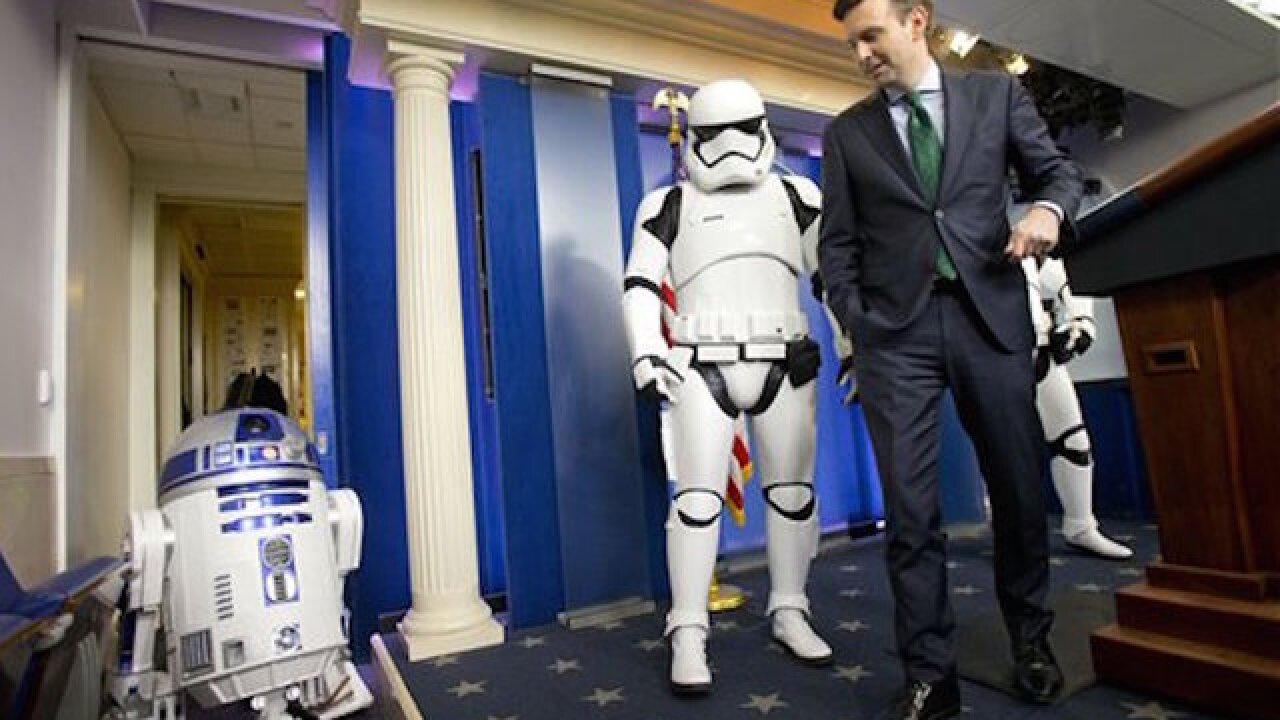 That honor went to a special screening of "The Force Awakens" for Gold Star families who have lost relatives to combat- or service-related injuries.

White House spokesman Josh Earnest also got into the spirit, posing for pictures with R2-D2 and two Stormtroopers in the press briefing room. R2-D2 also interacted with reporters by playing the Star Wars theme song and some patriotic tunes.

Obama left the press conference saying he needed to get to "Star Wars." He has not yet issued a presidential review.