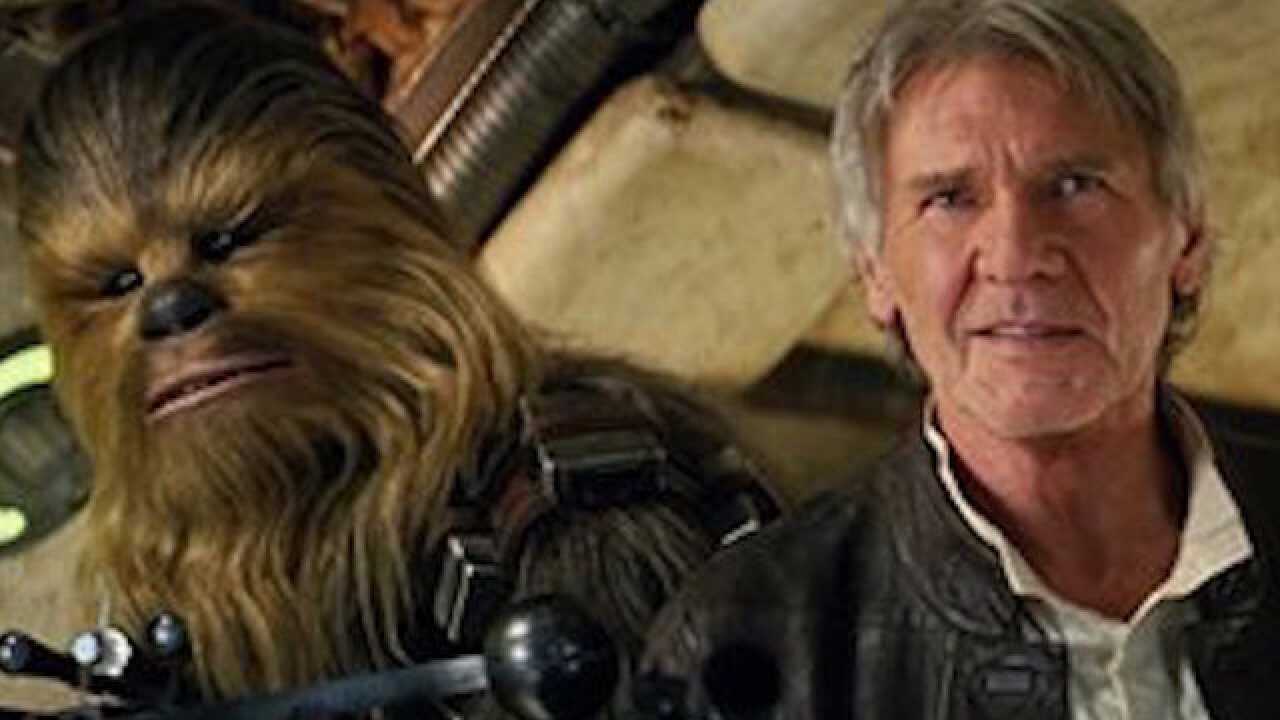 The revival of the nearly 40-year-old space saga has already dominated the box office and toy shelves. Now, it's also been selected as The Associated Press Entertainer of the Year and is amassing support for Academy Awards consideration.

"Personally, it's been three years of feeling privileged to be part of something that's bigger than all of us," filmmaker J.J. Abrams told the AP in an interview. "This accolade is very much appreciated and no exception to that feeling."

"Star Wars" won the AP's annual Entertainer of the Year contest with a volley of votes from members that would rival the firepower of the First Order.

The sci-fi series bested Adele, Taylor Swift and Amy Schumer as the top vote getter. Others up for the honor included streaming services, Jon Stewart, Jennifer Lawrence, Taraji P. Henson, Viola Davis and the Kardashians. Voters were asked to consider who had the most influence on entertainment and culture in 2015.

"In a year full of sequels, reboots and returns, none have recaptured the zeitgeist like 'Star Wars: The Force Awakens,'" wrote Nick Dutro of The Advertiser-Tribune in Tiffin, Ohio.

In the year leading up to the December release of "The Force Awakens," Disney and Lucasfilm unleashed a barrage of "Star Wars" merchandise, comic books and video games that fueled anticipation for the film.

When the movie opened in theaters, "The Force Awakens" lit up screens — and fans' eyeballs — brighter than a lightsaber. With an astronomical $248 million debut at the box office last weekend, the newest "Star Wars" entry trampled over the record for biggest debut in North America, set earlier in the year by "Jurassic World."

"The Force Awakens" also has won over most critics, despite not being screened for them ahead of the film's mammoth Dec. 14 premiere in Hollywood. The American Film Institute selected it as one of its 10 best movies of the year, and the Critics' Choice Awards added it as an 11th best picture nominee, leading many to have faith in "The Force Awakens" as a viable Oscar contender.

"The 'Star Wars' franchise is holding an IOU that it could cash in this year," said Tom O'Neil, editor-in-chief of Gold Derby, a site that handicaps Hollywood awards and other events. "The Oscars owe major love to the 'Star Wars' franchise. It's one of the most successful and beloved franchises in Hollywood history. It's criminal that Oscar voters have never historically taken sci-fi seriously."

While previous "Star Wars" films garnered 22 nominations and seven wins at the Academy Awards, only the original "Star Wars" earned a best picture nod. It lost to "Annie Hall" in 1978.

"The Force Awakens" is already on the academy's short list for a visual effects nomination with 9 other films, and O'Neil is hopeful that it will be among the best picture candidates when the Oscar nominations are announced Jan. 14. He also wouldn't be shocked if Harrison Ford is recognized for reprising his role as Han Solo and composer John Williams earns his 50th nomination for the film's score.

"It's funny," said Abrams. "I've spent the last few years with everyone asking me how I am dealing with the pressure. The truth is that anything that happens at this point is icing on a cake that I'm just happy came out of the oven."

"Star Wars" joins the list of previous AP Entertainer of the Year winners who in recent years have mostly included female performers, including Adele, Taylor Swift, Jennifer Lawrence, Lady Gaga, Tina Fey and Betty White. The animated Disney juggernaut "Frozen" captured the prize in 2014, and Stephen Colbert was honored in 2007.