Stocks fall due to worries about China, Mideast 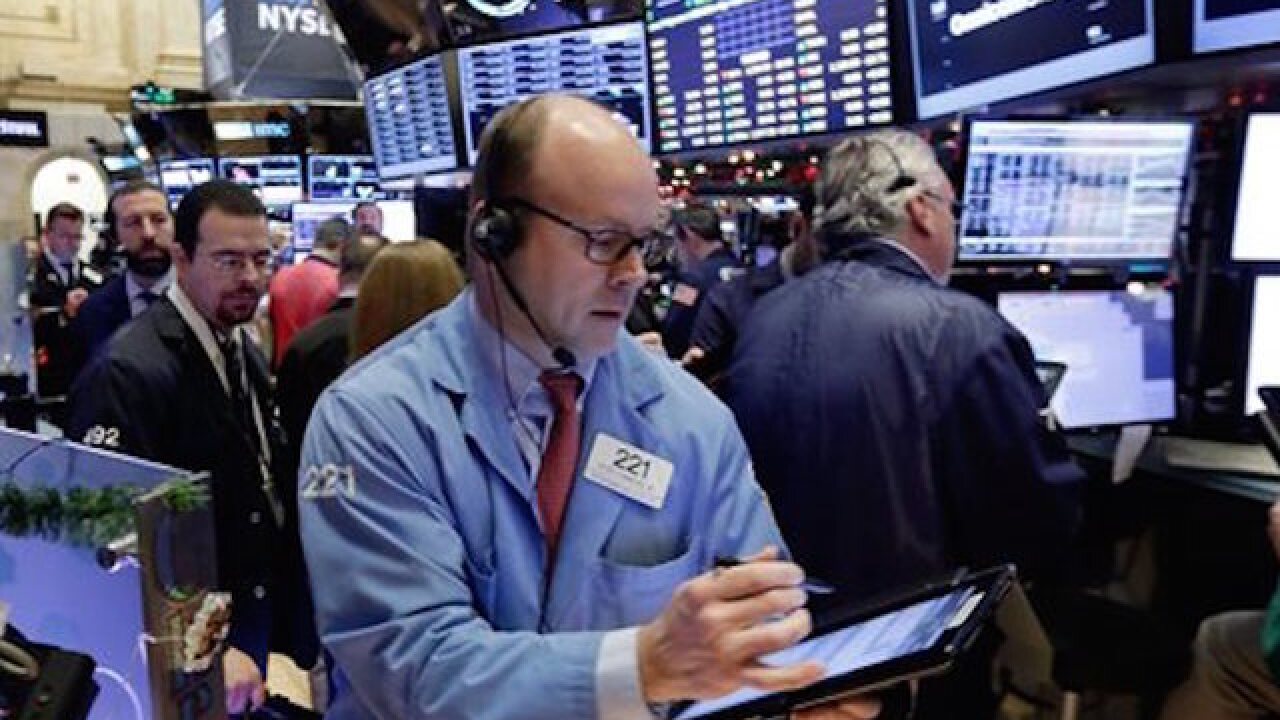 Richard Drew
<p>Trader Peter Mancuso, center, works on the floor of the New York Stock Exchange, Monday, Jan. 4, 2016. U.S. stocks are opening 2016 on a grim note, dropping sharply after a plunge in China and declines in Europe. (AP Photo/Richard Drew)</p>

NEW YORK (AP) — The new year got off to an inauspicious start on Wall Street as stocks tumbled Monday in a global sell-off triggered by new fears of a slowdown in China and rising tensions in the Middle East.

The Dow Jones industrial average clawed back from a steep early decline but still ended down 1.6 percent, its biggest loss in two weeks. Markets in Asia and Europe were down more.

The wave of selling on the first trading day of 2016 served as a reminder that worries over the fragile global economy that weighed on financial markets last year are not going away anytime soon.

"It's going to be a turbulent year," said Kevin Kelly, chief investment officer of Recon Capital Partners. "This isn't a blip."

Investors were also unnerved by heightened tensions between Saudi Arabia, a huge oil supplier, and Iran. Saudi Arabia executed a prominent Shiite cleric, prompting Iranian protesters to set fire to the Saudi Embassy in Tehran on Sunday. The price of oil swung wildly.

The selling in China spread quickly across markets in other Asian countries, then to Europe. The DAX index in Germany tumbled 4.3 percent. Britain's FTSE 100 fell 2.4 percent, while France's CAC 40 dropped 2.5 percent.

Huang Cengdong, an analyst for Sinolink Securities in Shanghai, said he expects more turmoil in the Chinese stock market ahead of corporate earnings reports. "There will be heavy selling in the near future," Huang said.

In the U.S., investors were also worried about data suggesting that slow overseas growth and low oil prices are continuing to hurt U.S. manufacturers. A report from the Institute for Supply Management showed manufacturing contracted last month at the fastest pace in more than six years as factories cut jobs and new orders shrank.

In China, the Caixin/Markit index of manufacturing fell in December for the 10th straight month. The resulting stock drop markets in Shanghai and Shenzhen led authorities to halt trading under a "circuit breaker" mechanism announced late last year. It was the first time China used the system.

The slowdown in China is worrisome around the globe because the country's manufacturers are huge buyers of raw materials, machinery and energy from other countries. Also, many automakers and consumer goods companies are hoping to sell more to increasingly wealthy Chinese households.

Chinese authorities have been trying for months to restore confidence in the country's market after a plunge in June rattled global markets and prompted a panicked, multibillion-dollar government intervention.

"A weak first day of the year doesn't portend that 2016 will be a down year," Cecilia said. "There are a lot of trading days left."

Escalating tensions in the Middle East briefly sent the price of oil surging. Saudi Arabia said Sunday it is severing diplomatic relations with Iran, a development that could potentially threaten oil supplies.

"Oil markets will be concerned that this could be an incremental step in a deteriorating political situation that might ultimately threaten world oil supply," Ric Spooner, chief analyst at CMC Markets, said in a commentary.

Benchmark U.S. crude fell 28 cents to close at $36.76 a barrel on the New York Mercantile Exchange.

Bond prices rose, sending yields lower. Investors tend to park money in U.S. government bonds when they are fearful of weak economic growth or turbulence in stocks and other markets. The yield on the 10-year Treasury note fell to 2.24 percent from 2.27 percent.

Brent crude, the international standard, edged down 6 cents to close at $37.22 a barrel in London.