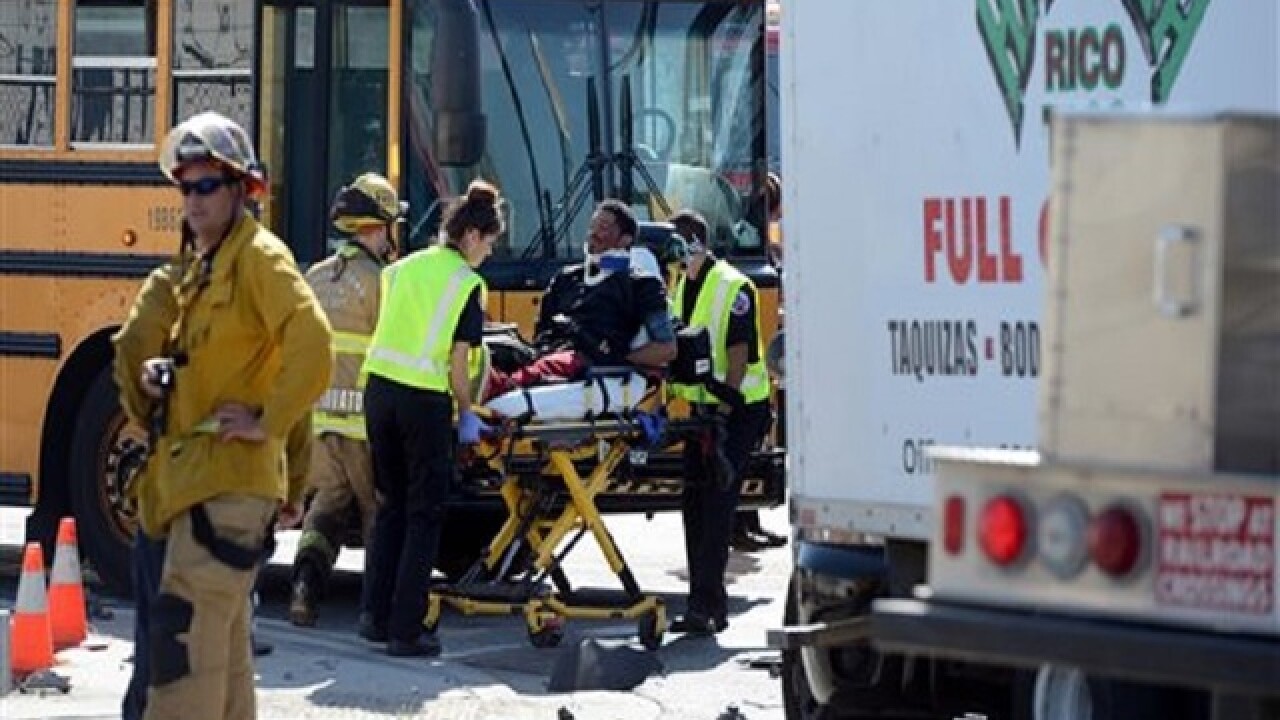 SAN BERNARDINO, Calif. (AP) — Southern California authorities say two men fleeing from police in a stolen taco truck sideswiped a school bus full of children, took down the lights at an intersection and smashed into a propane truck.
No one was seriously hurt in the chase Monday. San Bernardino police Lt. Rich Lawhead says the men fled after officers spotted them in the stolen truck on a highway.
After the crash, witnesses tell the San Bernardino Sun that officers fired two shots at the men.
Driver Jeremy Morales says the scene was so crazy that he pulled into a nearby service station to get out of the way.
Lawhead says the men in the truck were taken to a hospital as a precaution.
Other buses took the children to school.
Associated Press 2016