Storm-weary Carolinas to get another hit of strong winds, drenching rain from Hurricane Michael 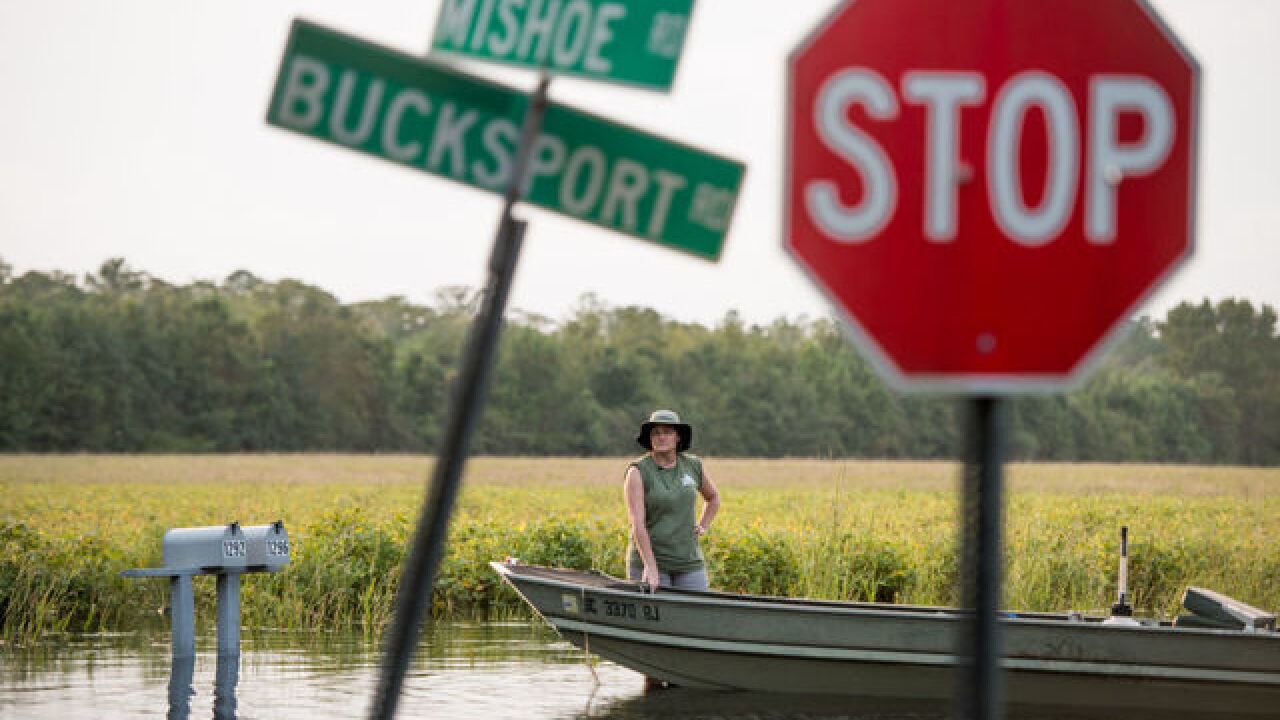 Image copyright 2018 Getty Images. All rights reserved. This material may not be published, broadcast, rewritten, or redistributed.
Sean Rayford
<p>A woman stands by a boat in floodwaters from the Waccamaw River caused by Hurricane Florence on September 26, 2018 in Bucksport, South Carolina. Nearly two weeks after making landfall in North Carolina, river flooding continues after Florence in northeastern South Carolina.</p>

The storm-weary Carolinas are preparing for another round of strong winds and drenching rains -- this time from Hurricane Michael.

Michael is speeding toward the Florida Panhandle as a Category 4 storm, and is expected to make landfall Wednesday afternoon.

From there, it'll move into the Southeast and some areas in North and South Carolina, where it's expected to bring strong wind gusts and drop 3 to 5 inches of rain when it passes central parts of the states Thursday and Friday, CNN meteorologist Michael Guy said.

While it doesn't sound like much compared to last month's record Florence rainfall of 30 inches or more in some areas, any amount of rainfall on already saturated grounds could lead to flooding.

Northeast South Carolina, from Columbia toward Myrtle Beach, and southeast North Carolina, were among the areas hardest hit by Florence, and will get a drenching from the latest hurricane, Guy said. While the rain will move quickly compared to Florence, it'll still bring flooding possibilities.

Those areas are under a flash flood and tropical storm watch.

"Areas where the shoreline has already become weakened from Florence, as well as other coastal flood prone areas are at the most risk," the National Weather Service said.

North Carolina Gov. Roy Cooper assured residents that Hurricane Michael will not be as devastating as Florence. However, he reiterated the need to have emergency plans and stock up on supplies such as food, water, flashlights and medication.

"I know people who weathered Florence last month and other storms before don't want to even think about another one," Cooper said. "But we have to. So I'm asking you to be watchful and alert, and to get ready."