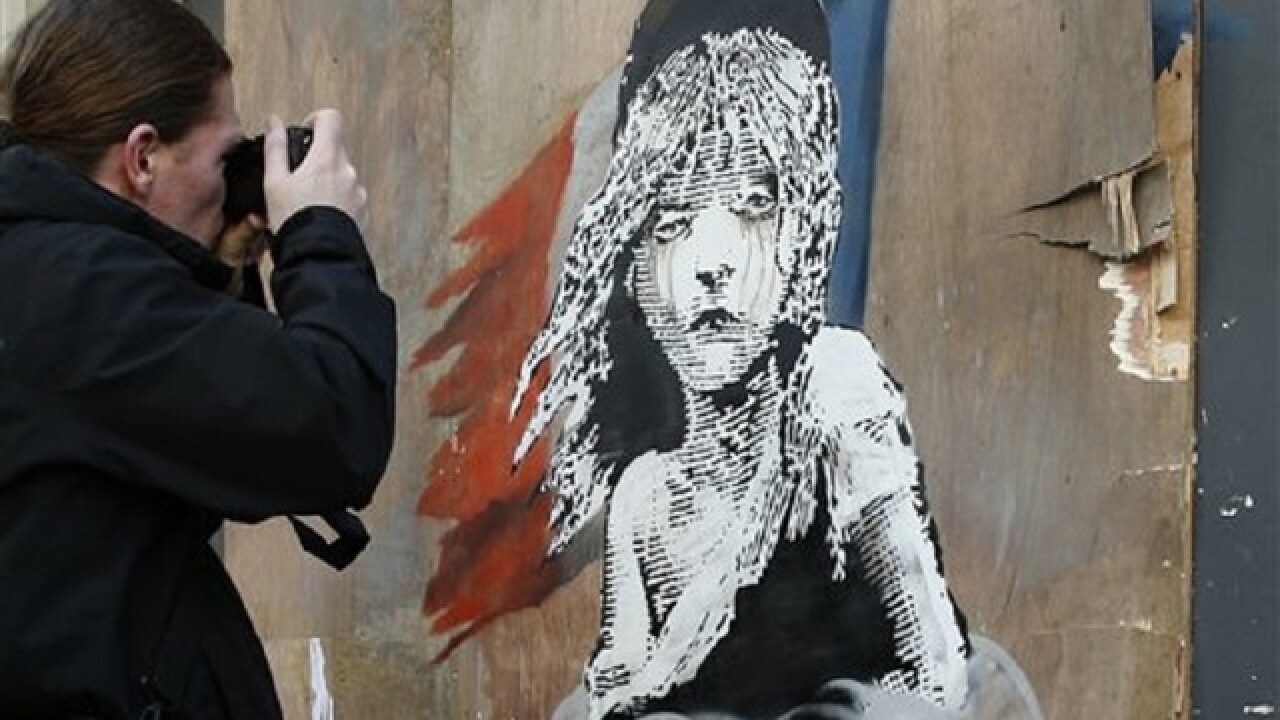 Alastair Grant
<p>A man takes a photo of a new artwork by British artist Banksy opposite the French Embassy, in London, Monday, Jan. 25, 2016. The artwork depicts the young girl from the musical Les Miserables with tears streaming from her eyes as a can of CS gas lies beneath her. The work is criticising the use of teargas in the refugee camp in Calais. (AP Photo/Alastair Grant)</p>

LONDON (AP) — The street artist Banksy has taken a swipe at French authorities for their handling of the migrant crisis in Calais, placing a drawing of the child featured on posters for the musical "Les Miserables" surrounded by tear gas.

The elusive street artist placed the mural near the French Embassy in London. His publicist, Jo Brooks, confirmed Monday that the work was genuine.
The work contains an interactive image that links to a video that shows police using tear gas in a Calais raid.
It's not the street artist's first criticism of France. Last month, he tried to underscore the potential of migrants by depicting the late Steve Jobs — whose biological father was from Syria — carrying a black garbage bag and an early model of the Macintosh computer.
Copyright 2016 The Associated Press. All rights reserved. This material may not be published, broadcast, rewritten or redistributed.
RTV6