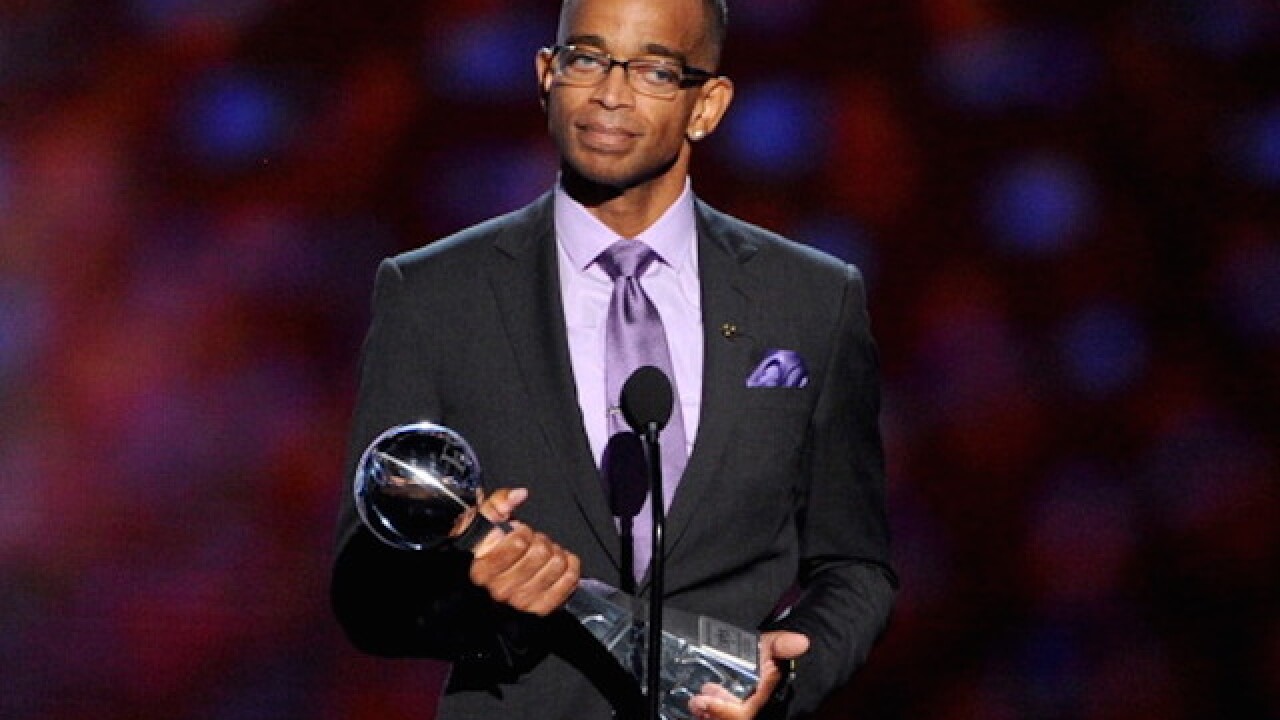 On the one-year anniversary of their father’s death, the daughters of Stuart Scott posted a moving video love letter in his memory.

The former ESPN anchor and sports media icon passed away on Jan. 4, 2014 after a lengthy battle with cancer. On Monday, his daughters Sydni and Taelor posted their video tribute on the website Dear World, which can be viewed above.

Both daughters share how they’ve grown in the year since their father's passing, and how he continues to inspire them daily.

Before his death, Scott often credited his daughters with the inspiration to continue his fight against cancer. From his autobiography Every Day I Fight:

...I can’t deny that cancer has actually given me something. Because it gives every moment meaning. Because I’m on a time clock and I don’t know what that time clock says. And no moments are deeper than those with my knuckleheaded daughters, for whom I fight every day.

Taelor also joined her father on stage during her father’s famed speech during the 2014 ESPY Awards.

Scott joined ESPN as an anchor in the mid-90s and quickly gained notoriety for his popular catch phrases — phrases like “Booyah!,” “cool as the other side of the pillow,” and “straight butter.” His style spawned a revolution in sports broadcasting, and he continues to be an influence to thousands today.