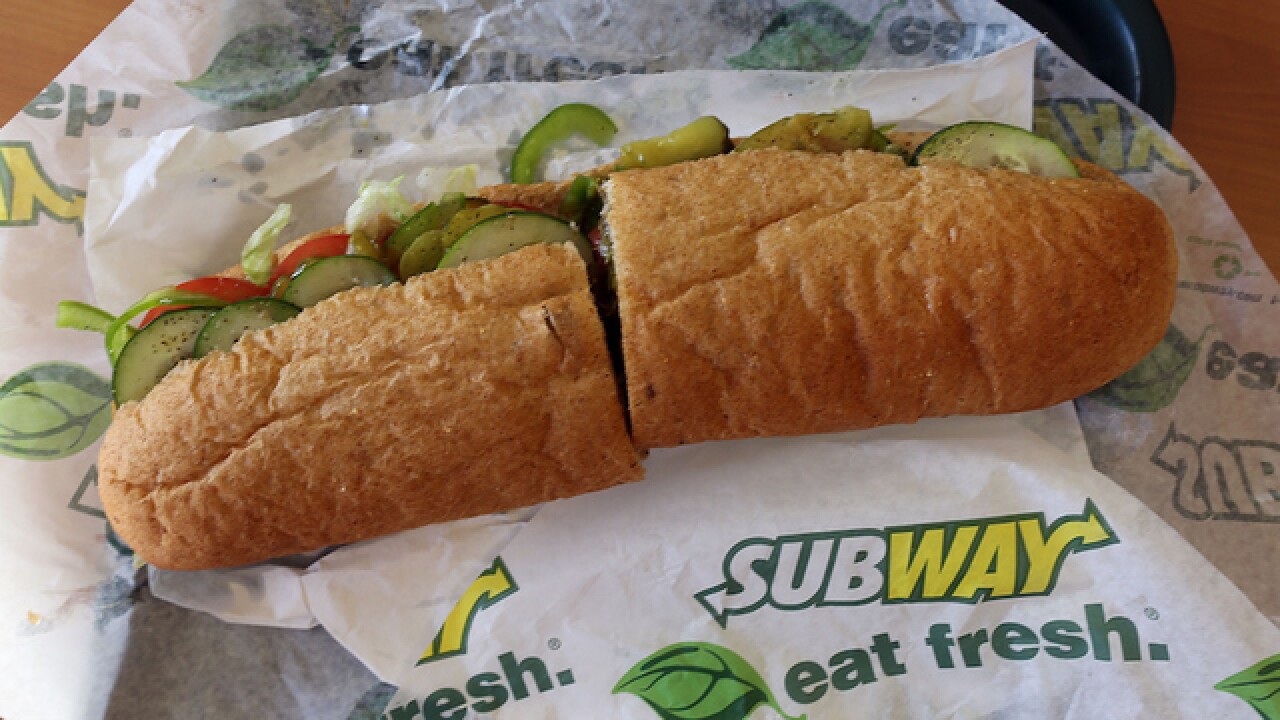 Copyright Getty Images
Joe Raedle
<p>MIAMI, FL - OCTOBER 21: A Subway sandwich is seen in a restaurant as the company announced a settlement over a class-action lawsuit that alleged that Subway engaged in deceptive marketing for its 6-inch and 12-inch sandwiches and served customers less food than they were paying for on October 21, 2015 in Miami, Florida. While it denies the claims, Subway said that franchisees would be required to have a measurement tool in stores to make sure loaves are 12-inches. (Photo by Joe Raedle/Getty Images)</p>

NEW YORK (AP) — Subway is moving ahead and posting calorie counts on menu boards nationally despite another delay in a federal rule requiring the information.

The sandwich chain says its new menu boards with calorie counts are already rolling out around the country and should be up in all 27,000 of its U.S. stores by April 11. The decision to forge ahead comes as restaurant chains have awaited the Food and Drug Administration's final guidance and enforcement of a rule requiring food sellers with 20 or more locations to post the information.

"I think consumers are looking for this, and with all the delays, they're confused as to why it's not out there," said Lanette Kovachi, who leads Subway's global nutrition efforts.

As part of the federal health care overhaul, a rule was passed in 2010 requiring major chains to post calorie counts on menus with the goal of helping Americans make better food choices. After weighing retailers' concerns, the FDA came out with its final rules in 2014 and gave establishments until the end of 2015 to comply.

Last summer, the agency pushed back the deadline to the end of 2016.

Then last month, it delayed enforcement again to a year after it publishes its final guidance for companies. That guidance has been delayed as companies have lobbied for exemption. Domino's, for instance, says it doesn't make sense for chains that get so many of their orders online or over the phone.

Subway says it had already posted calories in about 4,000 stores in localities such as New York City that already require the information, as well as in California. And since January, it says it has been testing the new menu boards with calorie counts in another 7,000 restaurants.

The remainder of its stores should have the new menu boards by next week, the company said.

The Center for Science in the Public Interest in Washington, D.C., has advocated for calorie counts on menus, saying it helps customers make more informed choices and encourages food sellers to rethink their recipes if they don't want to scare off people with huge calorie disclosures.

Exactly how the calorie counts change people's behavior is not yet entirely clear, however.

The U.S. Department of Agriculture's Nutrition Evidence Library reviewed 10 studies that tested how calories on menus influenced food choices, and said it found "limited and inconsistent evidence" to support an association between the disclosure and food choices or intake. But most the studies were done in labs, rather than in restaurants, and measured behavior at just one point in time.

Since calorie counts for Subway sandwiches vary depending on the toppings people request, the chain says its menu boards will list information for basic sandwiches.

Within the year, Subway said it is also working on displaying on sneeze guards calorie counts for toppings like olives and cheese.