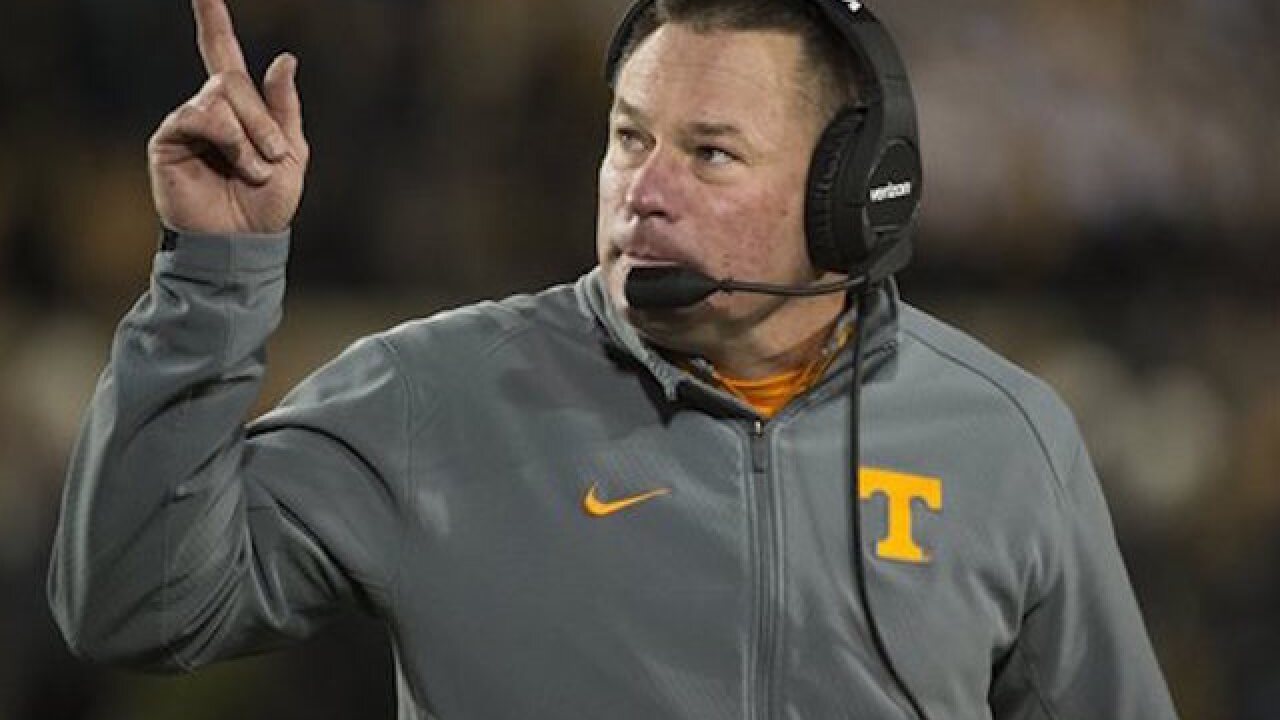 KNOXVILLE, Tenn. (AP) — A former Tennessee football player confirms he assisted a woman who said she had been raped by two other players and that he was later attacked by teammates and told by coach Butch Jones that he had "betrayed the team."

An amended complaint filed Wednesday in a Title IX lawsuit against Tennessee states Drae Bowles says a woman called 911 from his car to report a rape on Nov. 16, 2014. Bowles says he was punched in the mouth by teammate Curt Maggitt later that day and confronted by Geraldo Orta and Marlin Lane the following day.

The complaint adds Bowles says he called Jones to tell him about being punched and that Jones called back several hours later and apologized for his comments.