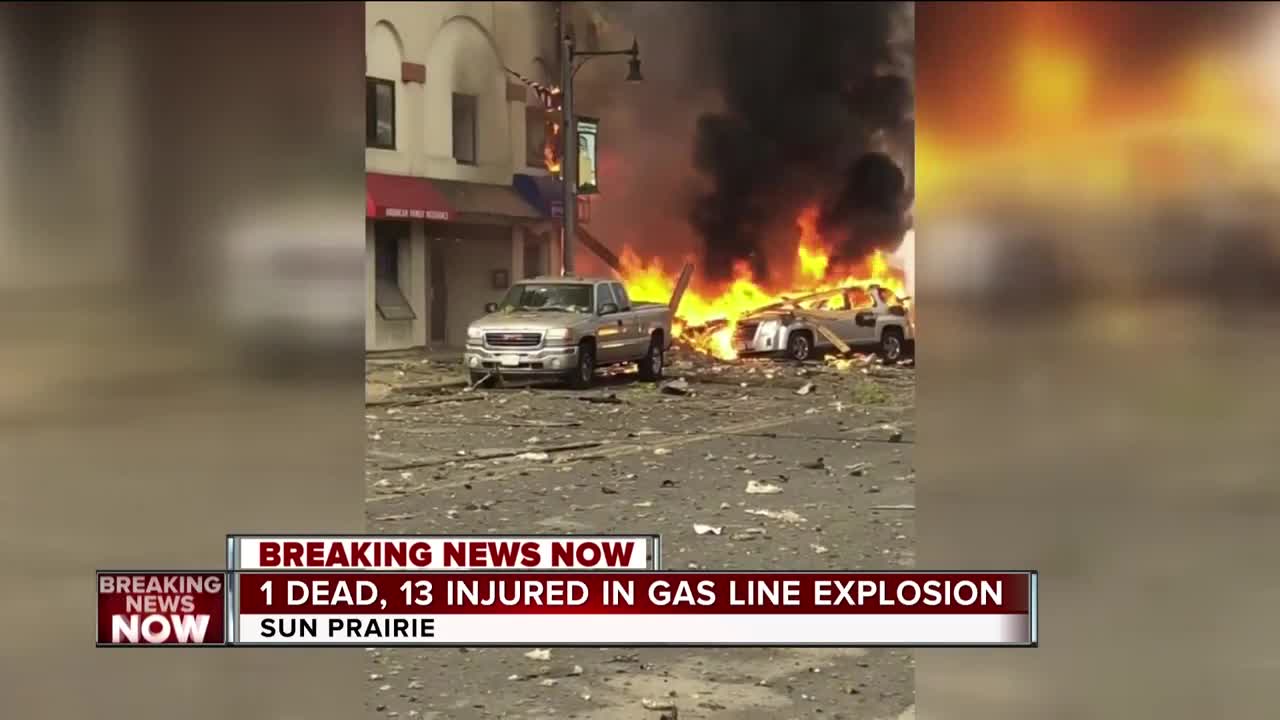 One firefighter died and several others were injured Tuesday in a gas explosion that tore through a small Sun Prairie, Wisconsin, business district, shooting up a plume of orange flames and white smoke and blowing wood and concrete debris across half a city block.

The blast, which reportedly could be felt a mile away from downtown Sun Prairie, happened around 7 p.m. Tuesday after a private contractor hit a natural gas main, officials said early Wednesday during a news conference.

Fires were still burning but contained on Wednesday morning in at least one of five buildings, including restaurants and a home, that were heavily affected, city officials said.

Meantime, one firefighter was still hospitalized and in stable condition, said police Lt. Kevin Konopacki of Sun Prairie, a suburb of Madison. Other injuries were minor.

Some of the city's 30,000 residents have been temporarily evacuated from their homes, Konopacki said.

'We will come back'

At least five firefighters, a police officer and six others were hurt in the explosion, which happened about 45 minutes after first responders were alerted to the smell of gas around a main line operated by We Energies, a private operator, Konopacki said.

"The incident came in as a gas leak, and that's what we were responding to," Sun Prairie Fire Assistant Chief Bill Sullivan said. "The fire itself is a result of the explosion."

Officials set a half-mile perimeter around the scene as fire crews controlled the area. After it's deemed safe, officials will investigate what caused the explosion.

The contractor that caused the leak isn't affiliated with We Energies, company spokeswoman Amy Jahns told CNN affiliate WMTV. The gas main was shut off, and about 500 natural gas customers were without service as of about 5:30 a.m., she said.

Sun Prairie Fire Chief Christopher Garrison said the firefighter who was killed had served more than 10 years with the department. His name wasn't immediately released.

"We are hurt," Garrison said of his team's loss of one of its veterans, "but we will come back."