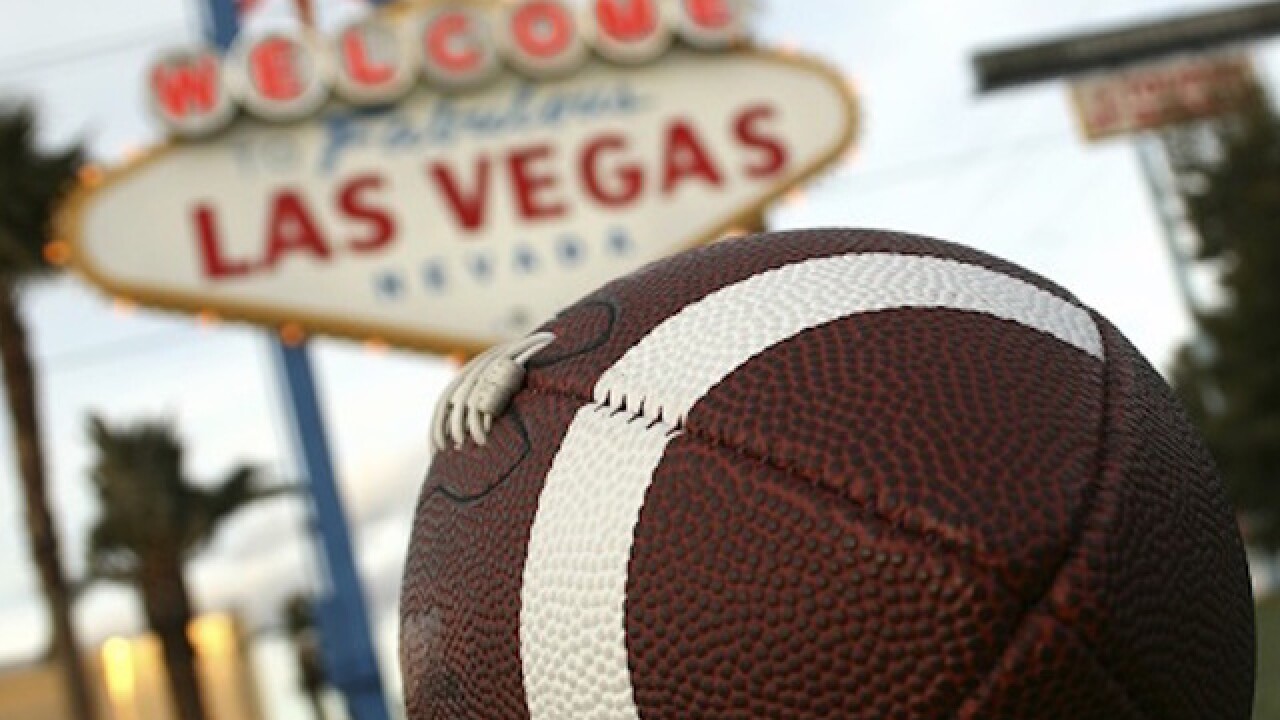 Face it, you love betting on the Super Bowl even though you never win. How many times can you be beaten in the office pool by someone who picks teams based on mascots, colors, or the attractiveness of the starting quarterback?

Still, hope springs eternal and Super Bowl 50, the "Golden Game," will come along on February 7th to give you another shot at redemption. According to Superbowlbets.com, you will not be alone as an estimated $10 billion will be wagered, spread among 200 million bettors across the globe.

Since Nevada began tracking Super Bowl revenue numbers in 1991, Vegas books are up by $134.2 million heading in to Super Bowl 50. Only two years resulted in losses: the 2008 upset by the Giants over the Patriots, and the 1995 crushing of the San Diego Chargers by the San Francisco 49ers.

Super Bowl betting begins well before the season, based on odds that a particular team could reach the Super Bowl. The Denver Broncos started the year at a sturdy 9:1, but the Carolina Panthers team was a 60:1 long shot. If you want, you can even place an early bet on the 2017 Super Bowl LI winner. As of this writing, Cleveland Browns has the longest odds at 200-1. (So much for Johnny Football.)

If you want to bet on the big game, you can bet on many other things aside from who wins the game. Most bets follow one of these forms:

Pools – Office pools are usually set up as 10 x 10 grids based on the last digit of each team's score. Individual squares are sold to create the pot and the numbers zero to nine are randomly drawn and assigned to rows and columns. Pools vary in the payout, but a common method is to pay 25% of the pot to the owner of the square with the correct combination of last digits at the end of each quarter. Sometimes the final score is worth a larger portion.

Verify the overtime rules of your pool. Sometimes the pot is split differently to accommodate overtime, other pools consider the end of all overtimes as the fourth quarter. Not there has ever been an overtime Super Bowl, but it’s good to know the rules in case that occurs.

Point Spreads – Point spreads are set by Vegas to keep the amount of bettor's money approximately equal on each side. If you have the favorite, they must win by more than the point spread (or "cover") for you to win. By betting on the underdog, you win if they win outright or lose by less than the point spread. Ties are "pushes," meaning nobody wins. Half-points, or "hooks," prevent ties from occurring. The opening lines on Super Bowl 50 have the Panthers as a 3.5- to 4-point favorite.

Over/Under – An expected point total for both teams is set by Vegas. You bet on whether both teams will score more or less than the total. The opening over/under is 44.5 points

Prop Bets – Prop (proposition) bets are bets based on any tangential aspect of the game or the overall spectacle that you can think of, and many that you can't. Football-related examples include betting on which team scores first or which player wins the MVP award. Others include the length of the National Anthem, the number of catch phrases uttered by announcers, and perhaps even an over/under on how many times Peyton Manning yells "Omaha" during the game.

Feel free to wager on the Super Bowl as you see fit, but follow this rule of thumb: don't bet more than you can afford to lose. Do as much research as you can, but remember how often experts are beaten by those who choose by mascot or team colors. Speaking of colors, at least one casino is taking bets on the color of Gatorade to be poured over the winning coach; purple and green are the long shots.

Enjoy the game, and the commercials. We bet you won’t see any for the film "Concussion."

This article was provided by our partners at moneytips.com.