Fun facts about the Super Bowl 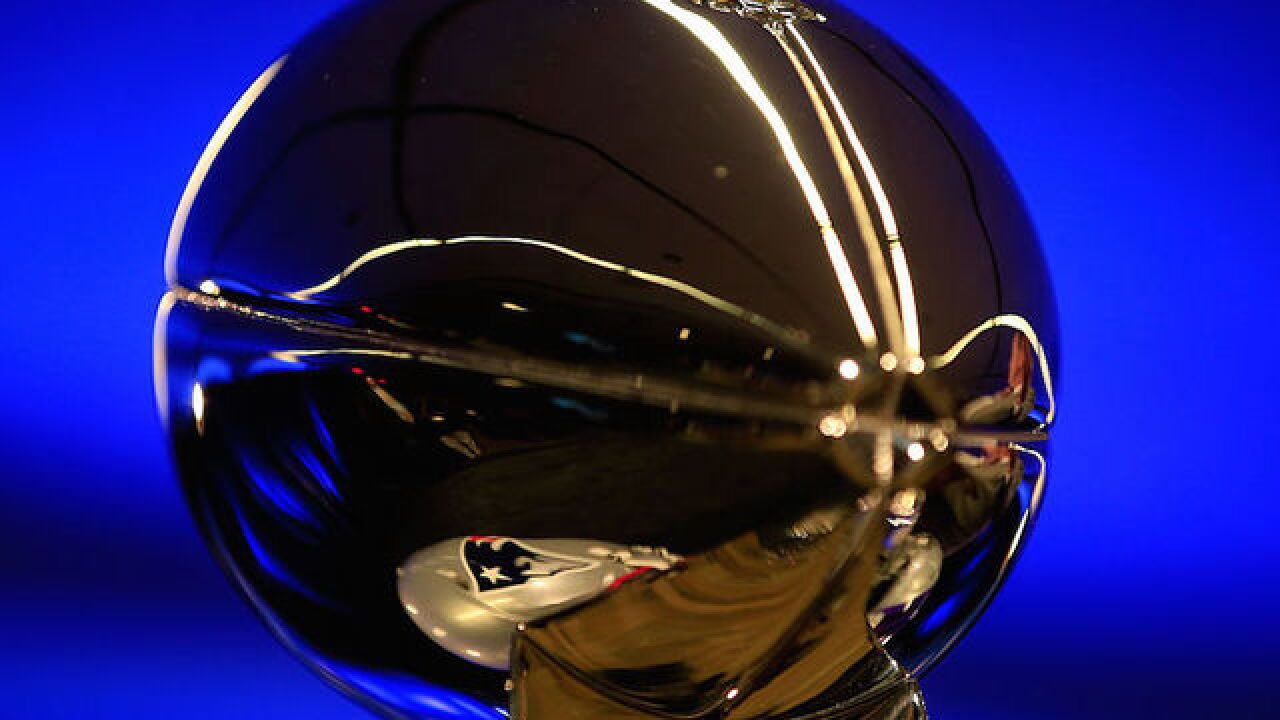 The NFL has come a long way from the first Super Bowl — which was not even called the Super Bowl, but the AFL-NFL World Championship Game. Keep that in mind as you ponder buying that eBay bargain "authentic" ticket stub with "Super Bowl I" printed on it.

Here are a few other fun facts and figures to consider about the big game.

Ticket Prices – TiqIQ lists the average Super Bowl 50 ticket price at just over $6,350 as of this writing. Compare that to the nearly $4,100 average ticket price on last year's Super Bowl during the same two weeks before the big game, and it seems likely Super Bowl 50 will set a new record. It's quite a change from 1967, when championship game tickets topped out at $12 each and the "secondary market" consisted only of ticket scalpers outside the L.A. Coliseum.

Pass the Guac – What is a Super Bowl without snacks, and plenty of them? Estimates suggest that during the Super Bowl, we consume 4,000 tons of popcorn, eight million pounds of guacamole with 14,500 tons of chips, and over 1.2 billion chicken wings, among other snacks. We will wash that down with over 325 million gallons of beer.

Betting – While many people watch the Super Bowl simply for the football action, bets on the “Golden Game” have taken on a life of their own as fans place bets on everything from the outcome of the game to the result of the opening coin toss and how long the National Anthem will be sung. According to Superbowlbets.com every year an estimated 200 million people worldwide wager approximately $10 billion on some form of Super Bowl bet.

History, Good and Bad – The Broncos are now tied with the Pittsburgh Steelers, the Dallas Cowboys, and the New England Patriots for the most Super Bowl appearances with eight. Unfortunately, they also lead in the number of Super Bowl losses with five. The Patriots have four losses, along with the Minnesota Vikings and Buffalo Bills — but they also have four wins compared to none for Minnesota and Buffalo.

Old Vs. New – Out of the last twelve Super Bowls, eleven of them featured one of three AFC quarterbacks: Tom Brady, Peyton Manning, or Ben Roethlisberger. Manning's latest playoff victory makes that twelve out of thirteen (unless Denver starts Brock Osweiler, which has as much chance of happening as Janet Jackson repeating as halftime entertainment). The other quarterback? Joe Flacco of the Baltimore Ravens, the only one of the bunch never to lose a Super Bowl.

Meanwhile in Carolina, the NFC supplies a former #1 pick at quarterback and a team that has appeared in the Super Bowl once, but lost its only appearance. Coincidentally, had Arizona won instead, that would have still been the case.

Where's the "L" – This is the only year that the NFL is abandoning the classic Roman Numeral designation, thinking that Super Bowl 50 sounds more appealing than Super Bowl L. However, next year Roman numerals will be back with Super Bowl LI. We can’t wait to get our kicks at Super Bowl LIX!

Maybe Next Year (but Probably Not) – Only four teams have never reached the Super Bowl. The recently added Jacksonville Jaguars and Houston Texans have not done so, nor have two of the league's oldest members: the Detroit Lions and Cleveland Browns. So far, it looks like that tradition will hold through the 2016 to 2017 season.

TV Commercials – The cost of Super Bowl ads has hit an almost absurd $5 million for a 30-second spot, up 11% from last year. Then again, how many TV events offer a captive audience where arguably the ads gather as much (or more) attention than the show?

TV Viewers – Last year's Super Bowl topped the list with 114.4 million viewers being treated to an exciting game that came down to the last seconds before New England sealed a victory over Seattle with a goal-line interception. Of the top ten individual television broadcasts ever, all but one are Super Bowls. The M*A*S*H series finale currently sits in seventh place at 106 million viewers. (If you don’t know what M*A*S*H is, ask your grandfather.)

Logically, in a few more years, the entire top ten list will be composed of Super Bowls.
Regardless of which team you root for, enjoy Super Bowl 50 with plenty of friends and plenty of snacks. If the game is a blowout, you can still enjoy the commercials… and your share of eight million pounds of guacamole!

This article was provided by our partners at moneytips.com.